LEXINGTON, Ky. (LEX 18) – A couple of gun thieves have been on the run since early this month, and police are desperate to get them into custody.

The main concern is that their original crime is likely to lead to others. Dan’s Discount was the victim of theft earlier this month, and the suspects got away with a gun.

Police say this one raises the ante for them because a gun theft puts everyone in danger and every business owner in jeopardy of being the next victim. The likelihood of a resale of a stolen gun is slim and because of that, police are convinced there are more serious factors at play.

The gun was stolen May 8. The persons of interest knew the store would be wired for surveillance cameras and still went ahead with their theft.

Being that brazen is yet another reason why police are working hard to locate the two who swiped it.

“This is a dangerous situation for us, because if you’re going to go to the trouble of committing a felony to arm yourself, what are you going to do with that gun later on? Makes us wonder why. What was so important you needed to get a stolen firearm, that you’d do that,” Detective Mark Thomas tells LEX 18.

Thomas added that this gun’s serial number has been put into an international database, and these guys likely know that, which means the chances of them trying to resell it are very slim and that their intentions are not very good. 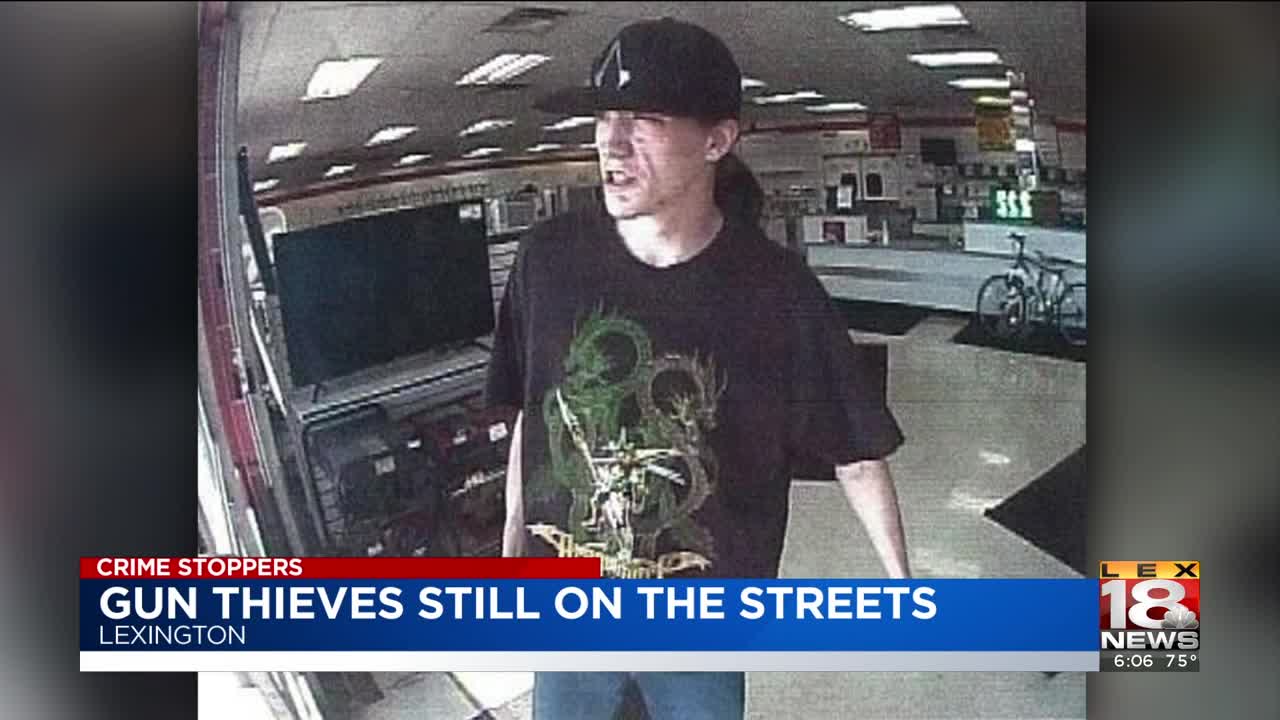 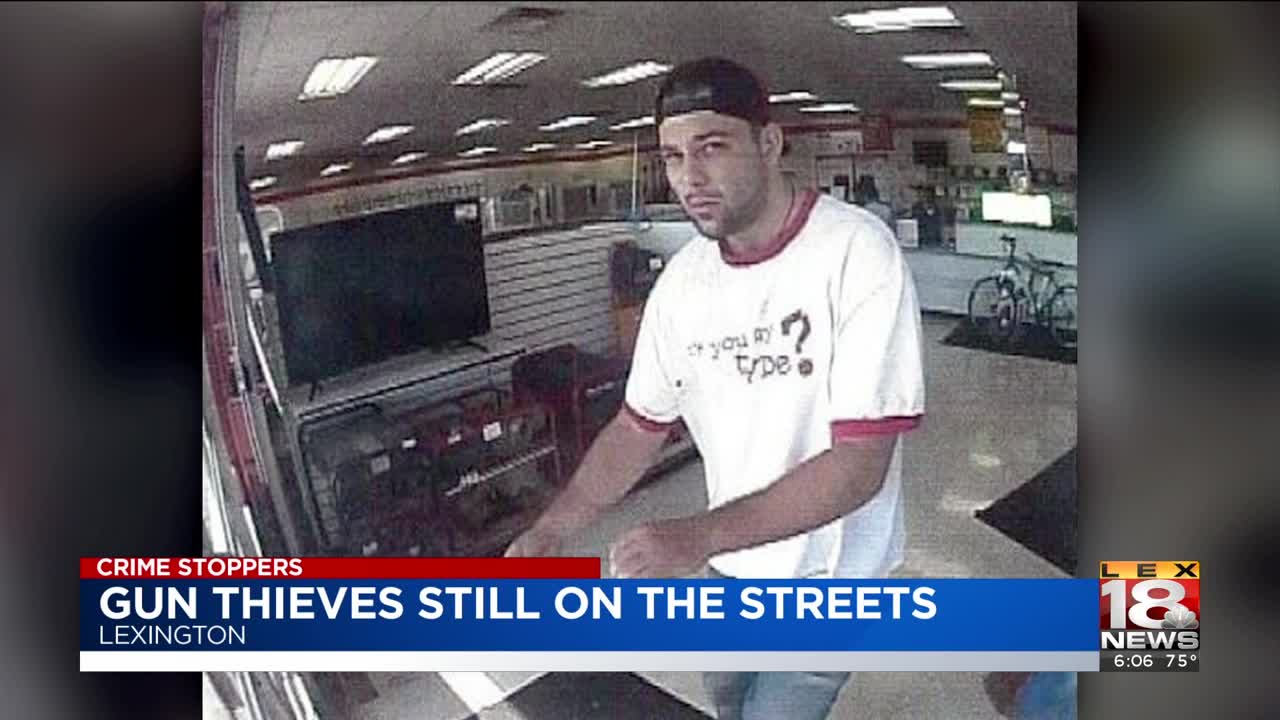