LEXINGTON, Ky. (LEX 18) – Last week, LEX 18 told you about at least one person of interest caught on camera shooting a pellet gun at cars and homes in a Lexington neighborhood.

Now, Bluegrass Crime Stoppers is on the case, offering a reward for information leading to an arrest.

A vehicle was caught on surveillance camera firing shots into homes and vehicles in the Meadowthorpe area of town. Many residents of this neighborhood are now stuck with big bills to get things fixed. Others are concerned that they’ll be next.

It’s not often Crime Stoppers immediately steps up this quickly after an event, but that’s how strongly the police feel about getting ahold of those responsible.

“I don’t know why anybody would want to do something like this, other than you have nothing better to do. So, we’d like to put this out there and keep it fresh in the media because this is not something, as a police department, that we’re prepared to let go. we’ve dedicated a lot of time and resources to this neighborhood trying to figure out who this person was,” Det. Mark Thomas told LEX 18.

Detective Thomas says that just because the vandal “only” used pellet guns doesn’t make this any less severe, as those can still cause serious injuries and death. 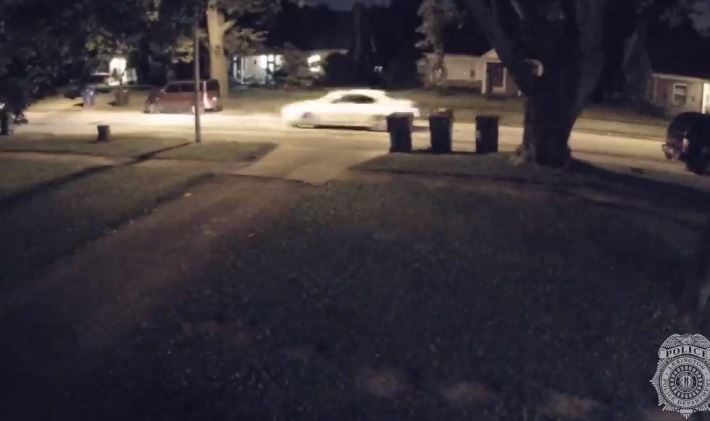