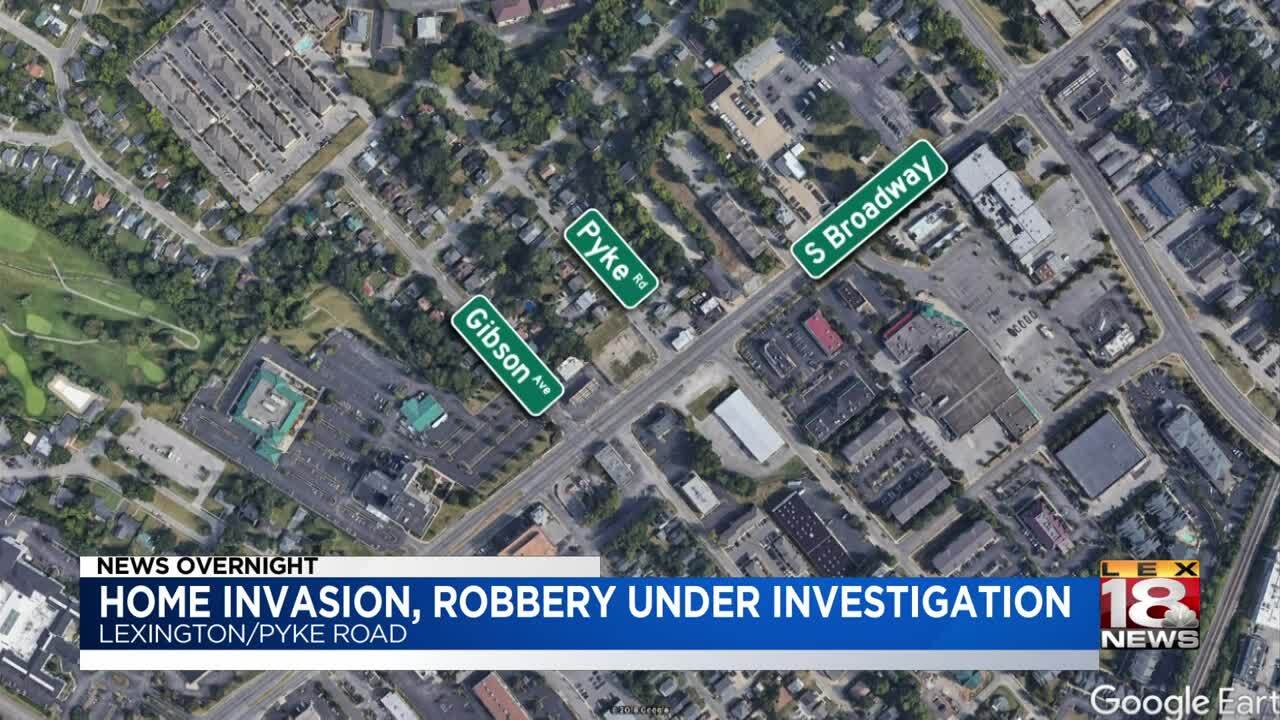 LEXINGTON, Ky. (LEX 18) — Police in Lexington were seeking two suspects who they say robbed a man and woman at gunpoint early Thursday morning in their home west of downtown.

Authorities said the home invasion and robbery occurred about 1 a.m. at a residence on Pyke Road near South Broadway.

Police said two men armed with handguns entered the home through a back entrance and demanded money and drugs.

Officials said the male occupant told the intruders he didn't have drugs but gave them money and a phone.

Officials said the male victim's injuries were not life-threatening and that he drove himself to an area hospital.

Lexington police were asking anyone with information about the crime to call authorities.