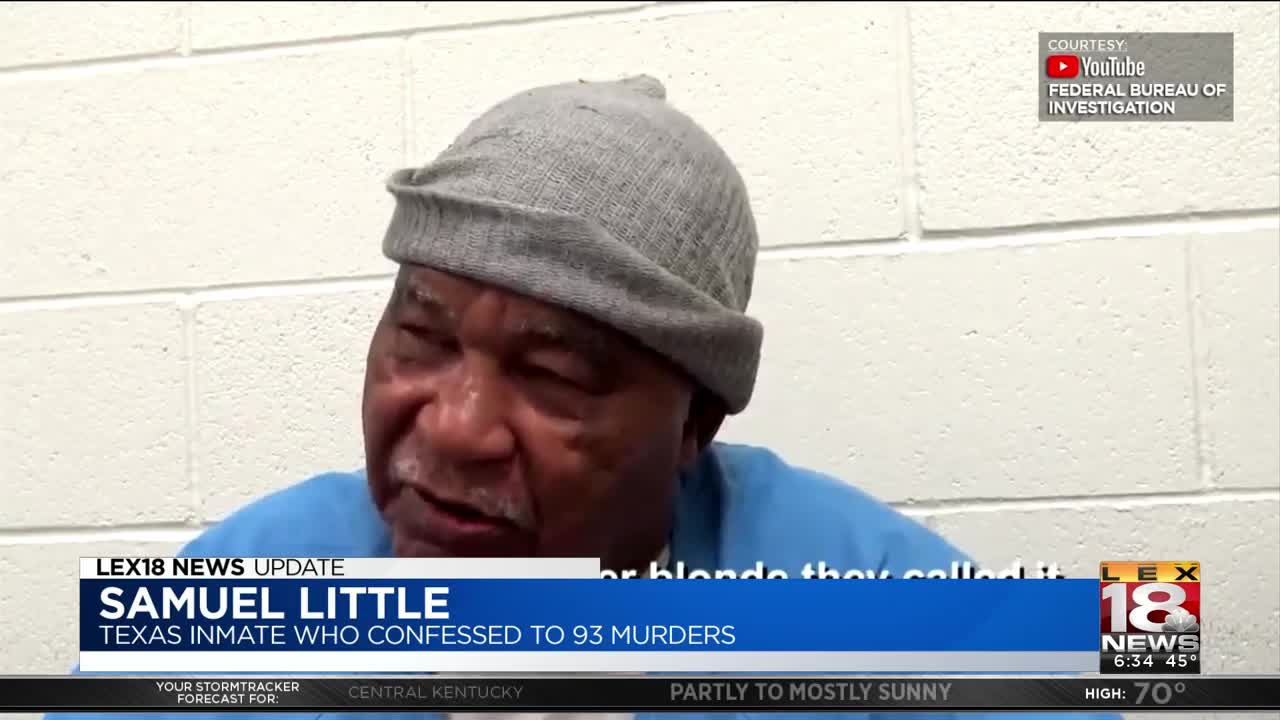 LEXINGTON, Ky. (LEX 18) — He said he hid her body at the top of a hill in Covington, Kentucky.

For decades, no one knew he did it. Nor that he was responsible for dozens of murders across the country.

Last year, 79-year-old Samuel Little confessed to murdering 93 women during a 35-year span. On Sunday the FBI confirmed 50 of his confessions; some matched with sketches and videos. One of the confirmed is about a 1984 murder of a "dishwater blonde" in Covington.

He said he met her outside a strip bar in downtown Columbus, Ohio.

In an interview with the FBI Little described her, "She's white. Blonde hair. Dishwater, dishwater blonde they call it. And short."

Investigators say they believe he is telling the truth and that he has a photographic memory, even sketching his victims decades later.

"Yeah, she did give you a hippy feeling. I think she was some kind of hippie, yeah," Little said.

In the interview, he explained she asked him to take her to Miami. After traveling through Cincinnati, he says they started driving through Kentucky.

"We got to Covington and then we continued through Covington," Little explained. "And there was a park that they were having a festival in. And she heard the music and--that band in there. And by her being a hippie type, she 'whoa' she want to get to that."

After a cop stopped them, Little said he drove her to the top of a nearby hill. That's where he said he strangled her in the backseat of his car.

Little confessed, "She was like partially concealed by the vegetation. I left her there."

She is just one of his victims.

The FBI said they need help identifying the final cases. To read more about the FBI's ongoing investigation, click here.