Adams elected next Secretary of State 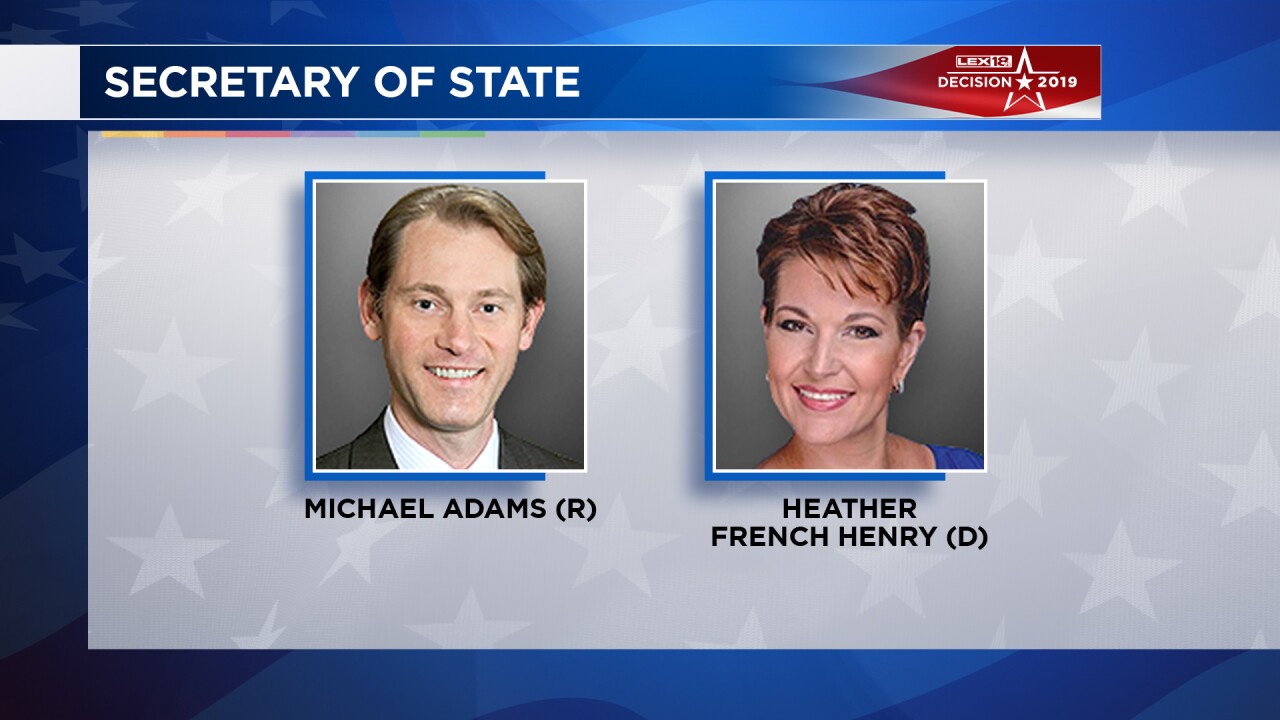 He beat out Heather French Henry, the Demcratic candidate, in the election.

French Henry is a former Miss America title holder. She served Gov. Steve Beshear and Gov. Matt Bevin as the commissioner and deputy commissioner of the Kentucky Department of Veterans Affairs.

Adams said he was the first to graduate college on either side of his family and he did well enough to get into Harvard Law School. He's worked for Sen. Mitch McConnell, Gov. Dletcher, and PResident George W. Bush's Justice Department.