"We care about this because we are part of the United States of America." 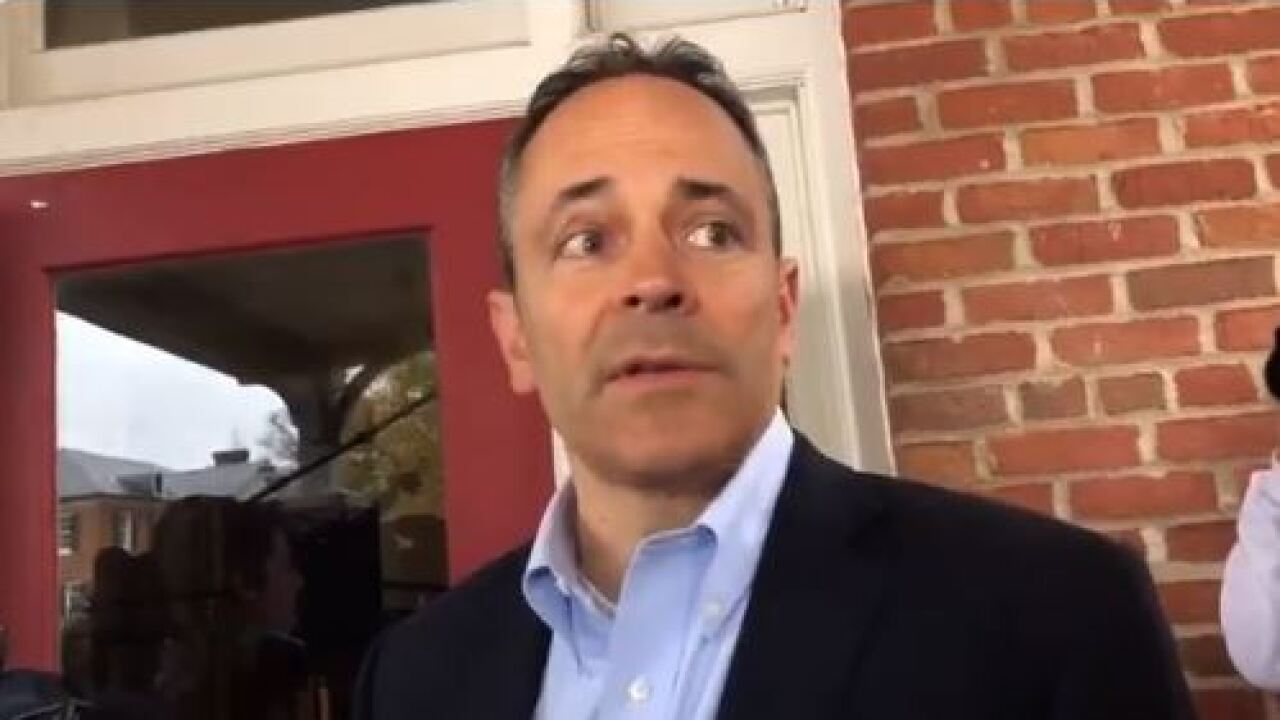 (LEX 18) — Gov. Matt Bevin took time on Election Day to speak with an NBC News reporter on why the Kentucky gubernatorial race is making national headlines, saying focusing on issues like impeachment is inevitable in statewide races.

Bevin spoke with NBC News reporter Vaughn Hillyard, who asked the governor why he was "nationalizing" the race so much by bringing in President Donald Trump and talking frequently about national issues such as the impeachment inquiry. The terse exchange was posted on Hillyard's social media.

E-Day in #KYGOV where GOP Gov. @MattBevin has made Trump/impeachment central to his re-elect bid (just turn on your TV & see the ads//rally last night w/ Trump). Bevin to NBC on nationalizing cmpgn: "We care about this because we are a part of the [USA]." https://t.co/iPh3UUmz6A pic.twitter.com/at5lacn0Qc

"...here's the irony, the fact that you ask why this is being nationalized and why people are talking about President Trump would indicate to me that you sort of have come out from under a rock because here in America that's pretty topical every night. And the fact that it's being talked about in Kentucky should not be a surprise," Bevin told Hillyard. " The president is talked about pretty much every night, every network, everywhere in America. And people in Kentucky are no exception. We're not going to pretend we're not the United States of America."