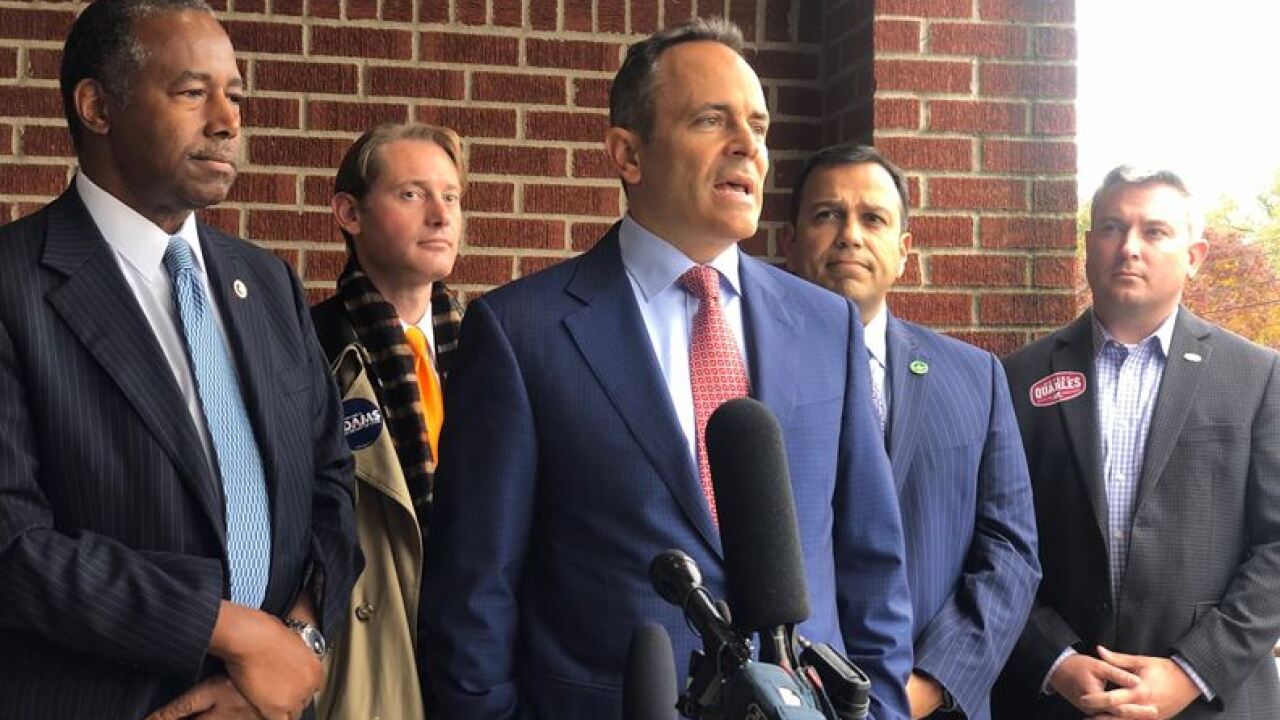 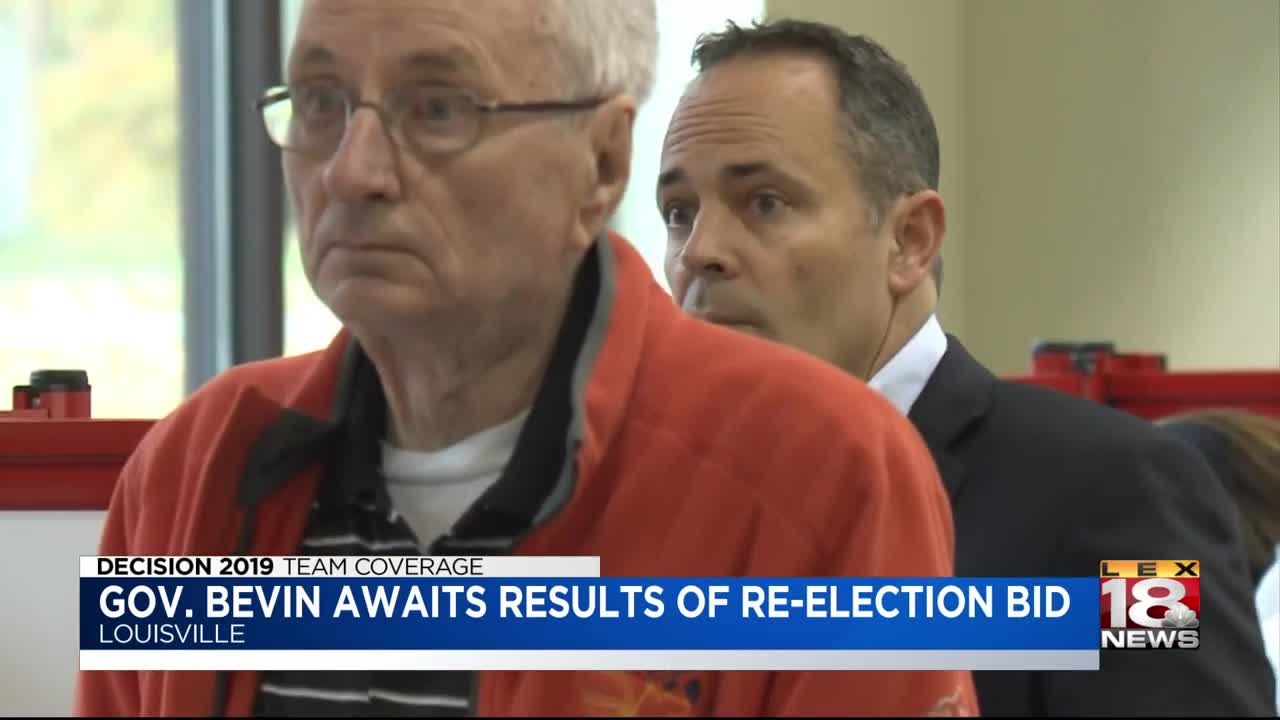 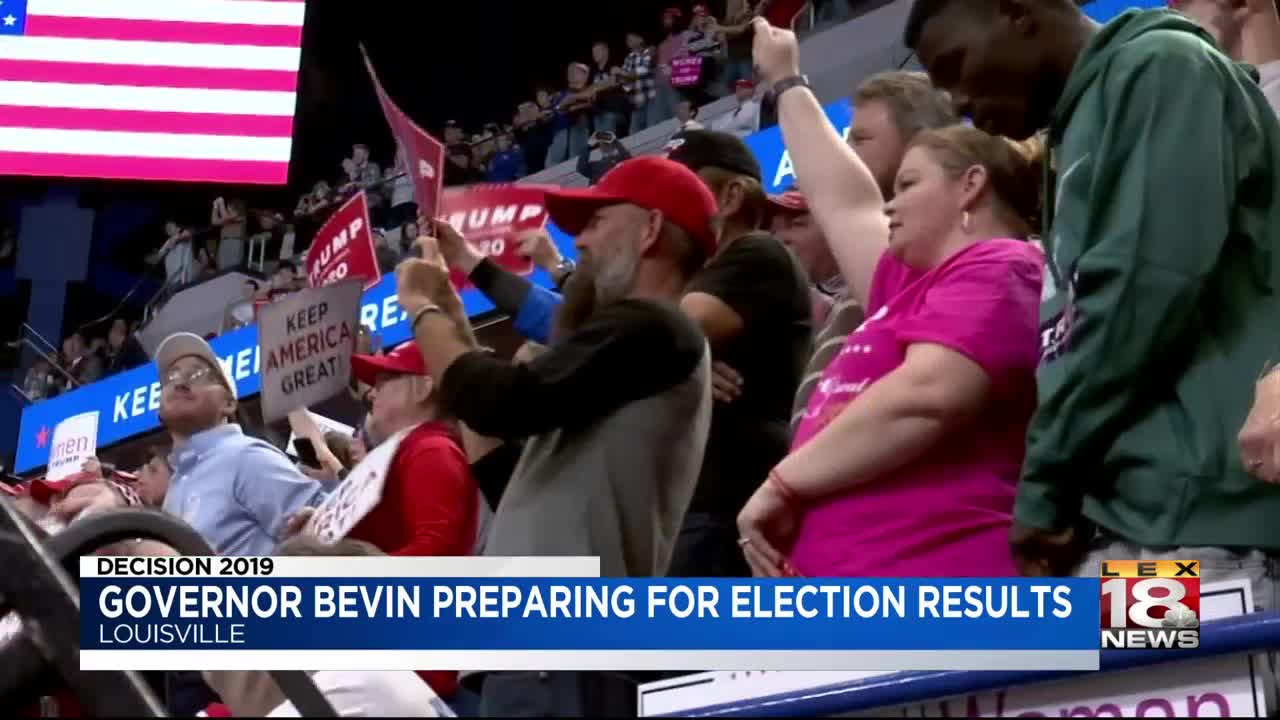 LEXINGTON, Ky. (LEX 18) — Has Governor Matt Bevin secured the office for one more term? The votes will determine that tonight.

As those votes come in, Bevin will be watching returns as his supporters party at the Galt House in Louisville. After he cast his vote, he said that he was feeling confident. Part of the reason for that confidence likely has to do with the appearance of President Donald Trump Monday at a "Make America Great" rally. Trump talked up the governor and highlighted their relationship, something Bevin himself has spent months doing as he campaigned across the state.

Tuesday morning Bevin was defensive when NBC News reporter Vaughn Hillyard asked him why he was "nationalizing" Kentucky's race for governor.

"Here's the irony, the fact that you ask why this is being nationalized and why people are talking about President Trump would indicate to me that you sort of have come out from under a rock because here in America that's pretty topical every night. And the fact that it's being talked about in Kentucky should not be a surprise," Bevin told Hillyard. " The president is talked about pretty much every night, every network, everywhere in America. And people in Kentucky are no exception. We're not going to pretend we're not the United States of America."

LEX 18's Karolina Buczek and LEX 18 Chief Photographer Brian Gilbert are at the Galt House and will update us as our coverage continues.