Here's a look at the other races Kentuckians will vote on 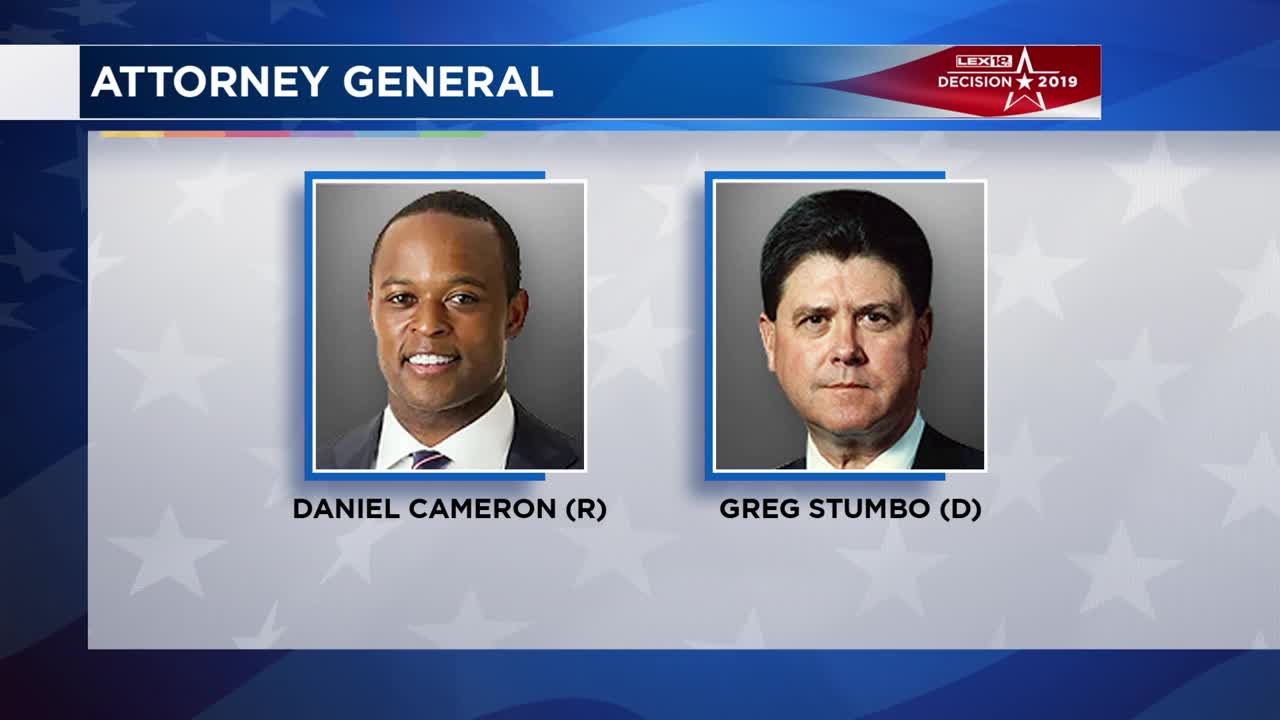 LEXINGTON, Ky. (LEX 18) — The governor's race won't be the only race that voters will be deciding on on Tuesday.

The race for attorney general has consisted of attacks on the campaign trail and in ads, a lawsuit, and the common theme of experience.

Longtime Democratic lawmaker Greg Stumbo stands behind his four decades in Frankfort working with litigators on both sides of the aisle and his previous work as attorney general.

Republican Daniel Cameron is a relative newcomer to Kentucky politics, but said his experiences across the state, and in Washington, make him the man for the job.

Alison Lundergan Grimes is presiding over her final election as secretary of state after serving two terms.

The two candidates vying to replace her are Democrat Heather French Henry and Republican Michael Adams.

Henry is calling herself the "most non-partisan candidate running for office."

On the republican side, Adams is calling himself the only conservative in the race.

In the race for state auditor, incumbent Republican Mike Harmon is facing off against Democrat Sheri Donahue, and Kylen Hugenberg from the Libertarian Party.

For the position of state treasurer, incumbent Republican Allison Ball is taking on Democrat Michael Bowman.

And finally, in the race for the commissioner of agriculture, Republican Ryan Quarles is seeking a second term against Democratic challenger Robert Haley Conway and Libertarian candidate Josh Gilpin.

If you find any problems at the polls on Tuesday, the attorney general's office wants to hear from you.

If you think you saw any election laws broken or suspect voter fraud, you are asked to report it to the Election Law Violations Hotline at 800-328-VOTE.