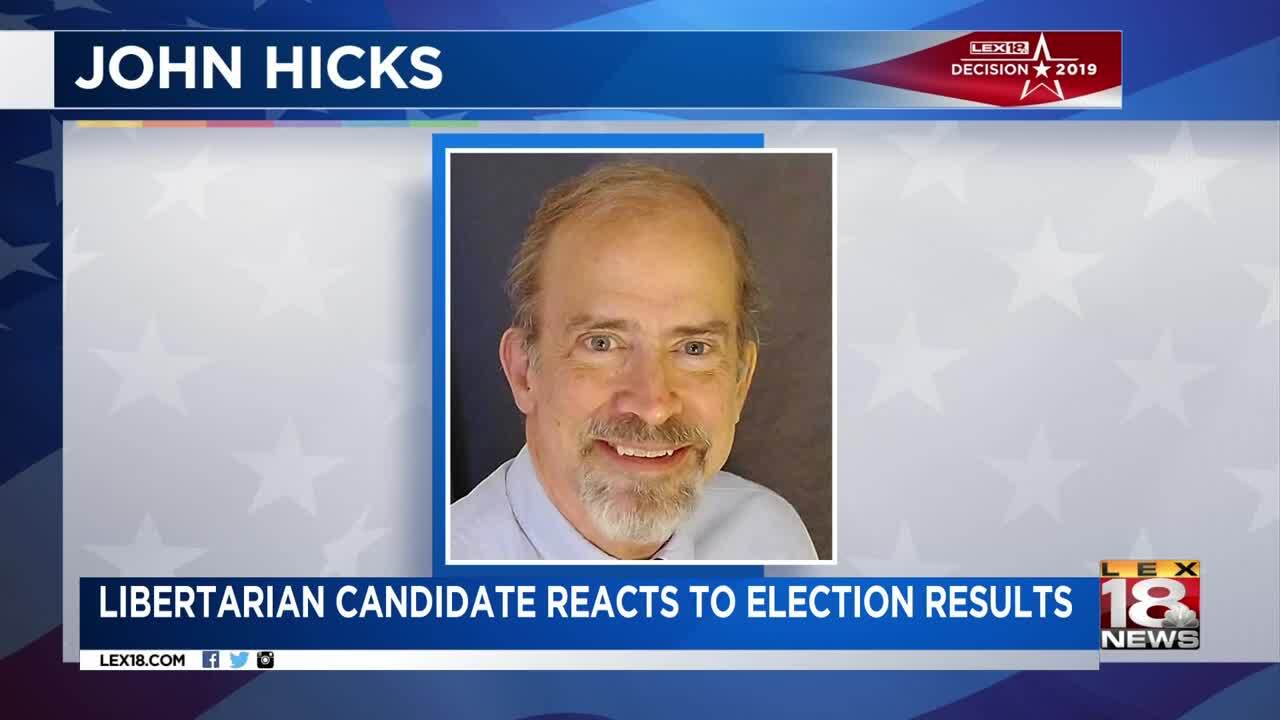 (LEX 18) — While the focus of Kentucky's contested race for governor is on the two top vote-getters, a third-party candidate's role also is gaining new attention.

Hick said his candidacy was aimed at exposing what he sees as problems with a two-party system and feels he has succeeded.

"We proved how broken our electoral system is," Hick said. "We somehow managed to spoil this election. We didn't really mean to do that, but, you know, the two-party system we've got is broken and it allows for people to get elected without a majority of the vote."

Hicks said he believes our voting system should be changed to a run-off system, in which candidates must garner a majority of votes to win election.