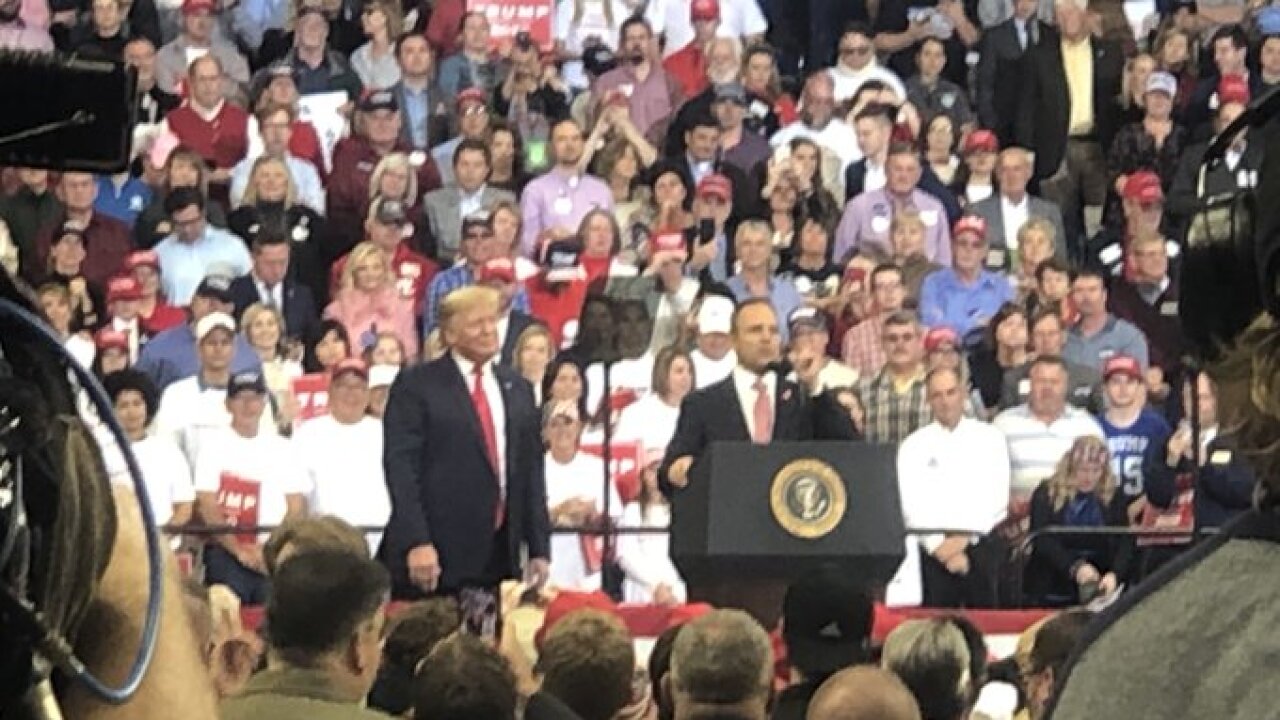 “President Trump’s rally helped five of six Kentucky Republicans win clear statewide victories, including Attorney General-elect Daniel Cameron, who will be the first black A.G. in Kentucky history and the first Republican to hold the office since 1948," reads the statement from Brad Parscale, Trump's campaign manager. "The President just about dragged Gov. Matt Bevin across the finish line, helping him run stronger than expected in what turned into a very close race at the end. A final outcome remains to be seen."

The race between Andy Beshear and the incumbent governor fell in favor of the Democrats by a narrow margin. Gov. Matt Bevin is not conceding the race.

"This is a close, close race. We are not conceding this race by any stretch," Bevin told supporters.

President Trump spoke to a large crowd of supporters at Rupp Arena for over an hour on behalf of the GOP. The president called Andy Beshear a "major lefty."