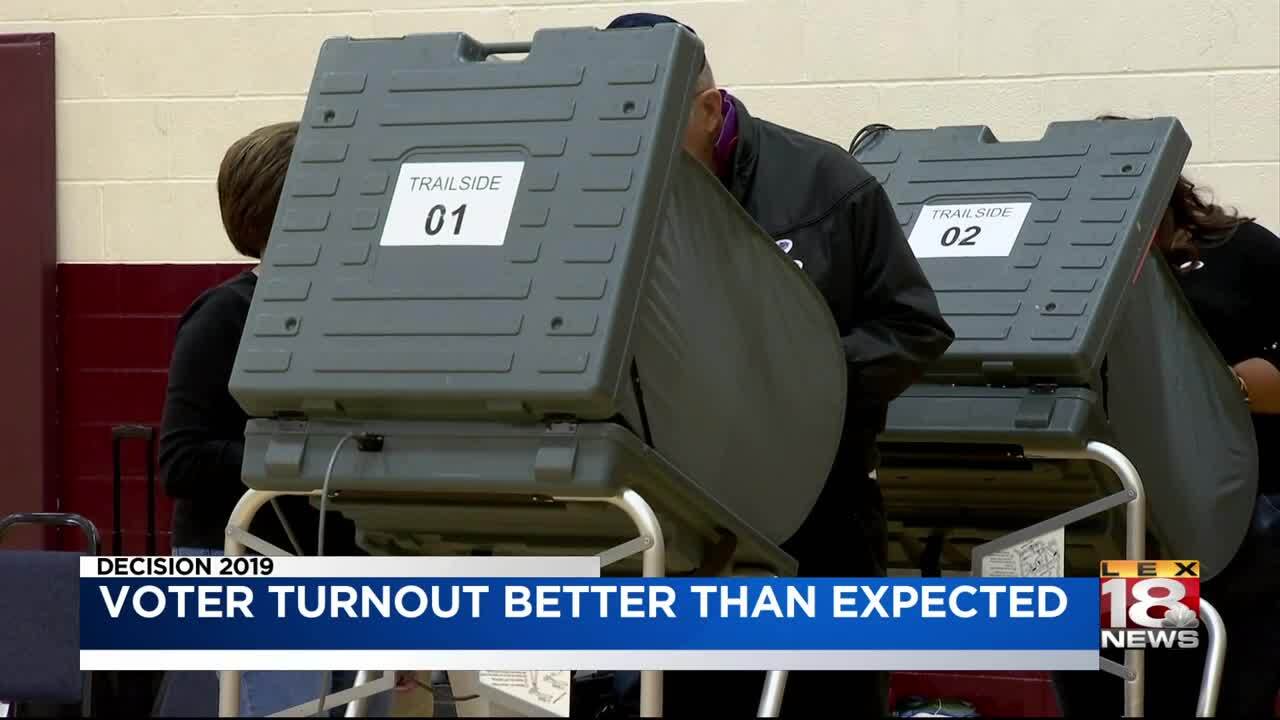 (LEX 18) — The Secretary of State predicted about 31 percent of registered voters would weigh in on Tuesday's election, but turnout was better than expected.

LEX 18 had crews at polling stations around Lexington and found there was a steady stream of voters, but few long lines.

As of 4:30 a.m. Wednesday, with all 120 counties reporting, the State Board of Elections reported that voter turnout was at 42.16 percent.