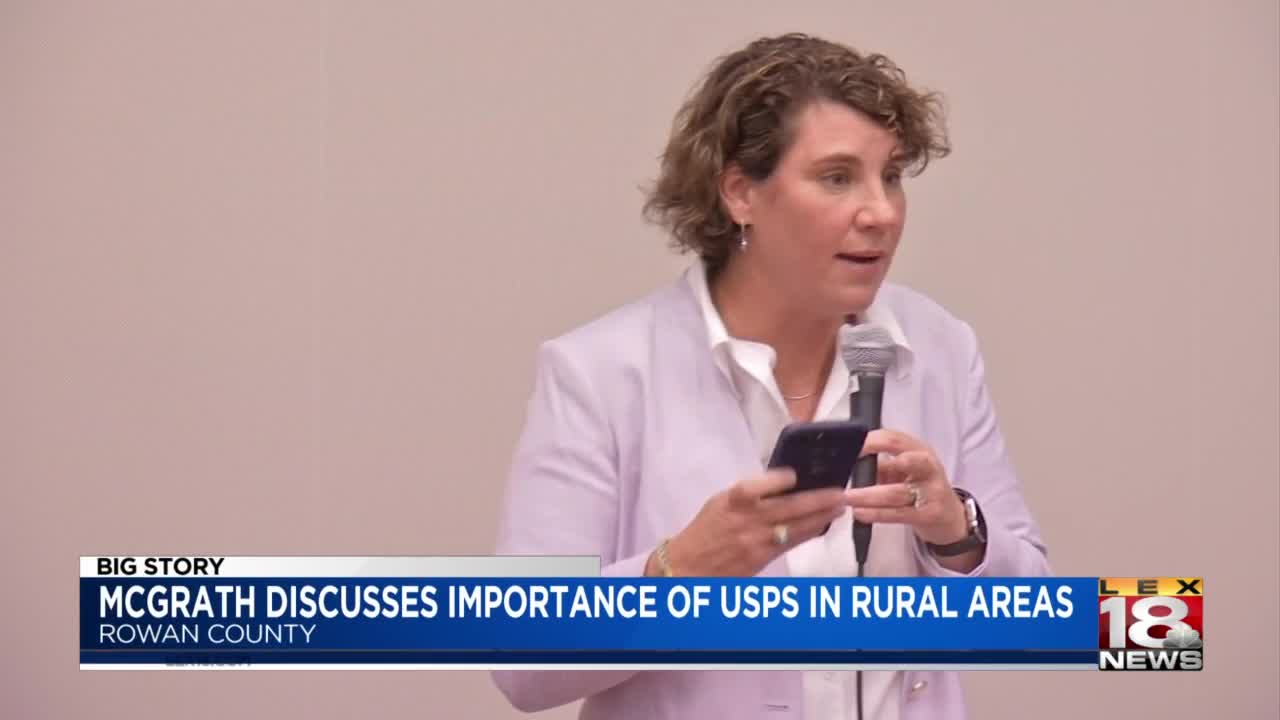 MOREHEAD, Ky. (LEX 18) — Amy McGrath made a stop in Morehead today on her tour across Kentucky. While in Rowan County, McGrath talked about the importance of the postal service to rural communities, which has become a big topic in the election.

What makes the upcoming election unique compared to past elections is the different options, specifically absentee voting by mail. McGrath told her audience in Morehead that giving people more options to vote will impact the race for U.S. Senate.

"The race is very tight and now that we have the ability to have more Kentuckians have their voice heard than ever before, boy that’s going to make a difference," McGrath said.

But there are many issues surrounding the United States Postal Service that have become hot issues in the election. Local post offices in rural communities are shutting down, leaving people with less access to the mail. Kentucky leads the pack when it comes to that. The Kentucky Center for Investigative Reporting found that 62 post offices have closed across Kentucky over the last ten years. That is the most in the country.

McGrath says this should be a big concern for everyone, not only because of the election but also because many rural Kentucky families depend on the postal service for things like prescription deliveries. As a result, she wants Congress to act and help the postal service.

"The postal service is a service same way the military is a service," McGrath said. "And i think too many people depend on that service and it’s an important service especially for rural Kentucky."