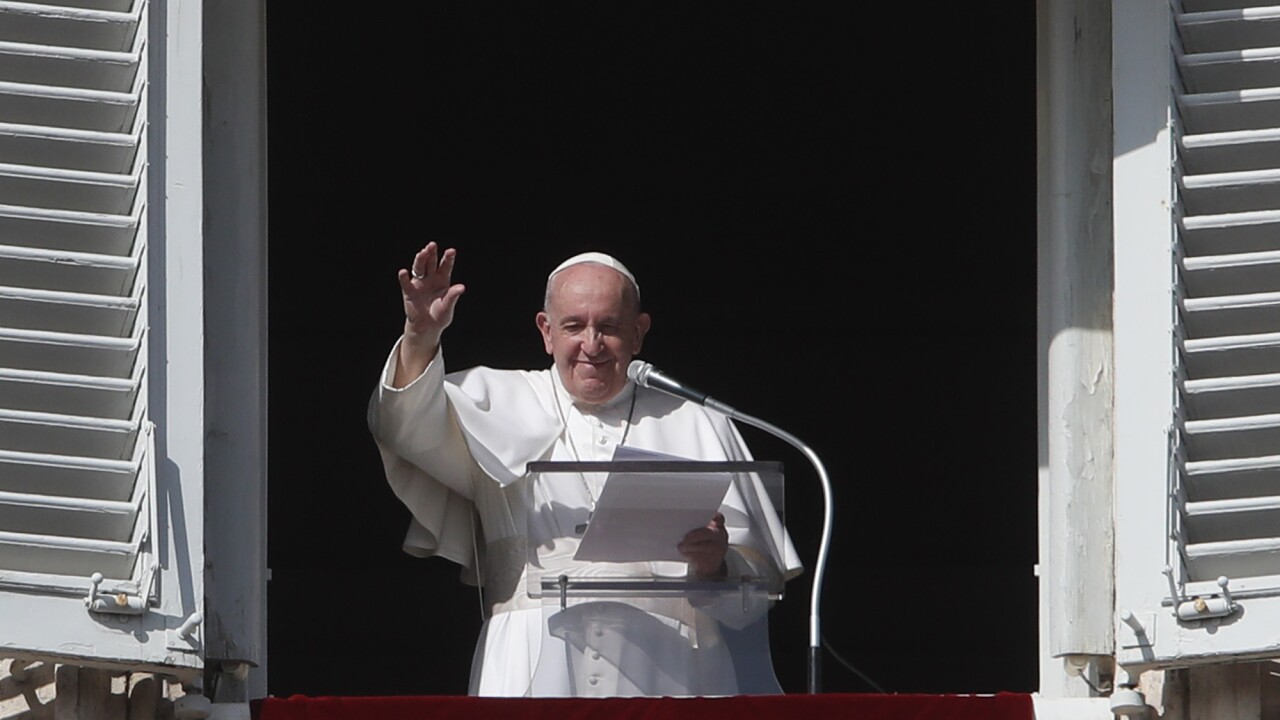 Copyright 2020 The Associated Press. All rights reserved
Alessandra Tarantino/AP
Pope Francis waves at the end of his Angelus noon prayer from the window of his studio overlooking St.Peter's Square, at the Vatican, Sunday, Oct. 25, 2020. (AP Photo/Alessandra Tarantino)

President-elect Joe Biden has spoken by phone with Pope Francis as he continues to talk with leaders around the world.

Biden’s campaign said in a statement that the president-elect thanked the pontiff for “extending blessings and congratulations and noted his appreciation” for Francis’ “leadership in promoting peace, reconciliation, and the common bonds of humanity around the world.”

Biden also said he’d like to work with the pope to further “a shared belief in the dignity and equality of all humankind on issues such as caring for the marginalized and the poor, addressing the crisis of climate change, and welcoming and integrating immigrants.”

Biden is just the second Catholic to be elected president in U.S. history, and the first after John F. Kennedy. He has spoken openly about the importance of faith in his life and attends Mass near his home in Wilmington, Delaware, nearly every week.