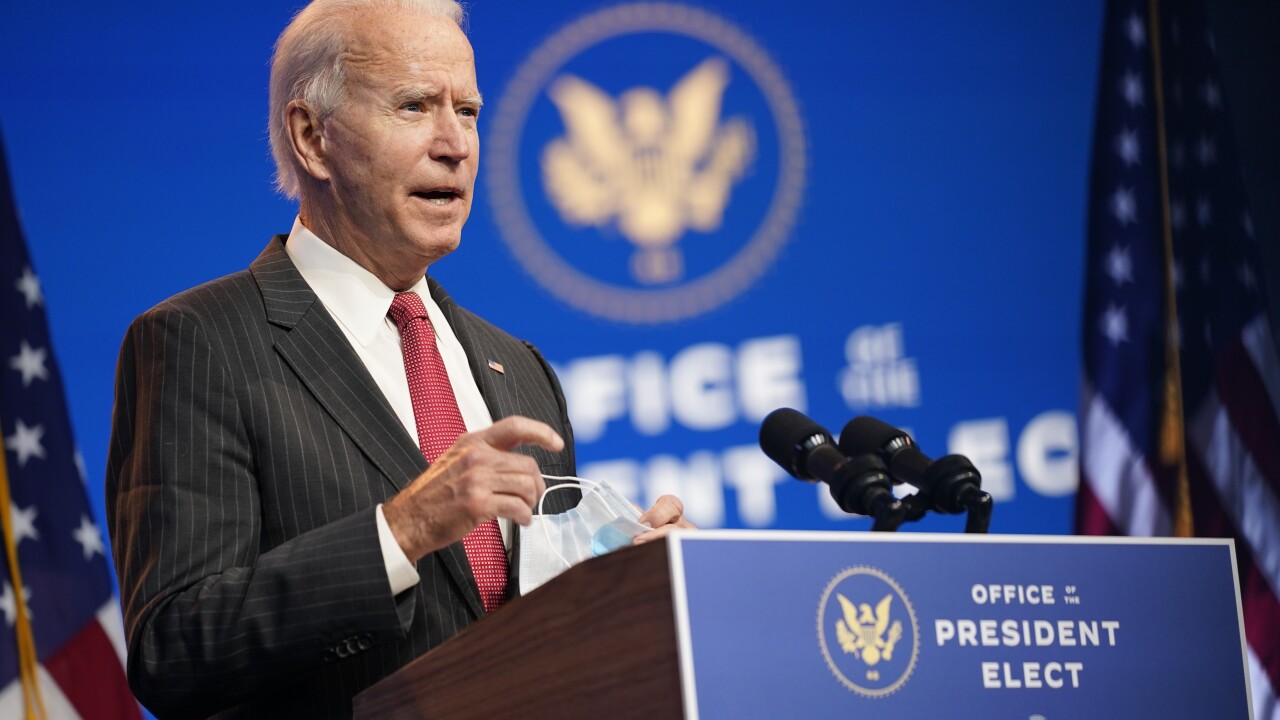 President-elect Joe Biden has decided whom to nominate as his secretary of the Treasury Department. Biden said Thursday that the decision will be announced just before or after Thanksgiving and that “you’ll find it is someone who I think will be accepted by all elements of the Democratic Party, progressives through the moderate coalition.”

Biden spoke to reporters after participating in a video conference with a group of several governors from both parties, telling them he wanted to be their partner in the White House.

The governors talked about the need for government officials to be clear with Americans about what to expect as the virus surges. He says, “They all acknowledge this is going to take a massive education campaign.”

The governors, according to Biden, expressed concern that it took eight months to deliver 100 million COVID-19 tests, so how will millions more vaccines be effectively delivered.

Biden called the pandemic a “national emergency” and there should be FEMA assistance and federal funding available to help states and deploy National Guard teams when needed.

Biden’s treasury secretary would lead his economic team as many businesses and Americans struggle to recover while the coronavirus pandemic continues.

“Because every region, every area, can be different,” Biden said. “There is no scenario I see for a national shutdown.”

He also called on the GSA to ascertain the election results and allow the transition to move forward, saying that the lack of information about the current status of the federal coronavirus response could delay efforts next year.