Kentucky's primary results will be made public on Tuesday. That's when the winners of all the contests on the ballot, and the number of votes cast, will be revealed. 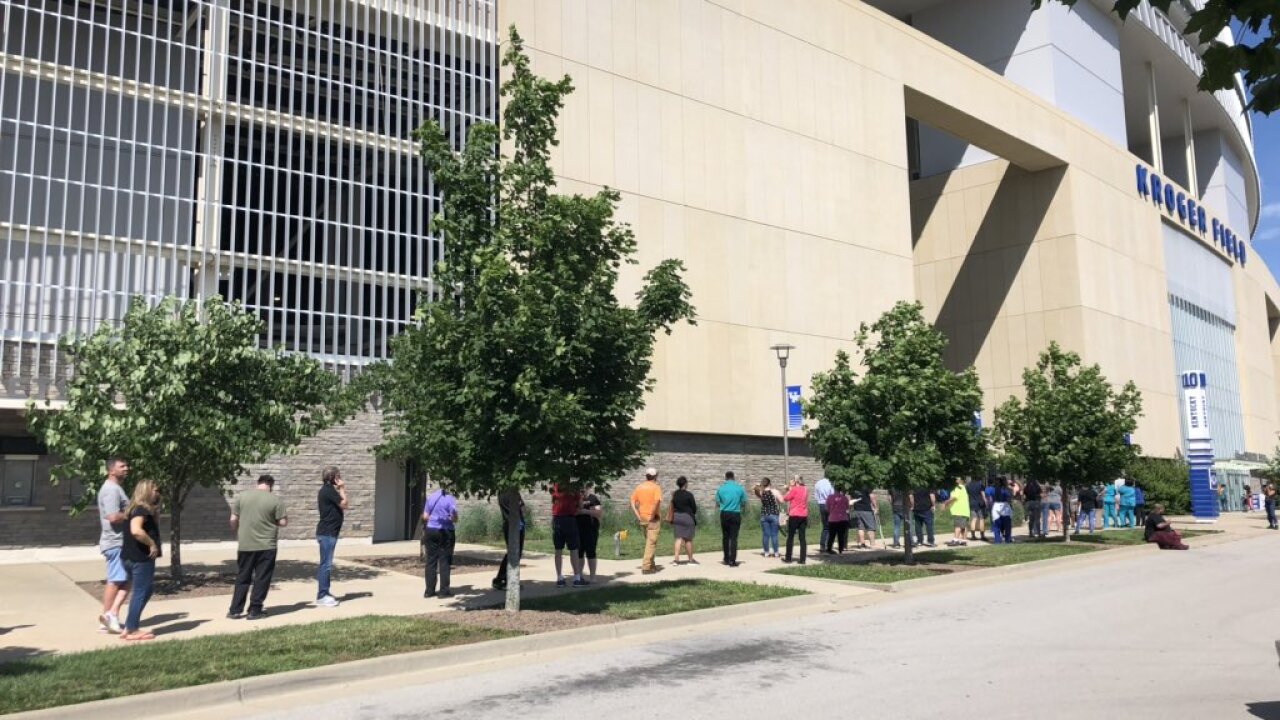 (LEX 18) — Kentucky's primary results will be made public on Tuesday. That's when the winners of all the contests on the ballot, and the number of votes cast, will be revealed.

Fayette County Clerk Don Blevins said the final turnout tally would be significant. In a Reddit post, he said 92,611 absentee ballots were requested, and as of Saturday, 90% of those ballots were returned. Also, 3,851 people voted in person at Kroger Field on Election Day.

"Turnout is going to be somewhere in the neighborhood of 40%, the highest turnout for a primary in over twenty years and likely a new record," said Blevins.

Blevins also used the post to address some of the things that caused lines at Kroger Field on Election Day.

"Eligible voters with their ID's ready were taking the about 30-40 seconds we anticipated," said Blevins. "It was the exceptions that took a lot more time, and boy were there a lot of them."

Blevins says every third or fourth voter was a voter who already had requested their absentee ballot. They showed up at Kroger Field for several different reasons. Some didn't receive their ballots. Others were concerned their votes had not been counted.

"All of these voters were handled in the appropriate way, it just took a lot longer," said Blevins.

Blevins said confusion among registered Independents also caused a delay in the lines.

"The ballot was unusual this time in that it had very few non-partisan races. That means that most voters registered as Independents literally had nothing to vote for," said Blevins. "It took minutes to explain this to them as well, and we even had one man that got irate and held the line up for at least 10 minutes until the UKPD could get him to leave."