How Kentucky’s primary election could shape the general election 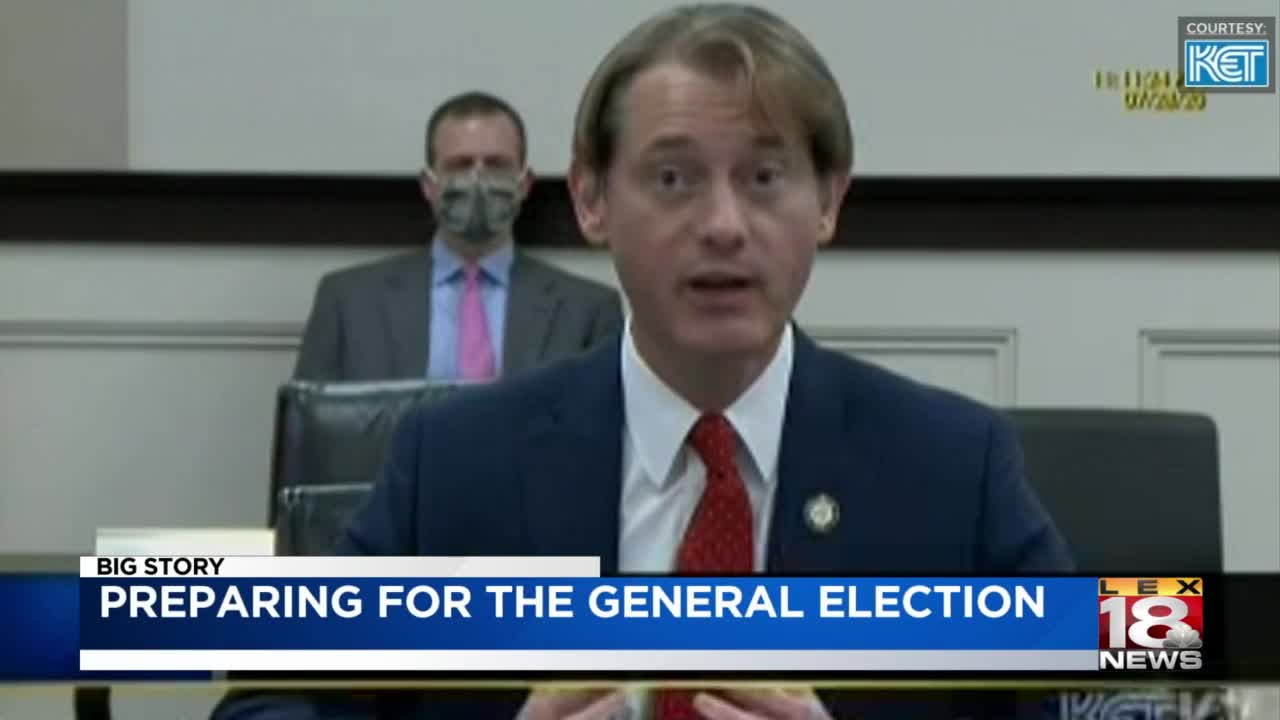 FRANKFORT, Ky. (LEX 18) — It’s safe to say this election year is unlike any other because of the COVID-19 pandemic. With fewer than 100 days left until the general election, Kentucky is starting to plan for it by taking a look back at the primary election.

Secretary of State Michael Adams spoke to the Interim Joint Committee on State Government Tuesday about his takeaways from the primary election, one of which is that absentee voting worked.

“Not only did we make it convenient, but we made it virtually fraud proof,” said Adams. “Although we are still planning for the November election, I can tell you right now, absentee voting will be a big component of that, even if we don’t expand absentee voting beyond the current classes of voters who qualify for it.”

Adams said they’re looking into the load capacity of absentee ballots county clerks and post offices can handle to see if expansion is possible. However, Adams says he’s not confident they can fully replicate what was done in the primary election, since he expects turnout in November to be 250 percent higher than in June.

“That is based on feedback from state and local election officials from both major parties,” said Adams. “They and I are concerned that going from 750,000 absentee ballots to 1.875 million absentee ballots or more would overload and crash our system.”

Adams says June’s primary also showed early voting worked. Still, with only a few voting locations scattered around the state on election day, long lines were a frustration for many voters. Adams says county clerks support expanding in-person voting in November so there are opportunities over a number of weeks rather than one day.

He says the challenges include finding enough polling locations and workers.

“You can expect to have many more voting locations for the general election than we had in the primary, but how many we can have is ultimately up to the willingness of Kentuckians to be good citizens and lend a hand,” said Adams.

During the primary election, Adams says one silver lining of adjusting to the pandemic was upgrading voting equipment in some counties to allow for paper ballots.