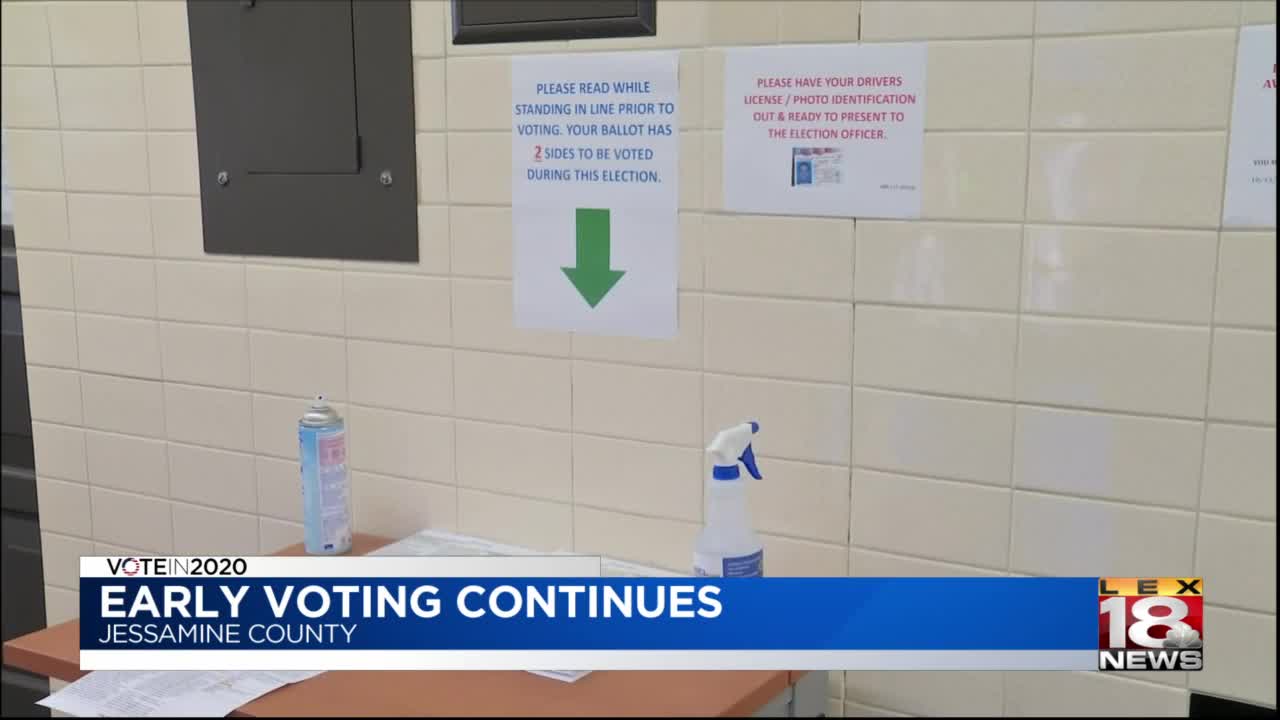 County Clerk Johnny Collier said about 650 voters had decided to vote early in-person in the first three days and he expects about 3,000-4,000 will take advantage of the option before election day.

NICHOLASVILLE, Ky. (LEX 18) — Inside the downtown courthouse where Jessamine County voters can cast their ballots early, wait-times can vary.

County Clerk Johnny Collier said about 650 voters had decided to vote early in-person in the first three days and he expects about 3,000-4,000 will take advantage of the option before election day.

While he's heard from people who have waited over an hour at the county's only early voting location, 101 N. Main Street in Nicholasville, on Thursday some of the final voters said they waited only about half an hour.

"I think it went really smoothly," said Matthew Van Laningham, who waited only about 15 minutes on Thursday.

He was glad to have the option to vote early.

"Given the rise in all the different things that are happening in the nation, I think it's really important to have a voice in elections," he said.

Collier said early voting lines have been moving at a pace he expected but it's unclear what that will mean on Election Day, November 3, when there will be six locations for voters.

"We think we're prepared just right," he said. "But there may be some long lines. It depends on how many people come out and we don't know because we thought we would have probably twice as many absentee requests as we've had and that didn't happen."

Collier said about 9,000 absentee ballots were requested for the general election and about 3,5000 have been returned so far. For the June primary, the county received 11,790 absentee ballot requests and 10,500 were returned.

He believes fewer absentee ballots were requested in part because of expanded early voting.