By 6 p.m. on Election Day, the final ballots were cast in Kentucky's primary election. However, some of the results won't be released until June 30. 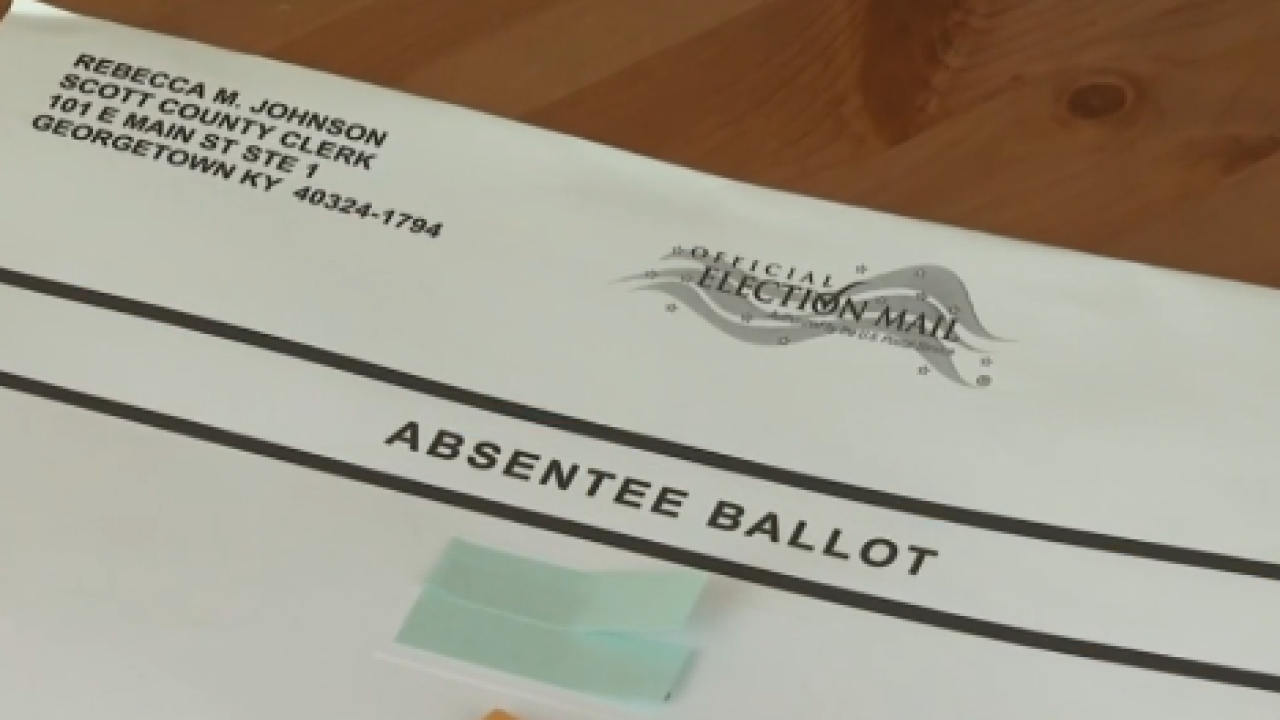 FRANKFORT, Ky. (LEX 18) — By 6 p.m. on Election Day, the final ballots were cast in Kentucky's primary election. However, some of the results won't be released until June 30.

That's a significant change from the way results are usually done in Kentucky.

"In Kentucky, we're usually pretty fast about getting election results," said Mike Taylor, the election coordinator at LEX 18 News. "There have been nights - in the 69 elections that I've coordinated - that we've had all of our results in by 10, 11 o'clock statewide. This election, we're going to have to wait a week. They may come in gradually over that week. The rest of the totals might not come in until the 30."

"I don't know that anyone knows what quite to expect," said Taylor.

Kentucky is allowing each county to decide when they release their results in this election. The only rule is that they must have the results finalized by June 30.

The counties need this flexibility because of the changes made for this election. Due to the pandemic, Kentucky allowed all registered voters to request an absentee ballot. Voters were also allowed to vote early in-person or in-person on Election Day at limited polling locations.

People utilized all of the options available, but it appears the majority of Kentuckians chose to vote absentee.

According to the Secretary of State's Office, about 161,000 people voted in-person on Election Day, and about 889,000 voters requested an absentee ballot. As of 3 p.m. on Wednesday, almost 605,000 absentee ballots have been returned to clerks.

Absentee ballots can still come in over the next few days. Ballots simply needed to be postmarked by Election Day, so some county clerks decided to wait until they have all of the results before they release any totals.

"There's 120 counties. Each one had the choice of doing what they felt was the best for their county, and they chose that," said Taylor. "Since this is such a different type of election, I don't know that there's a right or wrong answer. Everybody's just trying to figure out what they think is best."

"The percentages are way out of whack," said Taylor. "When you see the percentage of precincts, it looks like over 50% are in. When really - absentee ballots are going to be so large that it's going to skew that. There's no real way to know the percentage that's in. It might be 20%. It might be 15%. We really won't know until the 30th."

An example of a skewed percentage of precincts reporting is in Fayette County. As of 5 p.m. on Wednesday, the results show 100% of precincts in Fayette County reporting their results. The results have Charles Booker with 1,512 votes, Amy McGrath with 479 votes, and Mike Broihier with 34 votes, which is a small number of votes for a county with around 240,000 registered voters.

Those results only represent the votes that were cast in-person at Kroger Field on Election Day. Fayette County Clerk Don Blevins Jr. says his office did not officially release them. However, they did post them at Kroger Field because the law requires them to.

Blevins says the votes from Kroger Field are a small fraction of Fayette County's total votes. The county only had around 3,850 people vote in-person, while about 92,000 absentee ballots were sent out. There's no way to know exactly how many ballots will be correctly returned on time, but if all of them are, approximately 96% of Fayette County voters will have voted absentee.

Fayette County says it will hold all of its official results until June 30. Earlier this month, Blevins said since the absentee totals will change day by day, he doesn't want to mislead the public until there is a final tally.

"I think it would be very misleading to the public to release results on a daily basis," said Blevins. "It might be exciting and fun, but I also think it's very misleading."