While the number of people who voted at Lexington's only polling location on Tuesday was about as expected, Fayette County Clerk Don Blevins says lines were held up by confusion among some voters over mail-in absentee ballots. 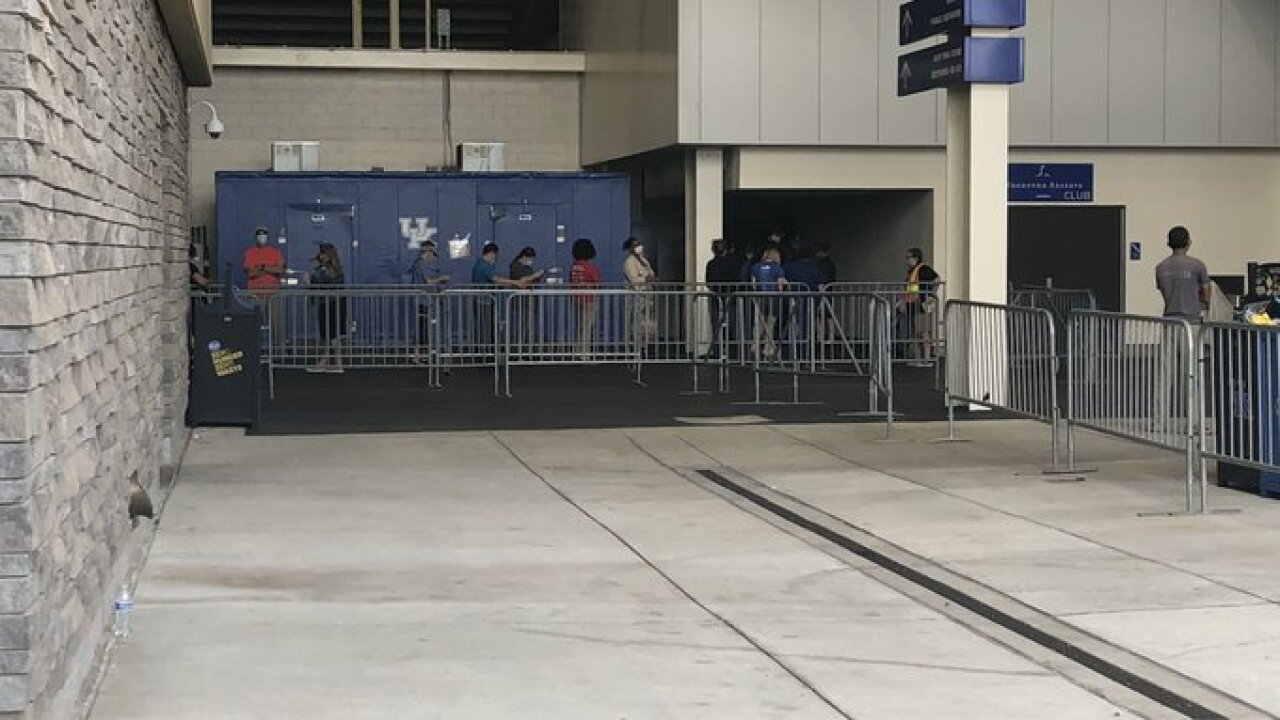 LEXINGTON, Ky. (LEX 18) — While the number of people who voted at Lexington's only polling location on Tuesday was about as expected, Fayette County Clerk Don Blevins says lines were held up by confusion among some voters over mail-in absentee ballots.

Wait times hovered around an hour and a half to two hours through most of the day at Kroger Field as people lined up to cast their ballot in Tuesday's primary election. Nearly 4,000 votes were counted at the end of the day, a number close to what was predicted, Blevins said.

"At first we thought we were just having an unusually large turnout," he said, "That turns out to not be true. What really happened was about every third or fourth voter had some sort of anomaly or problem that stopped the line."

Some people had requested an absentee ballot but not received it, he said, and in that case voters had to go through a process that took extra time.

Others had returned an absentee ballot but still showed up, he said. And still others had to change an address or were registered as independent and didn't have anything to vote on.

"A lot of voters, we haven't done this before, were just kind of confused about how to go about doing their business," he said.

Despite the wait times, voter participation was impressive, he said, especially for a primary.

Of the 92,611 absentee mail-in ballots requested, about 85,000 had been accounted for as of Wednesday afternoon, Blevins said. He believes final voter participation in Fayette County will be close to 40 percent.

"Under normal circumstances...we would have only voted probably 11 or 12 percent in this particular cycle because the two presidential races were largely decided," he said

When it comes to plans for November's presidential election, Blevins says the ever-changing nature of the response to the coronavirus makes planning difficult. But he says they'll have a better handle on preparing to help people with questions on absentee ballots, if mail-in voting is once again expanded.

While the circumstances were abnormal, Blevins said he had hoped most Lexingtonians would choose to protect themselves and poll workers by casting their vote by mail.

"I want to applaud Lexington because that's exactly what we did."

The final results from the primary election are expected Tuesday.