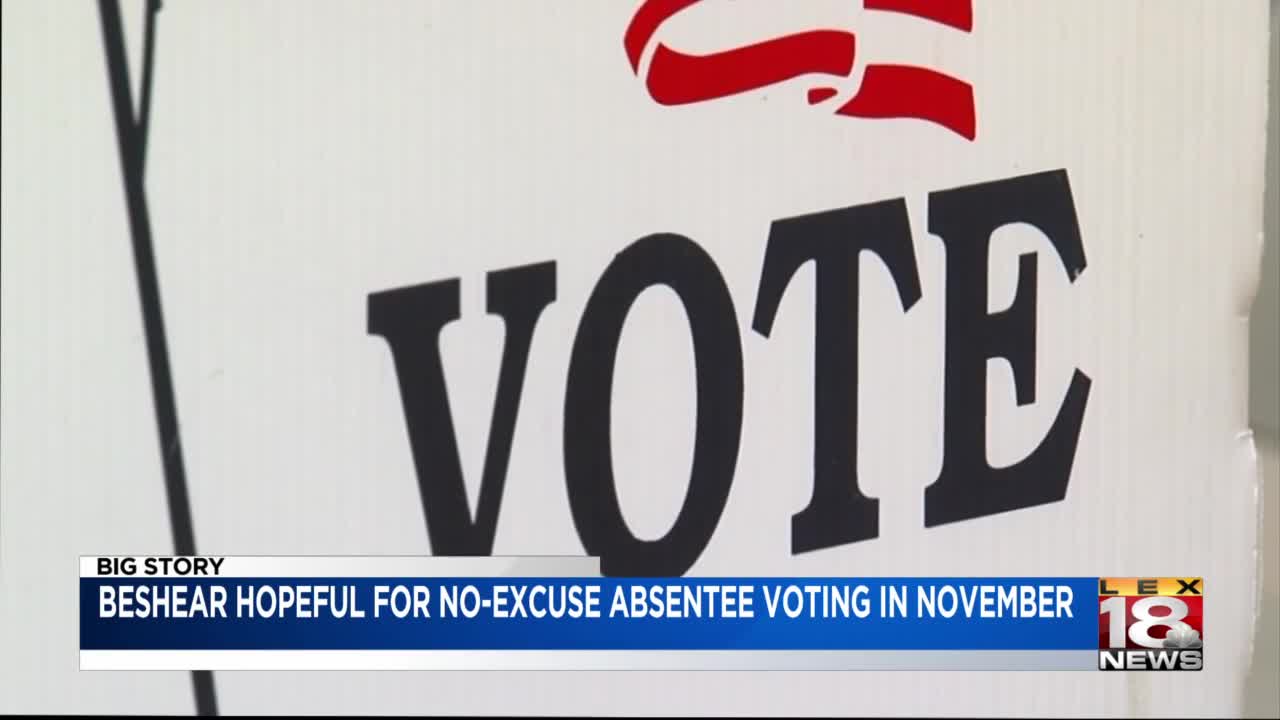 FRANKFORT, Ky. (LEX 18) — It is not a total reversal, but President Donald Trump signaled today that he would approve of mail-in voting in Florida, but he continues to rail against the prospect of universal mail-in voting across the country in November.

Gov. Andy Beshear made it clear again during his Tuesday press conference that he wants absentee voting to be available to all registered voters.

Gov. Beshear said he hopes to hear from Secretary of state Michael Adams on his recommendations for voting in the upcoming election perhaps as early as this week. Gov. Beshear and Adams were able to come together to make accommodations for the Primary election. Now, the productive bi-partisan relationship they have enjoyed will be put to the test again.

Gov. Beshear, on the other hand, has said no-excuse absentee voting is necessary during a pandemic, and while he agrees there should be more polling locations, he pointed to mail-in absentee voting and in person voting as contributing to a strong turnout during the primary.

"And I believe that yes, it is fraud-free," Gov. Beshear said. "I was Attorney General for four years. We saw very few examples of the types of fraud that people raise concerns about that would impact this election."

Meanwhile, in a Twitter thread tonight, Secretary Adams said he has enjoyed a good working relationship with Gov. Beshear and that he's confident Beshear will "Put ideology aside, meet me in the middle and ensure a successful general election."

My team has worked hard for the past month to assess what went well in the primary election, and of that, how much of it is sustainable for a general election with turnout likely 250% higher than in the primary. We have communicated directly with county clerks, Dem and GOP, 1/5