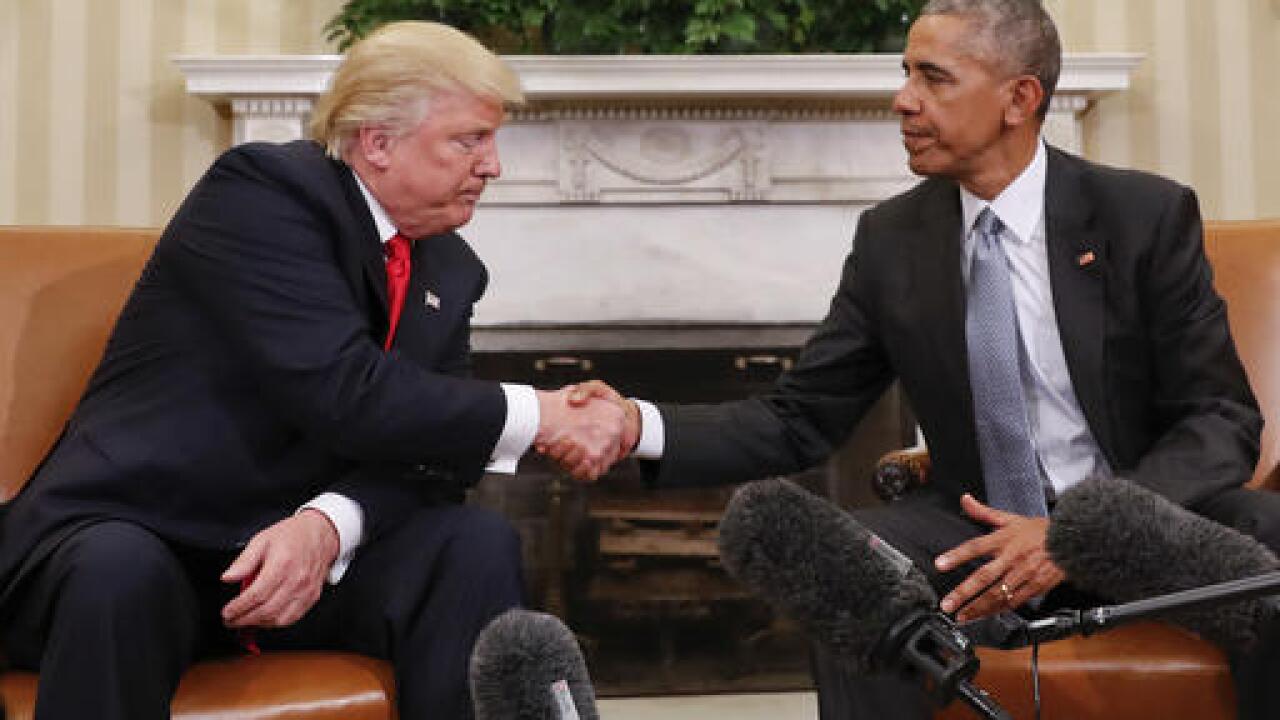 “The allegations are so absurd that even Republican controlled committees looking into it have dismissed them,” Obama said. “And, you know. Attorney General Barr has dismissed them.”

“Unless Bill Barr indicts these people for crimes, the greatest political crime in the history of our country, then we’re going to get little satisfaction unless I win and we’ll just have to go, because I won’t forget it,” Trump said during a Fox News interview last week.

On Tuesday, the Department of Justice dropped an investigation after finding no wrongdoing involving the unmasking of classified documents during the Obama administration. Unmasking is a process for government officials to request to learn the identity of people involved in intelligence probes.

“I’m disappointed that Republicans who know better have not checked him on this,” Obama said. “And I think on a very important question after the election, even if it goes well with Joe Biden, is whether you start seeing the Republican Party restore some sense of ‘here are norms that we can’t breach’ because he’s breached all of them and they have not said to him, ‘this is too far.’”