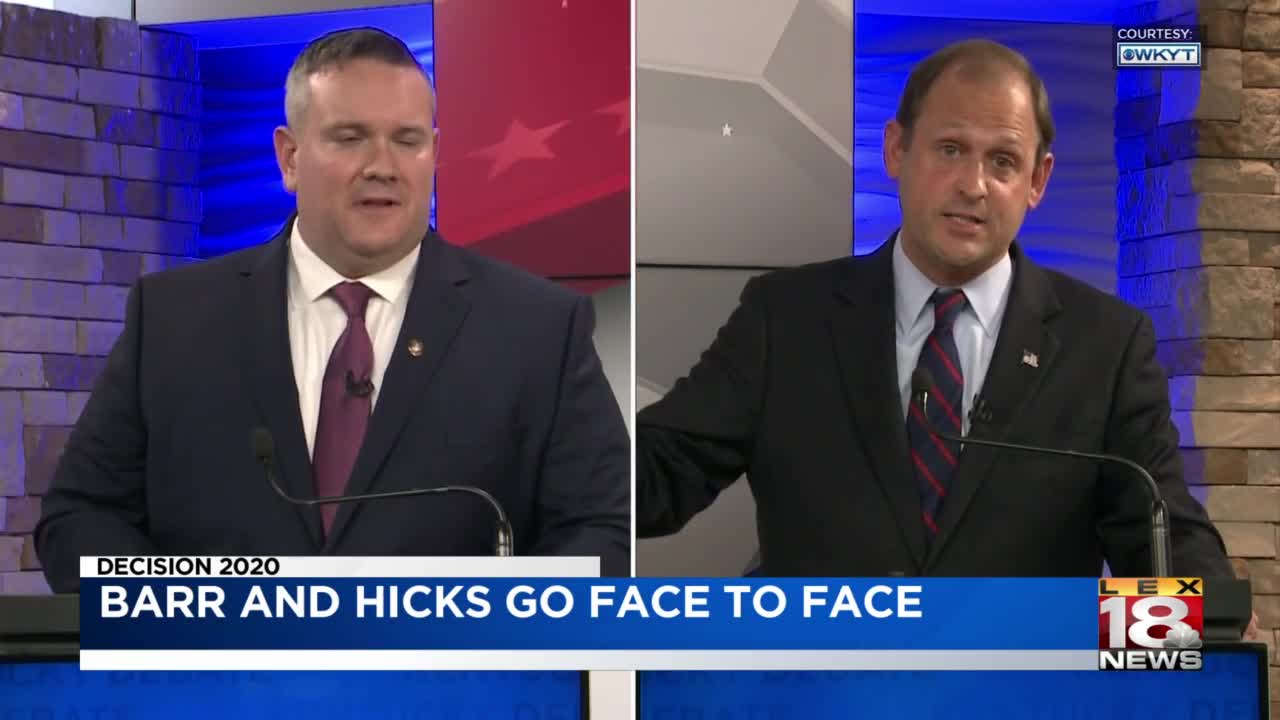 Congressman Andy Barr and his Democratic challenger, a U.S. Marine veteran and former police officer Josh Hicks, took part in a debate Monday night so voters can decide who they believe should represent Kentucky's 6th congressional district, which includes Lexington. 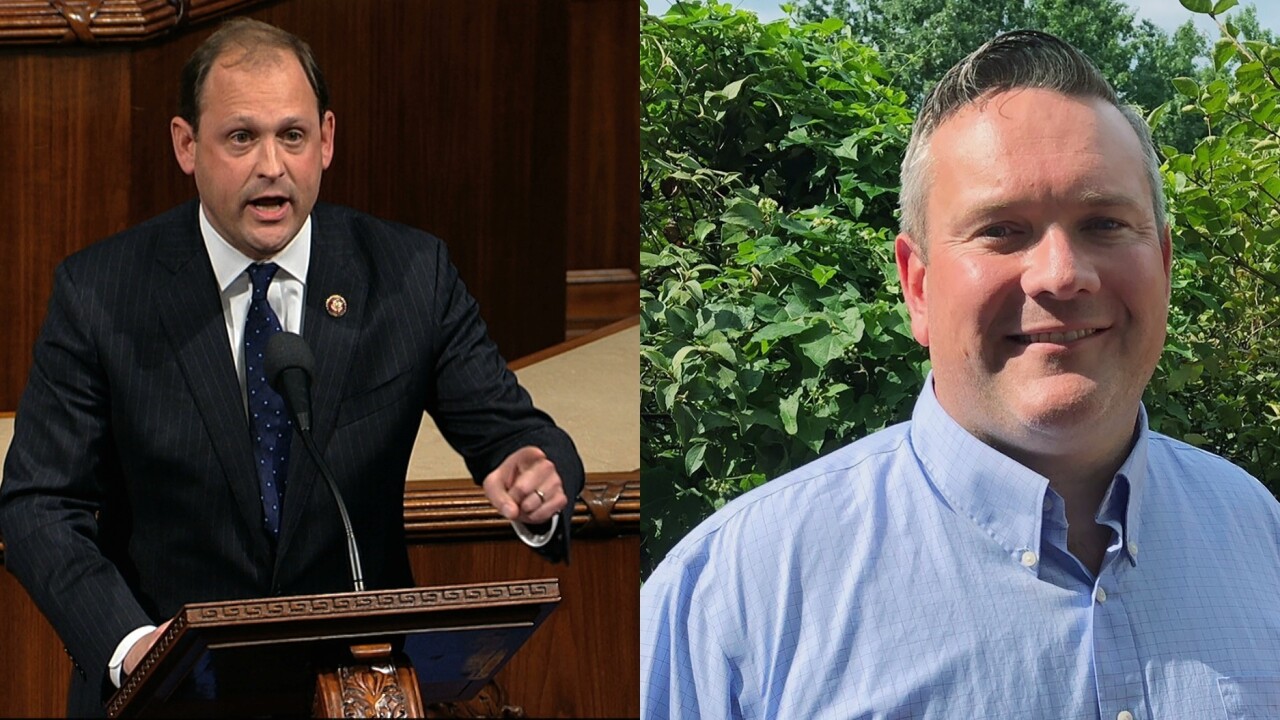 The debate, hosted by WKYT, covered a number of issues, including the COVID-19 pandemic, healthcare, and racial injustice across the country.

Hicks gave Governor Beshear's response to the pandemic an "A" rating and suggests the White House's handling of the virus has been an "F" rating. Barr responded by touting the president's restrictions on travel from China and delivering of PPE to hospitals.

Hicks hits back at Rep. Barr’s claim that he would be another “liberal voice for Nancy Pelosi.” Hicks says he’s on the stage to try to represent the people of the 6th Congressional district. @LEX18News

Rep. Barr echoes a claim in one of his Tv ads that Hicks, as a lawyer, has tried to profit off of #COVID19. Hicks calls it a “lie” and “pathetic”. @LEX18News

When it comes to social unrest and racial injustice in the country, Hicks says it's important to make sure there's equity in housing, education, and legislating.

"What we don't need to do is to defund the police," said Barr. Hicks interjects to say he agrees with Barr, but Barr goes on to suggest Hicks would "enable" defunding the police. Hicks said that was a lie.

Hicks, a former police officer, noted that the president's last proposed budget had taken money away from local police departments. Hicks says he would not want to defund the police.

“I am all the things you purport to like,” Hicks says to Barr, noting he is a Marine veteran, a former police officer, and a small business owner, yet says Barr has lied about him. @LEX18News