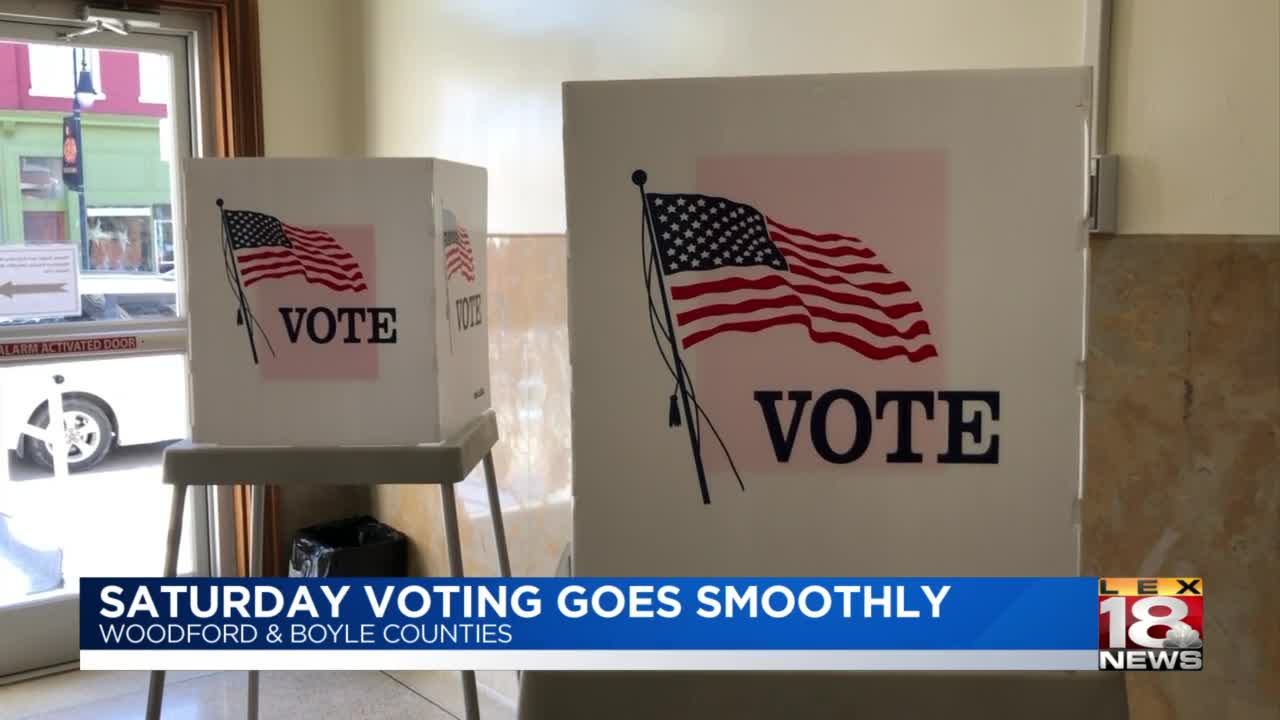 WOODFORD COUNTY, Ky. (LEX 18) — In surrounding counties, voters experienced short and quick lines on the first Saturday that Kentuckians were allowed to vote.

Woodford County Clerk Sandra Jones said the first Saturday of voting started on a high note with voters lining outside the door.

"We have some anxious voters, but Woodford County always votes high," Jones said. "They're very true and faithful to voting so it really doesn't surprise me that they were waiting in the morning to start at 8 a.m."

As the day went by, the flux of voters remained steady. A total of 247 early voters casted their ballot over the course of four hours. Voter Dax Workman says the line didn't feel long.

"I know yesterday my wife went and she said there were way more people," Workman said. "It is a Saturday and I figured more peopel would be off work here, but it was really empty. There was one more person who went in while I was here."

Tony and Sherry Lanham said they hoped the weekend would mean fewer people at the polls.

"There wasn't but four or five people in front of us. That is why I come on a Saturday, to avoid a line," Sherry Lanham said.

Don Cook, another voter, said he liked having Saturday as an option and thinks it is more convenient.

"Hopefully, this is something that will set a precedent," Cook said. "It makes more sense to spread it over time than everyone go in on the same day."