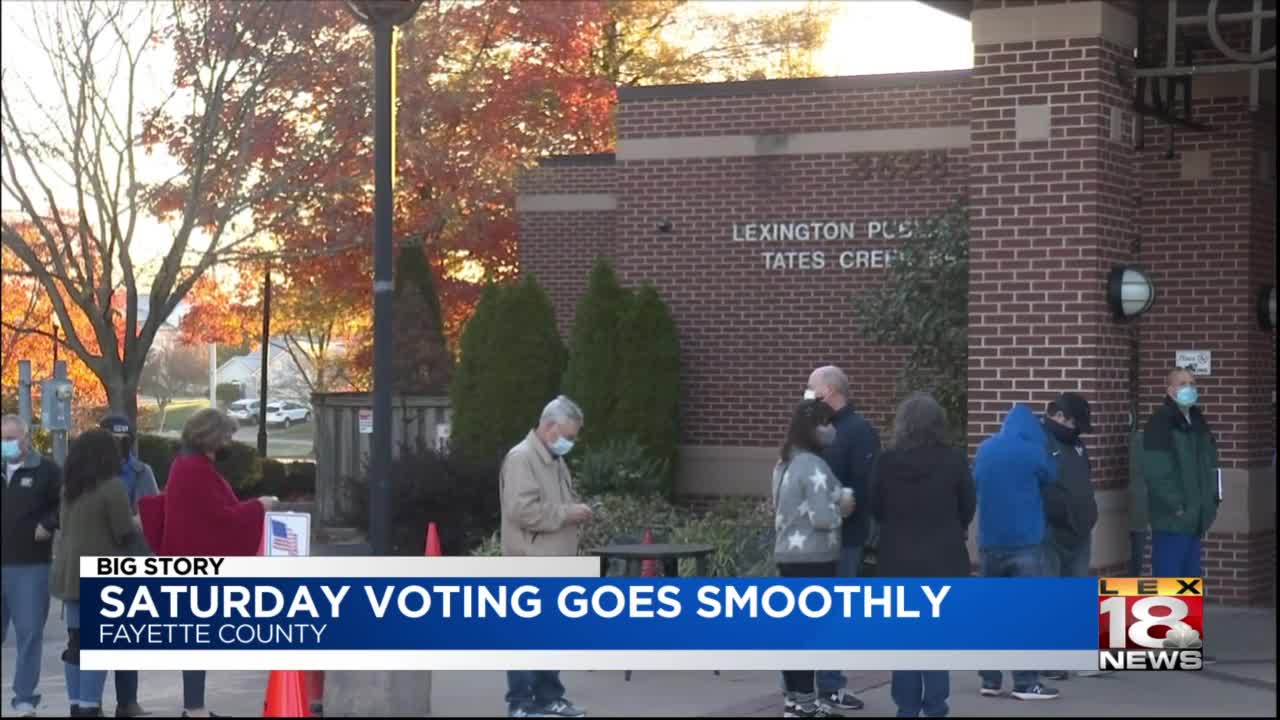 LEXINGTON, Ky. (LEX 18) — For the first time, voters across Kentucky went to the polls on a Saturday.

Early voting was added as an option for this election as a way to deal with voting during the pandemic. Today was one of three Saturdays that voters could take advantage of.

An hour and a half before the polls even opened, two voters went ahead and posted up at the Lexington Library. One voter even brought a lawn chair, and added that he works Monday through Friday so Saturday is his day to get his vote in early.

As the morning went on, the line grew. Another voter, Elise Parker, arrived about 30 minutes before the polls opened.

"I was afraid to have to wait in line a very long time," Parker said.

Once the polls opened, the line moved quickly. Those at the end, in the back of the parking lot, said it took about 25 minutes to get to the front.

Down the road at Wellington Elementary School, a poll worker reported similar conditions. Voters formed a long line, but once the polls opened, it went quickly. By 10 a.m., the line was gone. Voters at the school said they liked voting on a Saturday.

However, there were voters who said they preferred one Election Day instead of the process getting drawn out.

Whether or not you're against voting on a Saturday, it is available for the next two weekends during this unprecedented election season.