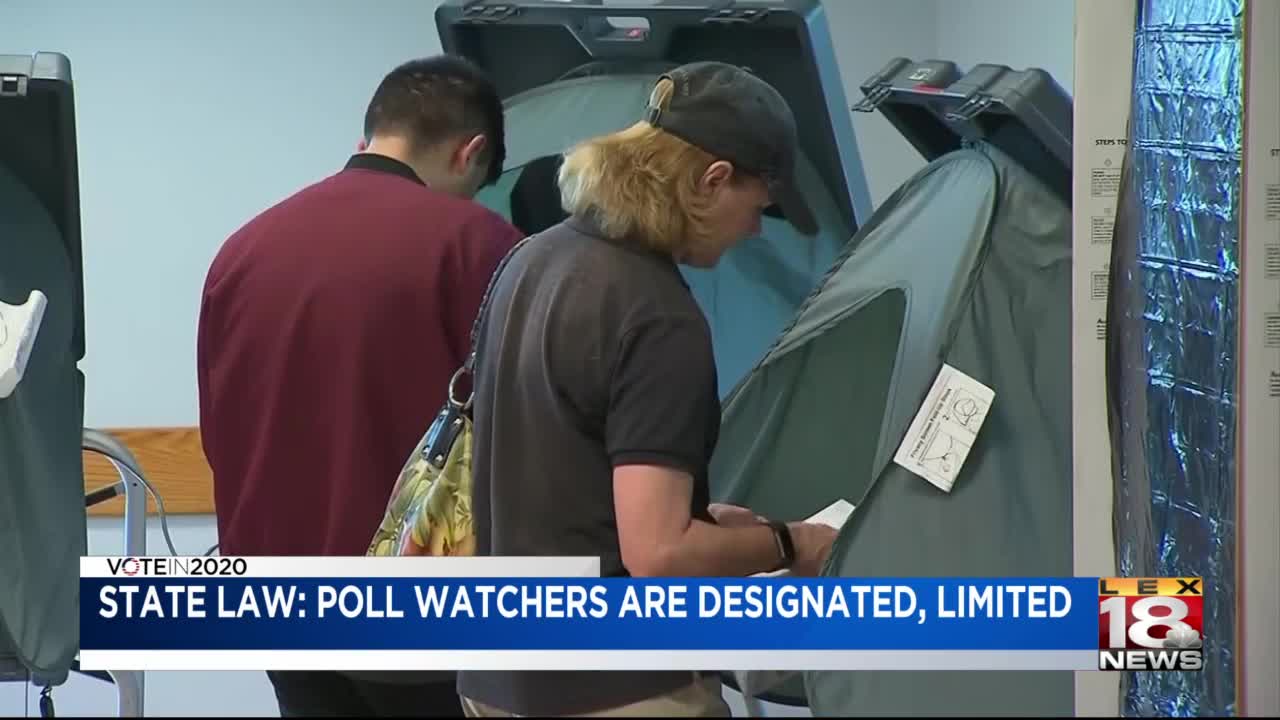 "I'm urging my supporters to go into the polls and watch very carefully because that's what has to happen," he said. "I am urging them to do it."

Later that night, the president tweeted, asking people to volunteer to be a "Trump Election Poll Watcher."

Volunteer to be a Trump Election Poll Watcher. Sign up today! #MakeAmericaGreatAgain https://t.co/8m0dNPTtt6

However, election experts say depending on how the watching is done, it may be illegal.

"It sounded like the president was encouraging people to break the law," said Joshua Douglas, a law professor at the University of Kentucky.

Douglas said poll watchers, poll observers or challengers are a real thing. However, there are laws and rules to follow to become one. You can't just walk into a polling location and watch others cast their ballots.

"Anyone can't just go in and become a poll watcher," said Douglas. "Most state laws say you can only be inside the polls if you are an elections worker, or if you're there to vote yourself, or if you're one of the designated poll watchers that's approved ahead of time."

"There will be no general public going into polling stations to watch other people vote," said Beshear. "That is not legal in Kentucky. In Kentucky, you are only allowed to be in that polling location if you are a worker, if you are a kid going with that active voter, or if you are a certified challenger under state law."

Beshear pointed people to KRS 117.315, the law that outlines challengers and inspectors' appointment, for more information on what is and is not allowed.

Kentucky state law allows each political party to have up to two challengers at each precinct. The challengers must be registered voters in that county, and the parties need to let the county clerks know who the designated challengers are at least 20 days before a regular election. During the election, challengers must show written proof if an election officer asks for it.

According to state law, these approved watchers are allowed to challenge the eligibility of a voter for four reasons:

However, if the watcher wants to challenge a person's right to vote, they can only let election officers know. They are not allowed to intimidate or harass the voter.

The law also prohibits appointed and certified challengers from: