Which issues will be the focus of first presidential debate, voters?

AP
In this combination photo, president Donald Trump, left, speaks at a news conference on Aug. 11, 2020, in Washington and Democratic presidential candidate former Vice President Joe Biden speaks in Wilmington, Del. on Aug. 13, 2020. The conventions, which will be largely virtual because of the coronavirus, will be Aug. 17-20 for the Democrats and Aug. 24-27 for the Republicans. (AP Photo) 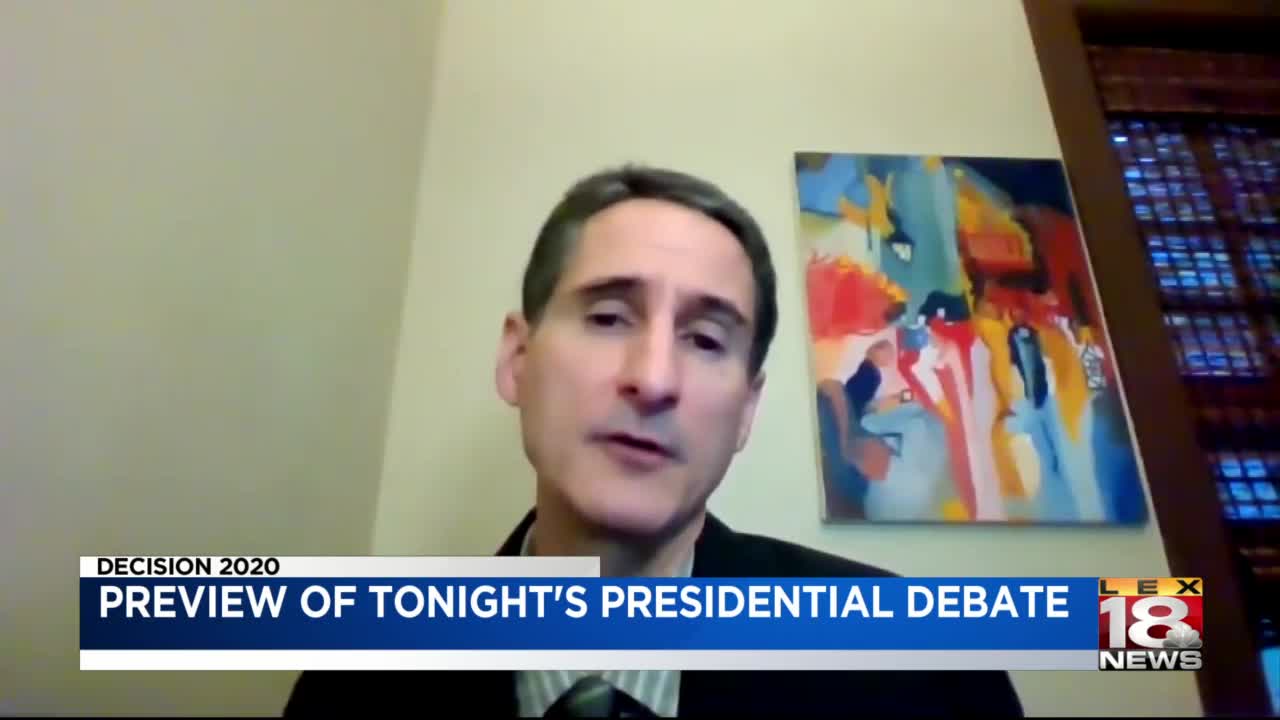 COVID-19 pandemic and a resurgence of protests surrounding racial injustice and police brutality have both found their place in shaping the presidential election and are topics expected to be touched on during the debate.

“It's clear that Trump's strategy has been on whipping up the people that normally vote Republican, getting them engaged, making them feel like the stakes are high. I think that in the debate, we'll see him offer some of that red meat for the voters who typically would vote for a candidate like him,” said Dr. Stephen Voss, a specialist in elections and voting behavior at the University of Kentucky. “Biden has been going for a more unifying message. An attempt to pull Independents, pull even some people that normally vote Republican over to his camp.”

However, while eyes and ears will be open to what they have to say, Voss says the debate is unlikely to make a significant difference for voters.

“The people focused on them, like the people who attend sporting matches, already know what side they're on,” he said. “Their votes aren't really up for grabs. The way these debates matter, if they matter at all, is if a candidate makes a really boneheaded mistake.”

So, what will determine voters' choices?

The significant issues we've seen come up already, and recent ones, like the death of Supreme Court Justice Ruth Bader Ginsburg and her replacement. President Trump and Senate Republicans are rushing to confirm judge Amy Coney Barrett to fill the seat. However, it could be a politically risky move for the GOP, as many believe the winner of the election should pick the next justice.

Dr. Voss says the winner could shift what comes out of the Supreme Court in the future.

“The Supreme Court has been dominated by Republicans for much of my life, but usually those Republican appointees have moved left,” he said. “They've become more liberal over the course of their careers. We haven't really had a definite, conservative majority on the Supreme Court for decades. With Donald Trump having been able to appoint three people and three justices who seem to tilt pretty far to the right, really with the replacement of Ruth Bader Ginsburg with another Republican appointee, we may have for the first time a solid conservative block that can hold together on the Supreme Court.”