Facebook trying to combat false information ahead of 2020 election 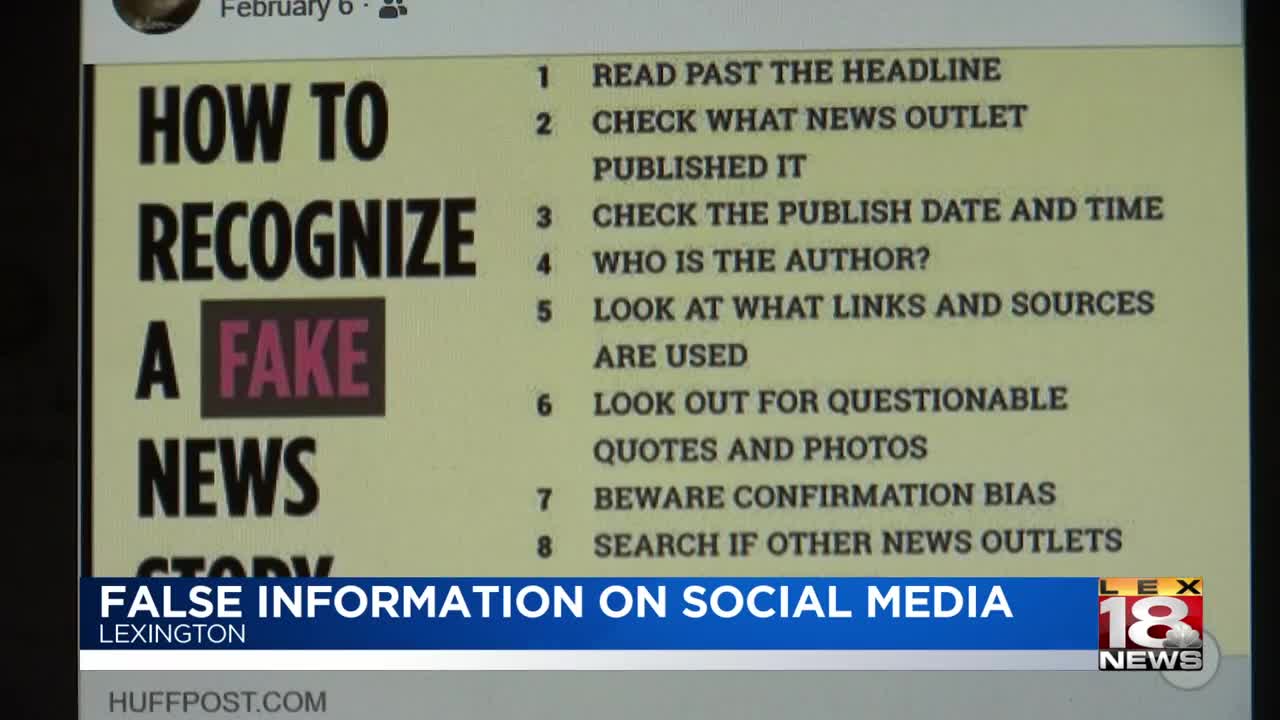 LEXINGTON, Ky. (LEX 18) — With people in 6 more states voting in the Democratic presidential primaries, many people’s social media feeds are starting to fill up with political news.

However, that also means false information could be circulating.

“The real concern about social media and the campaign season is the dissemination of stories that have no basis in truth,” said UK Professor of Law Josh Douglas.

The 2016 presidential election brought on the first real onslaught of false news articles on social media.

“A lot of people talk about the Russian hacking of the 2016 election, the hacking was really of us, in that Russia peddled a bunch of fake news stories on Facebook, on Twitter that had no basis in truth whatsoever but look legitimate,” said Douglas.

With another presidential election year upon us, Facebook has enacted new measures to try and fight fake news.

There are now buttons telling you about the source of an article, or you may even see a screen pop up that labels an article as "false information."

However, Douglas says that is not enough.

“I also think that we have a responsibility to think about whether a particular story makes sense or no, just in terms of our initial gut check. If something seems outlandish, maybe it is,” said Douglas.

Douglas reminds social media users that just because an article confirms your own bias or opinions, doesn't mean it's necessarily true.

“I think it's really important for us to have conversations across the aisle with people to understand different people's perspectives not to demonize those on the other side but to actually try to understand where they're coming from,” said Douglas.

The topic is also being discussed in congress. Legislators are grappling with whether enacting some type of measure to prevent the spread of false information on social media would violate First Amendment rights.