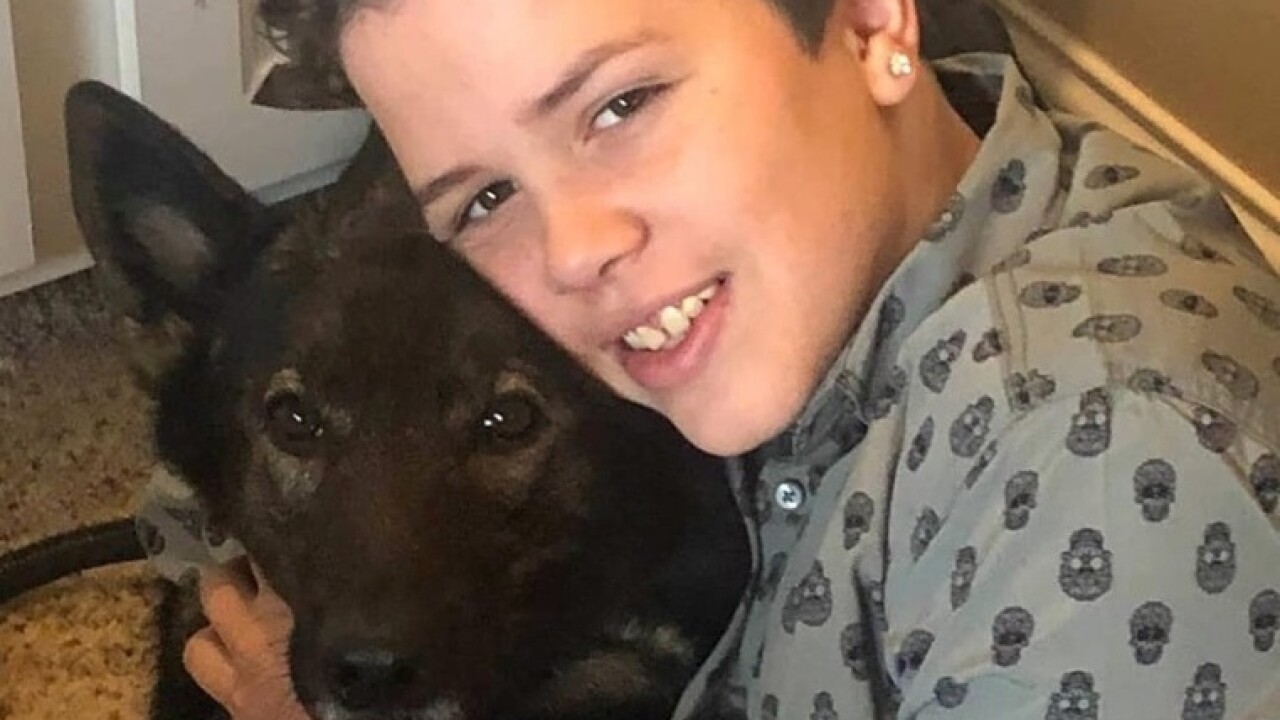 LEXINGTON, Ky. (LEX 18) –  A hero service dog is up for a special award and Monday is the last day to vote after she advanced to the final round.

Four years ago in Lexington, a 9-year-old boy was shot in the head while riding in a vehicle with his family.

Many of our LEX 18 viewers got personally involved in making sure that Antonio Reese got a service dog by donating and sharing the story. “Alice” has been doing her job and is now up for the American Humane’s Hero Dog Award.

Antonio is now 13-years-old and he is doing remarkably well. His life was forever changed because of the shooting that happened back in 2015. Thanks to his service dog, Alice, Reese has come a long way.

For two-and-a-half years, Alice has been by Antonio’s side alerting his family to his possibly life-threatening seizures.

“If it wasn’t for Alice and the fact she alerts every single time, never skipped an alert Antonio probably wouldn’t be with us today. If he falls and hits the side of his head with the artificial flap we could lose him. She’s never skipped an alert..never not one…she’s done what she’s meant to do,”  Reese’s mother Tara Murillo told LEX 18.

Antonio thinks that it’s an honor his dog deserves. She even alerted Antonio’s family that he was anxious while he spoke with reporter Leigh Searcy.

“She’s saved my life with a lot of stuff. If I’m about to have a seizure she whines about it and warns people,” says Reese.

Alice is now in the final round and voting ends today at 3 p.m.