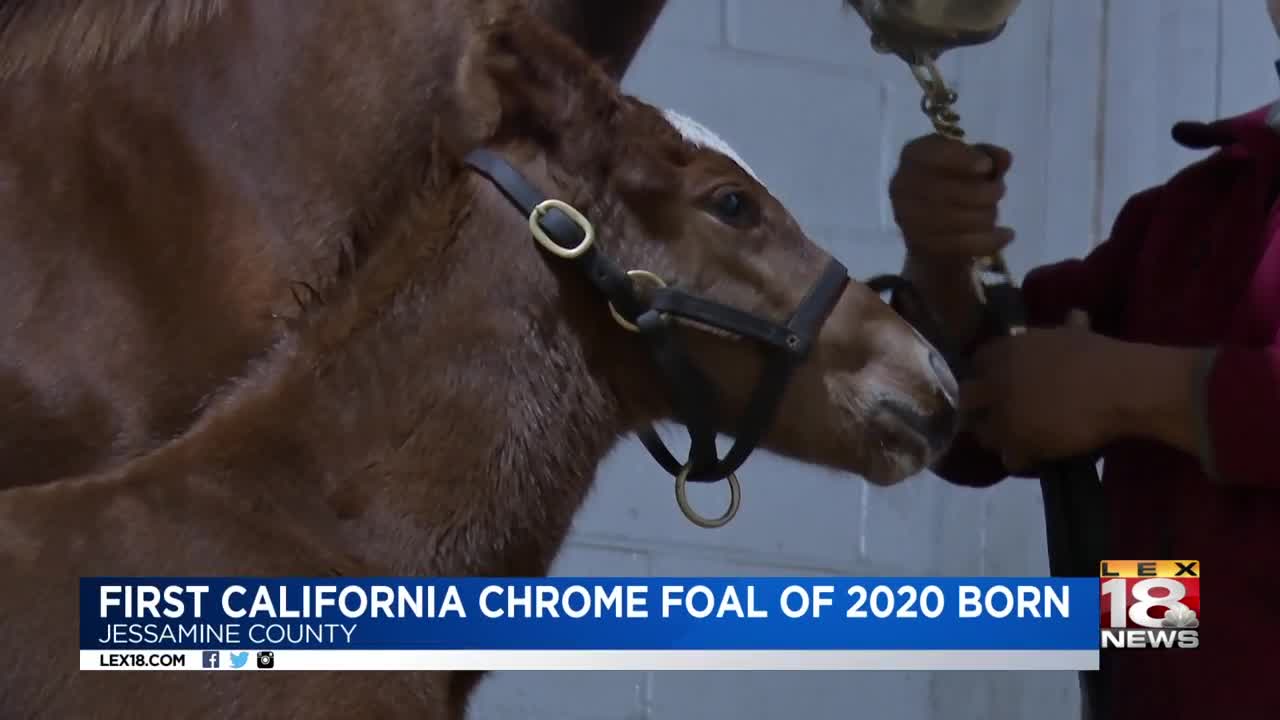 JESSSAMINE COUNTY, Ky. (LEX 18) — The first California Chrome foal of the season has been born. The foal was born at Taylor Made Farm on Sunday.

The little guy is quite the looker.

"He's a couple 3 inches taller than normal. And probably weighed 20-25 pounds more than an average one," Frank Taylor, Vice President of Operations, said.

This colt is the first California Chrome foal of the season at Taylor Made Farm.

"Big and strong, he's by California Chrome, who won the Kentucky Derby and the Dubai World Cup," Taylor added. "He's out of a mare from a great pedigree. Shackleford is in the pedigree, so this horse has a lot of ingredients that could be anything."

Taylor says they've had about 75 California Chrome Foals born at the farm.

"It's exciting, we got to race Chrome and when he became Horse of the Year as an older horse," Taylor noted. "We won the Dubai World Cup with him and we're able to win the Pacific Classic and run second in the Breeder's cup. So we had a lot of fun that year."

The foals will be sold the following year in September when they're closer to two-years-old. Taylor said the colt will spend his time at Taylor Made Farm until then.

"All these foals, each one of them has great potential they could be anything. So you just never know," Taylor said. "You just take care of all of them and just hope you come up with a big one like a Chrome or a Pharaoh."

The colt will be named once he is purchased.