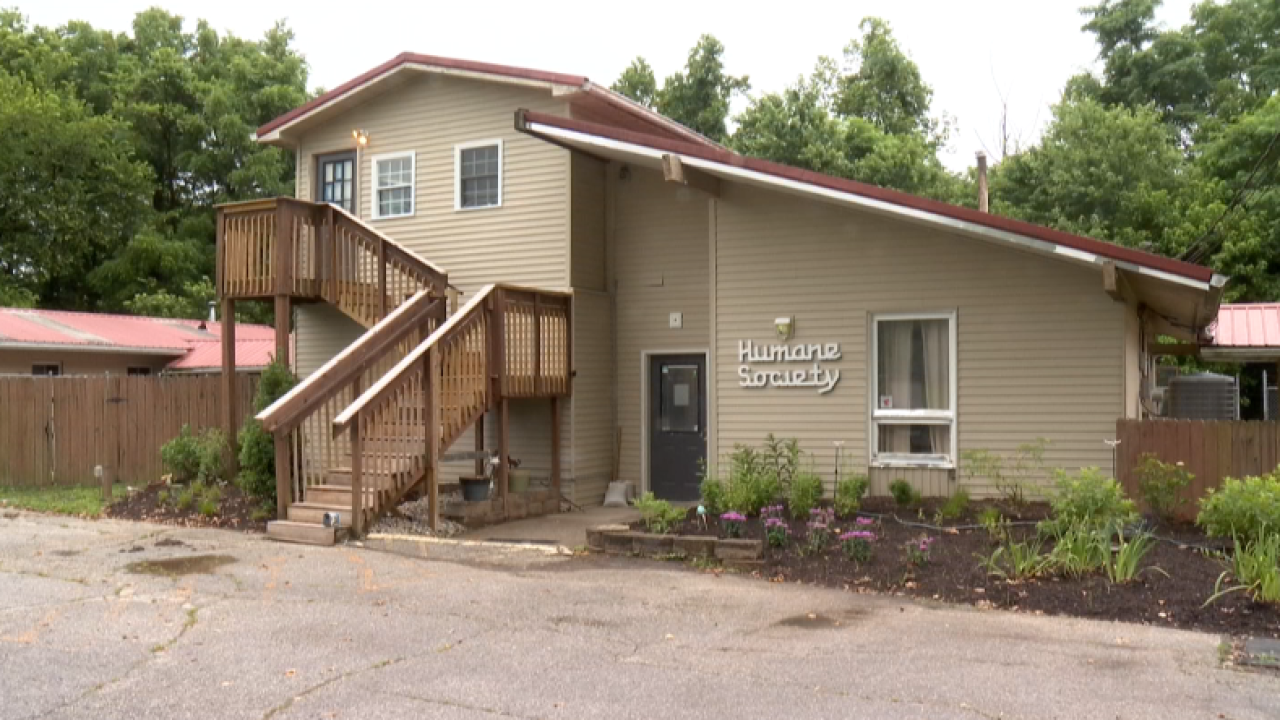 Board of Directors revealed building plans during a Facebook Live update on the shelter’s fiscal year.

They are working to raise $1.6 million in the next 12 months towards their new $4 million facility.

The current Humane Society building at 1041 Kentucky Ave is more than 50 years old. Plans for a new building have been in the works for years, according to Humane Society President Sam Marcus.

“We’ve been at this for a long time, but until now we didn’t have a commitment from our local government. I think that’s a huge step,” said Marcus.

In January, the Frankfort City Commission approved a $1 million contribution to the new shelter. The Franklin County Fiscal Court approved an $800,000 contribution towards the project. Marcus said the shelter also received a $500,000 donation from Richard and Anne Rosen.

“We want people from the community to want to come to the shelter and I think they will when it’s new,” said Marcus

According to Marcus, there are several problems with the current Humane Society they are looking to eradicate in the new building.

Among the problems is the current shelter’s location. Marcus told LEX 18 it presently sits in a flood plain.

“We have the place pretty much sandbagged all the time,” said Marcus.

The new Humane Society will be built on Glenns Creek Road.

Another major problem with the current building, according to Marcus, is it’s spacial limitations and the impact that has on disease control.

“We check for diseases right away as soon as they come in, but if one has it and we have to try to isolate it, it’s tricky to do because we have 18 kennels on one side of the building and they’re all together.”

Marcus said the new shelter will have different zones that will allow for staff to separate animals if a health concern ever arises.

It will also feature a new medical clinic that will create opportunities for the shelter to provide low-cost spay/neuter services and other assistance to pet owners in need of financial assistance.

Construction on the new shelter is projected to begin next summer once the final $1.6 million is raised. Marcus said they are hoping for a grand reopening in June 2022.

Donations can be made to the Franklin County Humane Society here.