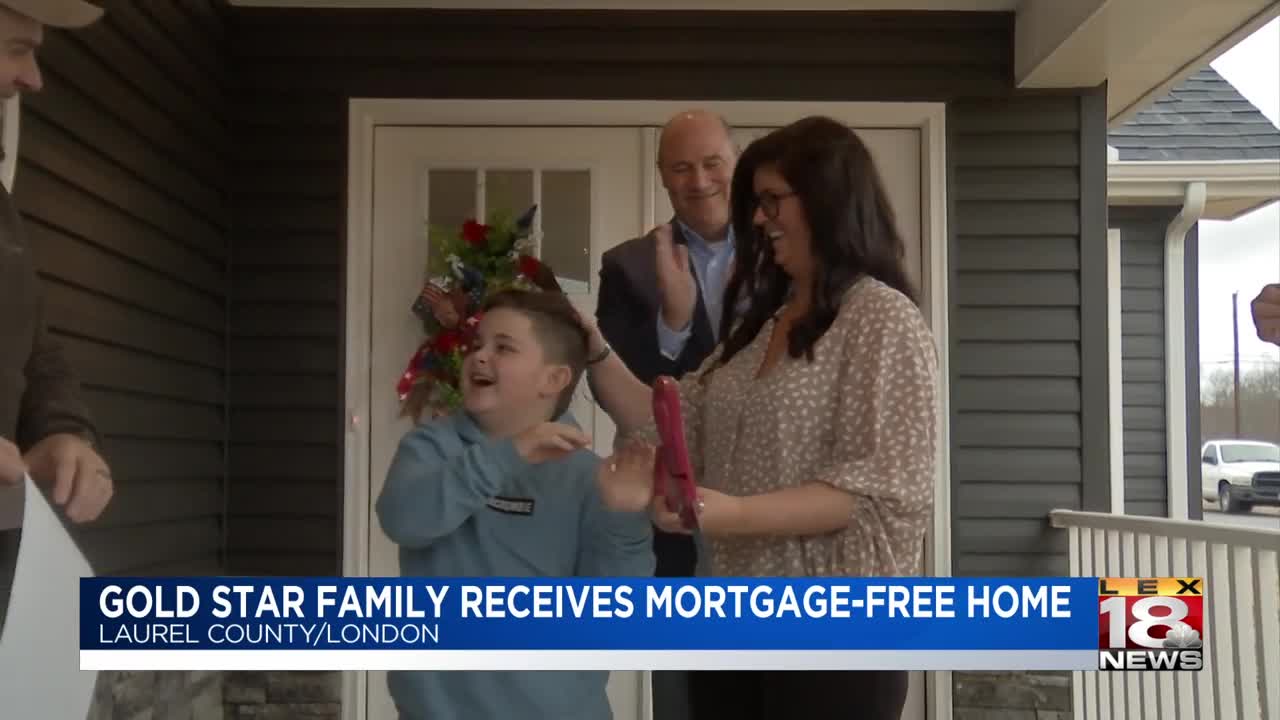 LAUREL COUNTY, Ky. (LEX 18) — A local Gold Star family was given the keys to their new, mortgage-free home on Tuesday.

"What do you think bud?" Holly Conrad asked with excitement, as she and her son, Bentley, walked through the front door for the first time.

The foundation gifted the home to the Conrads to honor the legacy of Holly's late husband, Sergeant Timothy "T.J." Conrad.

Sgt. Conrad was killed in Afghanistan in 2012 when his unit came under small arms fire, according to Tunnel to Towers. At the time, T.J. and Holly had been married for eighteen months and their son, Bentley, was only seven months old.

"He had the best personality," Holly remembered. "He was so much fun to be around and made everyone around him happy."

Holly said she knows T.J. was with them Tuesday as they explored their new home.

"I know that he's very appreciative," she said with tears welling up in her eyes.

Holly said she is looking forward to starting a new chapter, and that she cannot wait to turn the house into their forever home.