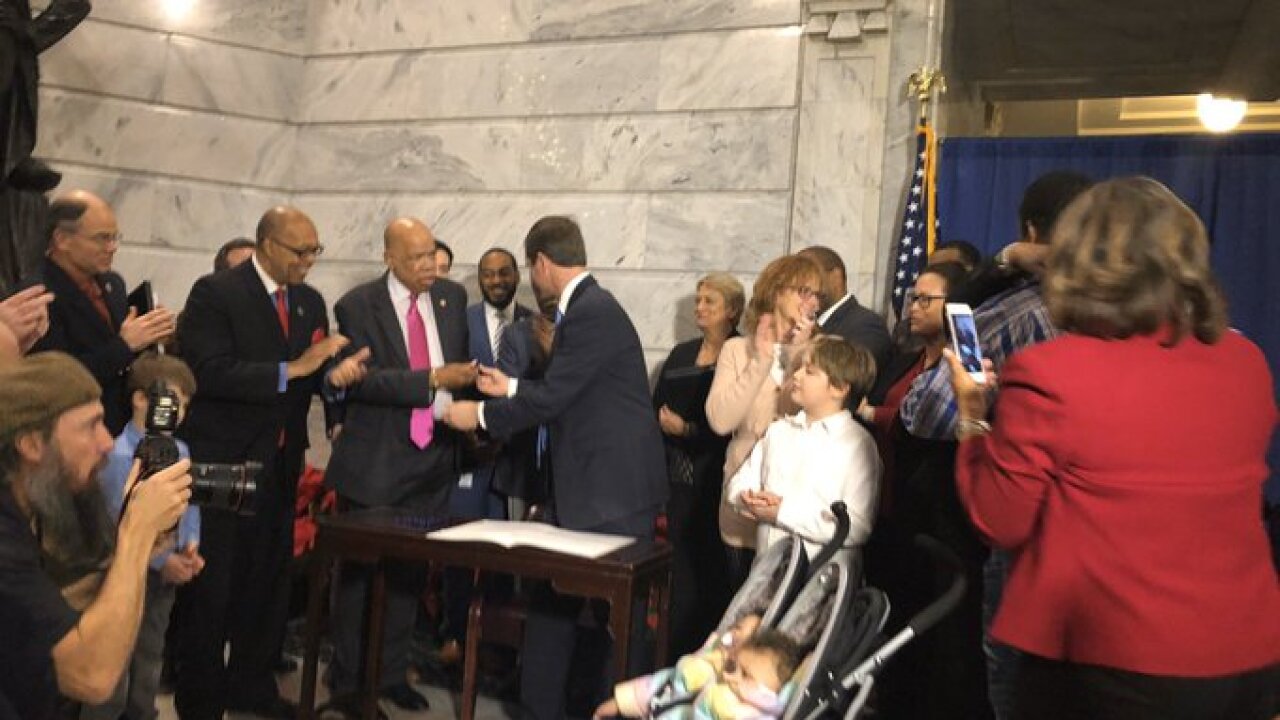 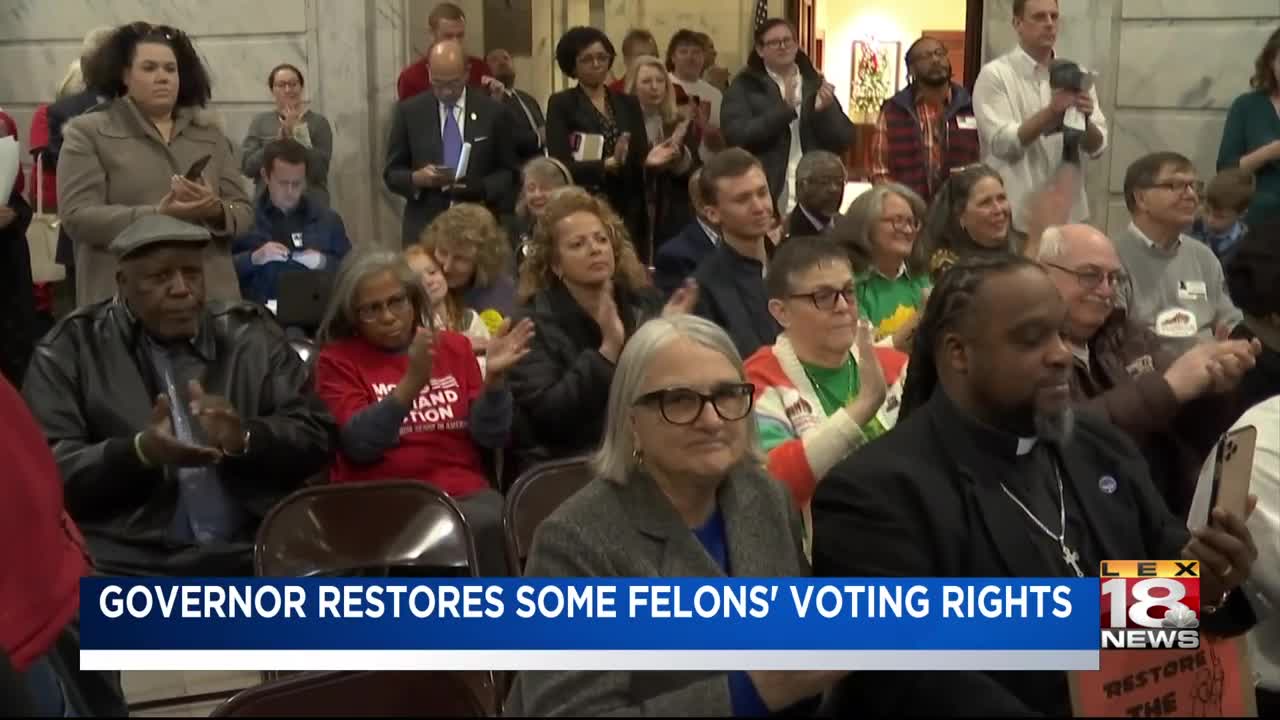 FRANKFORT, Ky. (LEX 18) — After two days in office, Governor Andy Beshear has signed an executive order to expand voting rights to non-violet felons in the Commonwealth.

The order applies to more than 140,000 people in the Bluegrass who were convicted of crimes and lost their rights to vote.

That includes individuals like Ryan Young. Young was convicted of drug possession when he was 18. He's never been able to vote . But on Thursday, that right was restored back to him. Young was one of the many who spoke at today's signing. In attendance were his twin 21-month-old daughters.

A lot of emotions as Gov. Beshear welcomes convicted felons to join him as he signs the executive order. It will restore rights to more than 140,000 people in Kentucky. @LEX18News pic.twitter.com/WcelotOTco

Rynn Young was convicted of drug possession when he was 18 years-old. He’s never been able to vote, today that right was restored back to him. He attended today with his twin 21-month-old daughters. @LEX18News pic.twitter.com/0Ul3CBlgNv

Iowa is now the only state that still denies the right to vote to anyone convicted of a felony.

The Kentucky Democratic Party released the following statement on the restoration of voting rights, “We have had unnecessary voting restrictions for far too long. I applaud Governor Beshear’s move to restore voting rights to more than 140,000 people who have served their time and deserve a voice in our democracy. This is a great step in increasing participation in our elections, while keeping a promise to show that all Kentuckians matter.”