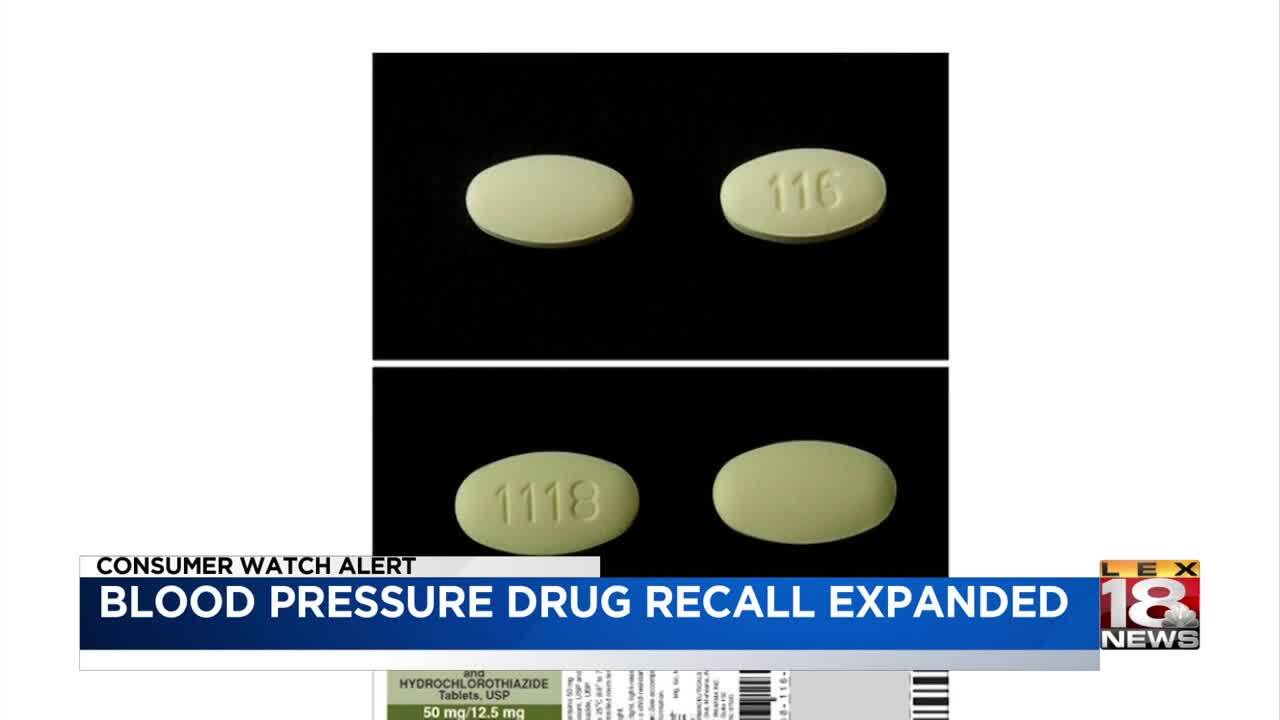 (CNN) — Torrent Pharmaceuticals Ltd. has expanded its voluntary recall of two blood pressure medications after trace amounts of a potentially cancer-causing impurity were found during testing.

Tests of some of those medications revealed amounts of N-methylnitrosobutyric acid (NMBA) that were above the US Food and Drug Administration's daily acceptable levels.

This recall is related to the valsartan recall that has been expanded multiple times since July, when separate lots of blood pressure medications from different companies began being pulled from pharmacy shelves.

The medications all contained either valsartan, losartan or irbesartan and had traces of these impurities that pose a cancer risk to users.

The FDA has begun testing all heart drugs called angiotensin II receptor blockers for these impurities.

Also known as ARBs, they block a potent chemical in the blood called angiotensin that causes muscles surrounding blood vessels to contract.

When the chemical binds, it narrows the vessels, and that can cause high blood pressure.

What this recall includes

Patients currently taking the medication should continue doing so "as the risk of harm to the patient's health may be higher if the treatment is stopped immediately without any alternative treatment," the FDA said in a news release.

While it is unclear exactly what the cancer risk is of continuing to take the medication, the FDA believes that the risk was low with the recall of valsartan.