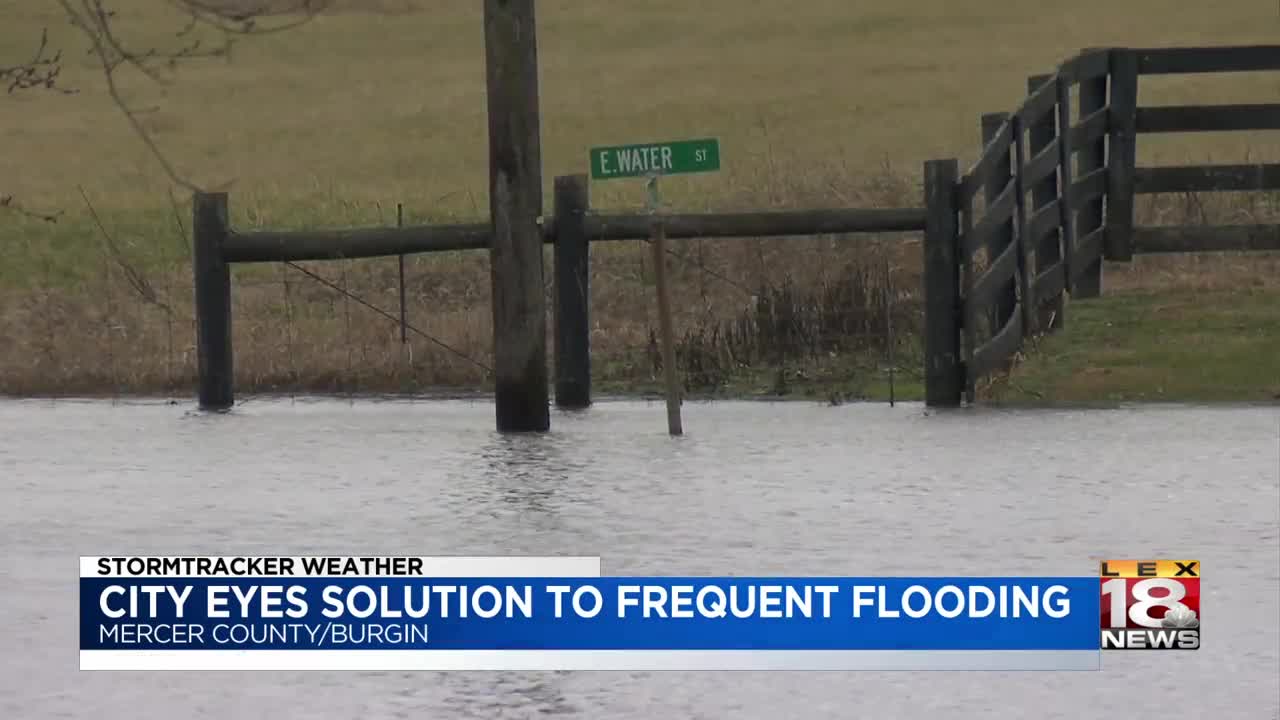 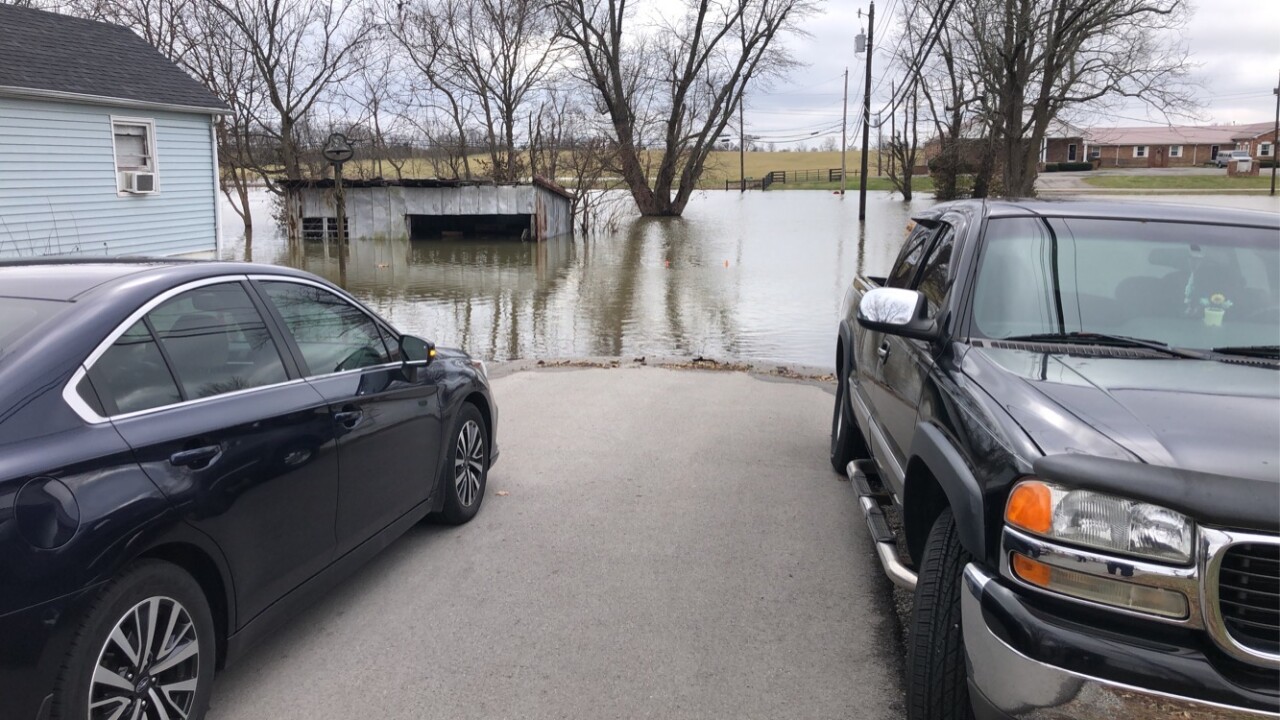 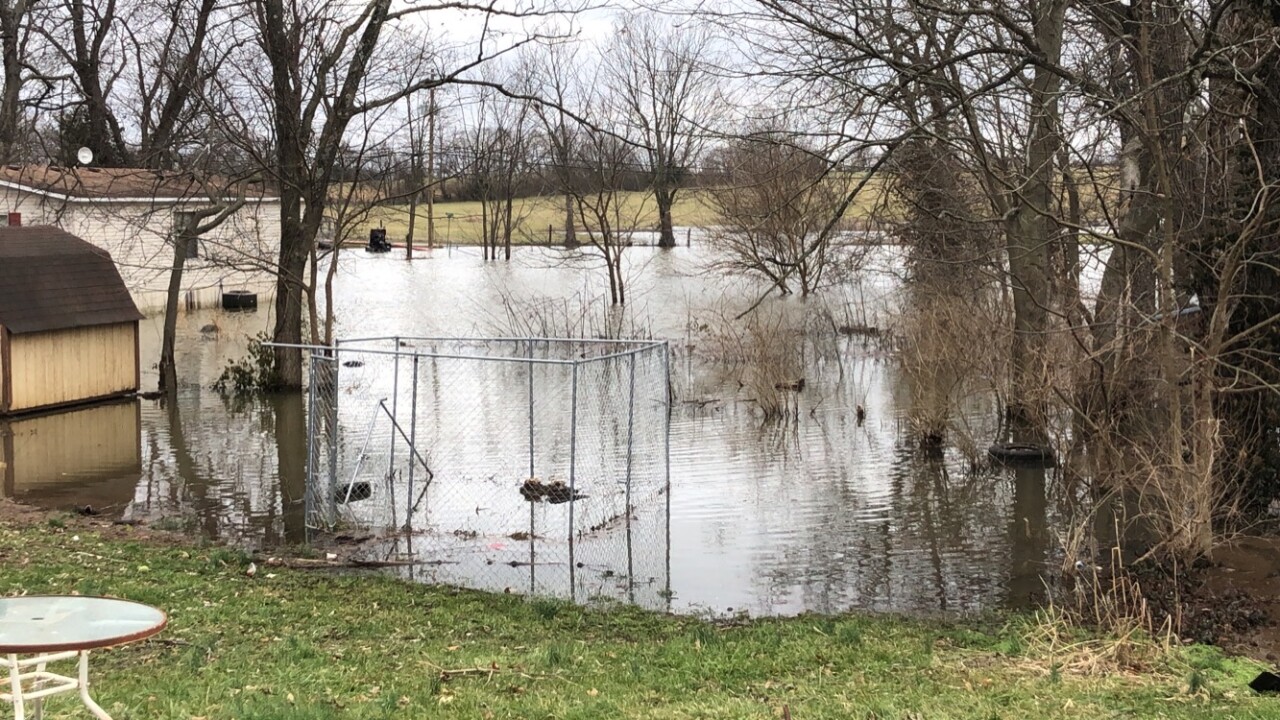 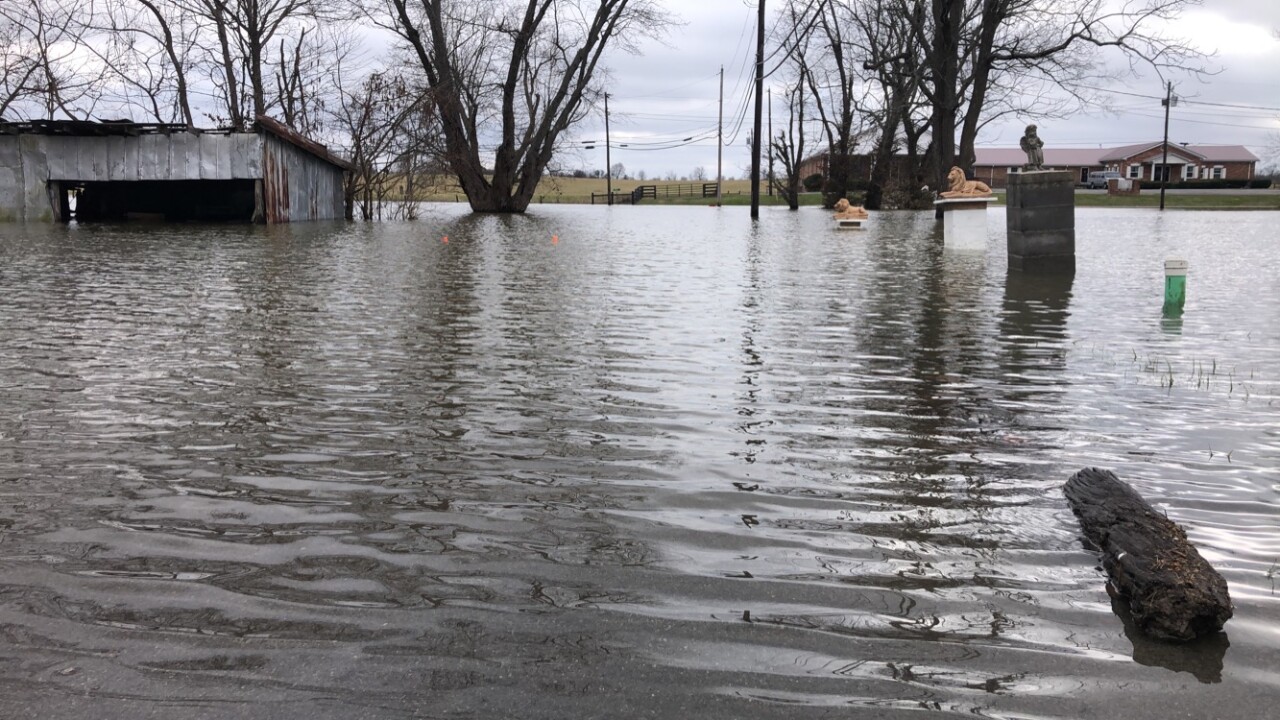 BURGIN, Ky. (LEX 18) — A Mercer County mayor said 25 percent of his city is underwater and some homes can only be reached by boat.

But on Tuesday, the city of Burgin did get some good news as officials tried to find a solution to drainage problems that plague the town.

"You can get your shoes wet walking on 25 percent of my city right now," said Mayor James Caldwell.

Right now, a road fittingly named Water Street is submerged. The stop sign on the road is at least six feet tall, but you can barely see the top of it.

Sheds are flooded and homes are surrounded by water.

"All my outside buildings are flooded, and the basement has five feet of water in it," said resident Margie Brothers.

Caldwell took office in the past year and one of his first actions was to buy a pump system to drain the water faster.

"We've actually been able to stay ahead of it in a couple of instances," said Caldwell. "But this time, we just got too much rain too quickly."

Caldwell said a new sewer system was installed last year, but problems arose. Now, the drainage is slower than before.

He looked for state and federal funding for help, but the city's financial books were several years behind, meaning needed money was not coming.

Caldwell and his team updated and submitted records.

On Tuesday morning, the Department of Local Government sent an email saying the city was now complaint.

"This basically takes the shackles off, this lets us get the federal funding and the state funding that we need," Caldwell said.

Caldwell said that the goal is to keep taking steps forward so that, eventually, during a heavy rain, this area of Burgin will stay above water.