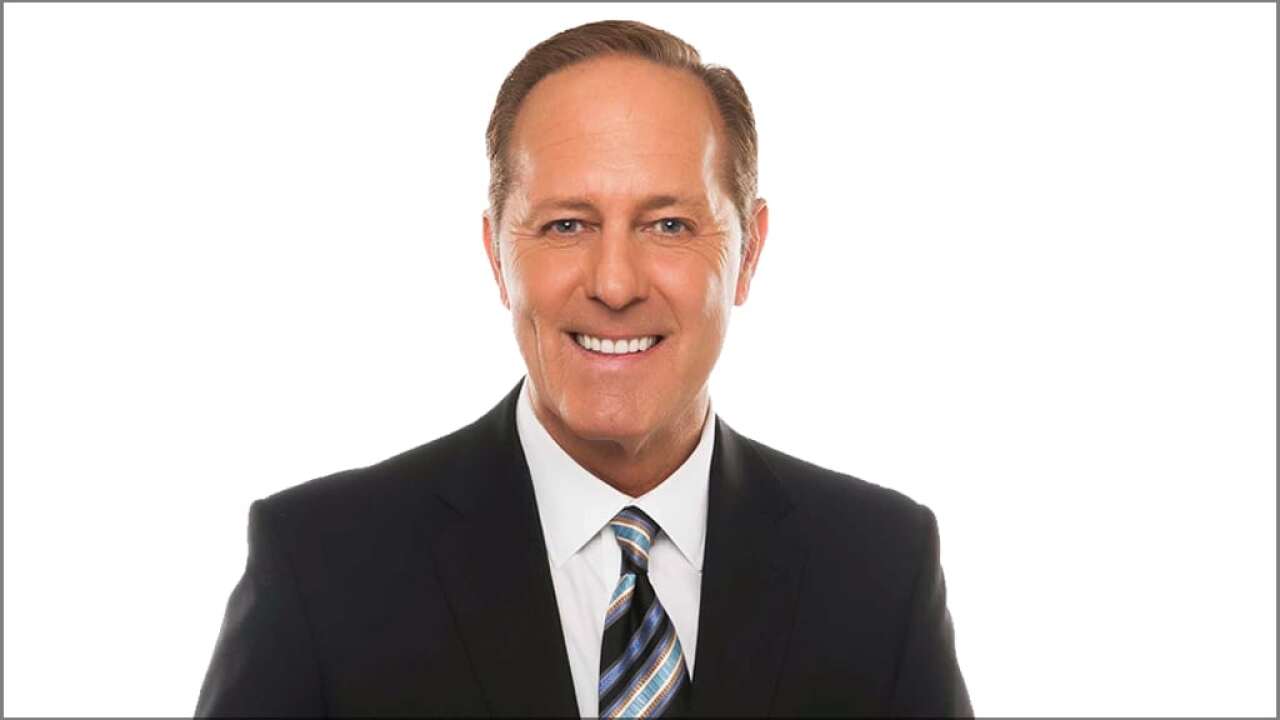 LEXINGTON, Ky. (LEX 18) — One of Lexington’s longest-tenured news anchors has announced his plans to retire at the end of this month.

Kevin Christopher has been a mainstay behind the desk for LEX18’s evening and late news since 2000. Along with co-anchor Nancy Cox and Chief Meteorologist Bill Meck, the trio comprises the longest running news team in Lexington TV, having shared 20 years together on the air.

“This has been a great run, and the most rewarding time in my 40 years in broadcasting,” says Christopher. “I’ve been blessed to spend the last half of my television news career at LEX18, and to leave our main anchor team and my many colleagues not only in the newsroom, but in every department of this great station, has been a very tough decision. I’ll be taking some vacation time as there is much to do to get ready for retirement life, but I hope our viewers will be watching during the last few weeks in August when I return to the air for some final goodbyes.”

“I want to thank Kevin for the countless contributions he’s made to LEX 18 during his 20 years of service to our station and our community,” says LEX18 News Director Brian Neal. “We will miss his guidance, leadership, and trusted voice on the anchor desk. We wish him many years of health and happiness in retirement.”

Nancy Cox spoke of her two decades working with Kevin. “Together, the LEX 18 team established something over the past 20 years that is rare in television these days. I want to thank Kevin for his commitment to the mission we started and accomplished, to reach our community with service and information to help them build better lives.”

During Christopher’s two decades in Lexington, LEX18 moved from a weak #2 in the ratings to a neck-and-neck competitor with WKYT. “We were all focused on one mission- to unseat WKYT as the market’s top choice for TV news,” says Christopher. “And year by year, we kept building momentum.” The 6pm news co-anchored by Christopher finally overtook WKYT in 2004. “But for me, it all culminated in May of 2012, when we finally posted the highest household ratings in every newscast, from morning to late night.”

And how did the LEX18 News team celebrate? “We had some ice cream and went back to work,” laughs Christopher.
Covering the Kentucky Derby will always be one of Christopher’s highlights at LEX18. “I will always remember the 2001 Kentucky Derby, my first. It was NBC’s first year of Derby coverage, and LEX 18’s first time bringing our viewers all day coverage of the ‘Run for The Roses.’ I wrote, produced and narrated what would be the first of 18 Derby Opens I would do over the years. Setting the scene for our viewers on Derby Day will remain one of the high points of my broadcast career.”

LEX18 VP/GM Andrew Shenkan notes that “Kevin’s announcement of his retirement is bittersweet as he has been such an integral part of our news team and this community for over two decades. No doubt, he will be missed by his all colleagues at the station and by the viewers here in Kentucky. We want to wish him the very best in his next chapter in life.”

Kevin Christopher’s 40-year career in television began in the spring of 1980, when he signed on as the Sports Anchor for Turner Broadcasting’s TBS Evening News. For the next seven years he was the main TBS Sports studio anchor for Atlanta Braves baseball, Atlanta Hawks basketball, NBA basketball, SEC College football and the Sunday night Coors Sports Page highlight show, as well as a contributor to CNN and Headline News.

While at TBS, Christopher produced and reported “When the Cheering Stops.” an in-depth story on former Miami Dolphins star Mercury Morris, who was convicted and imprisoned under Florida’s ‘minimum mandatory’ drug law. The report not only earned Christopher his first Emmy. “But more importantly,” he says, “the findings from that story were later introduced in Morris’ appeal... and he was eventually released from prison for time served.”

During the 1990’s Christopher did double duty as an anchor and national correspondent for Washington DC’s Sports News Network, Sports Director for New York’s WLNY-TV, and columnist for the Asbury Park Press, the second largest daily newspaper in his home state of New Jersey. In 1995, he made the move to television news full-time as a bureau chief and evening anchor at Cablevision’s 24-hour news channel, News 12 New Jersey.

In March of 1997 Christopher headed to Florida’s capital to help resurrect the news division at WTWC-NBC 40 in Tallahassee. He spent over three years there as main anchor, managing editor, political talk show host, before joining LEX18 in October 2000.

As for his immediate future, Christopher plans on keeping things simple- and relaxed. “It’s a good time to get lost in the Tropics, brush up on my sailing and saltwater fishing skills, and reduce my wardrobe to shorts, t-shirts and deck shoes."

About LEX 18
WLEX-TV (LEX18) is the NBC affiliate in Lexington and serves the 64th largest TV market in the US, covering 40 counties in central, eastern and southern Kentucky. LEX18’s mission is to do well by doing good- informing, empowering, and engaging the communities that LEX18 serves on every platform.

About Scripps
The E.W. Scripps Company (NASDAQ: SSP) advances understanding of the world through journalism. As the nation’s fourth-largest independent TV station owner, Scripps operates 60 television stations in 42 markets. Scripps empowers the next generation of news consumers with its multiplatform news network Newsy and reaches growing audiences through broadcast networks including Bounce and Court TV. Shaping the future of storytelling through digital audio, Scripps owns top podcast company Stitcher and Triton, the global leader in technology and measurement services. Scripps runs an award-winning investigative reporting newsroom in Washington, D.C., and is the longtime steward of the Scripps National Spelling Bee. Founded in 1878, Scripps has held for decades to the motto, “Give light and the people will find their own way.”