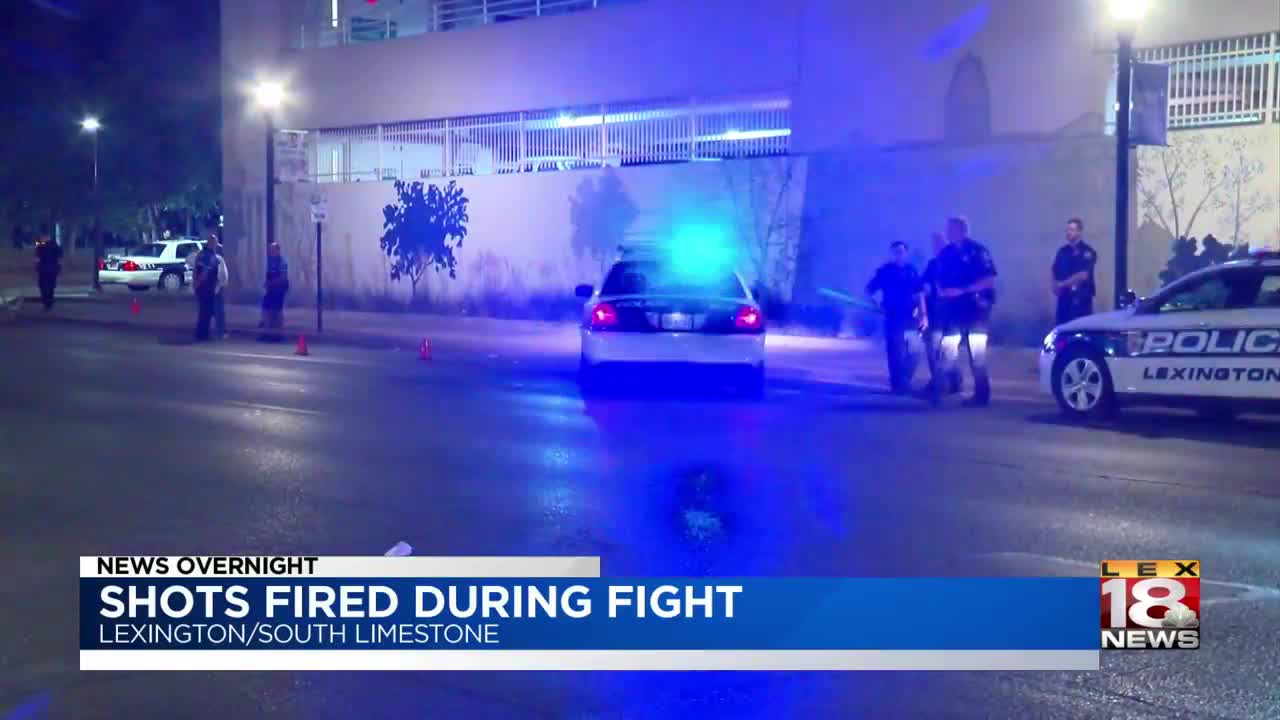 LEXINGTON, Ky. (LEX 18) — A street fight that happened on Sunday morning in Lexington erupted in gunfire.

The incident happened in the 300 block of South Limestone around 3 a.m. on Sunday.

Witnesses told police that there was a fight between two men and one of the men pulled a gun and fired it into the air.

The suspect then fled the scene.

Police found shell casings on the ground, but there were no victims and no property damage.

As of Sunday around 7 a.m., no one had been arrested.