Voter believes he received intimidating postcard; group responsible for it claims it was an error 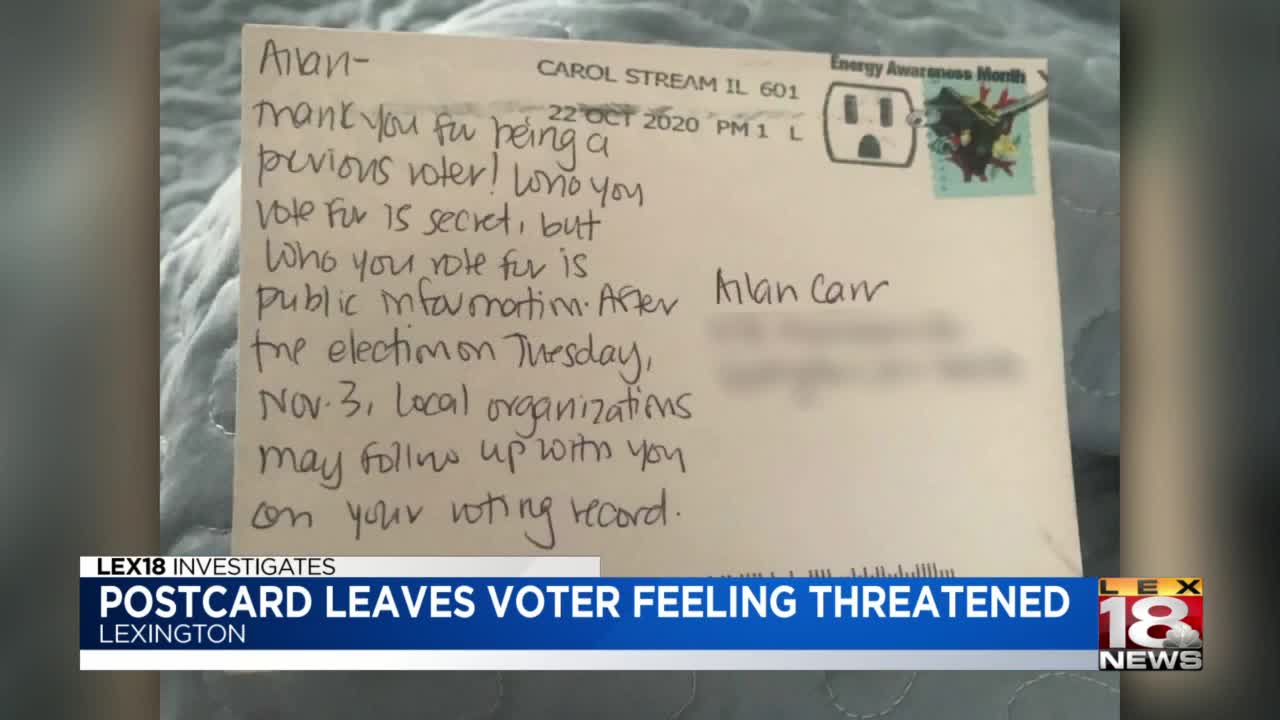 All sorts of groups and campaigns are trying to reach voters before November 3, so the mailers are not unusual. However, one voter in Lexington got a postcard that didn't sit well with him. 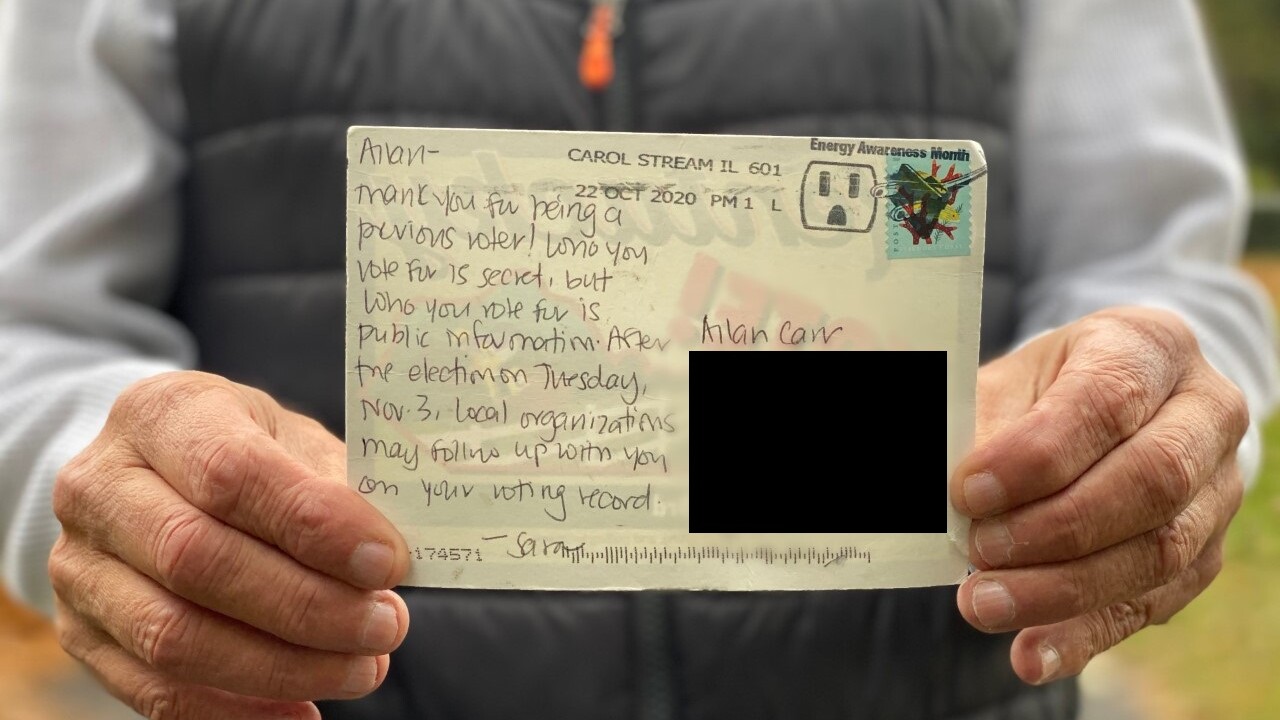 (LEX 18) — As we get closer to the end of this election cycle, voters will find many different fliers and postcards in their mailboxes.

All sorts of groups and campaigns are trying to reach voters before November 3, so the mailers are not unusual. However, one voter in Lexington got a postcard that didn't sit well with him.

The handwritten postcard started with a simple greeting: "Allan, thank you for being a previous voter!"

But the next few lines left the recipient, Allan Carr, feeling intimidated.

"Who you vote is secret, but who you vote for is public information," said the postcard. "After the election on Tuesday, November 3, local organizations may follow up with you on your voting record."

"It didn't scare me, but I saw it as threatening," explained Carr. "So, I can see somebody else being threatened by it."

Carr said he received the postcard about two days after he voted early.

"I didn't understand it a bit," said Carr. "I don't even know what side - which campaign - it came from."

The postcard didn't come from a political campaign. According to the fine print on the front of the card, it was paid for by Indivisible Chicago Alliance.

According to the group's website, Indivisible Chicago Alliance describes itself as "a group of Chicago-area residents alarmed by the 2016 election and committed to resisting the Trump agenda." According to its mission statement, the group "engages with public servants to create a just society by promoting progressive values and grassroots engagement."

One of the group's projects is "Postcards to Swing States." They're using volunteers to handwrite more than 15 million postcards to voters in 14 swing states. Kentucky is on their list, and the group confirms 865,000 postcards were sent out to Kentucky voters.

"The messaging on our postcards is designed to encourage people to vote and uses language that has been tested and proven to do so," said Marj Halperin with Indivisible Chicago Alliance. "This is a nonpartisan message that does not ask or encourage anyone to vote for specific candidates."

According to the frequently asked questions section on the group's website, volunteers can choose between two approved messages.

"Message A" is listed as a "social pressure" message. It is written to say: "Thank you for being a [previous/first time] voter! Who you vote for is secret, but whether you vote is public information. After the election on Tuesday, November 3, local organizations may follow up with you on your voting record."

Halperin said the group did not authorize the message Carr received.

"Unfortunately, this volunteer did not write our approved message, which is solely designed to encourage people to vote," said Halperin. "With many volunteers writing multiple cards, this would seem to be an error, resulting in a message that not only is contrary to our approved language but also doesn't quite make sense."

The message on Carr's postcard is also untrue. Kentucky has a secret ballot system, so the Secretary of State is certain no one will know who a voter votes for unless that voter tells someone.

"Whether you're voting in-person or voting absentee, there's no way anybody knows who you voted for," said Secretary of State Michael Adams. "I don't know. The poll workers don't know, and certainly, some shady out-of-state interest group doesn't know who you voted for."

While Indivisible Chicago Alliance says their postcard to Carr was a mistake, there are confirmed situations in other states where voters have gotten intimidating messages by other groups. In Kentucky, intimidating voters is illegal.

Garcia says the Attorney General's Office has received a complaint involving an intimidating message, and they're looking into it currently.

"That complaint received - the language that was used was really vague. It was from an out-of-state organization," said Garcia. "We are looking into it."

"The best thing they can do is call our hotline. It's 1-800-328-VOTE and let us know," said Garcia. "The people of this great commonwealth are our eyes and ears during this election."