Martens led the NCAA in RBI this season 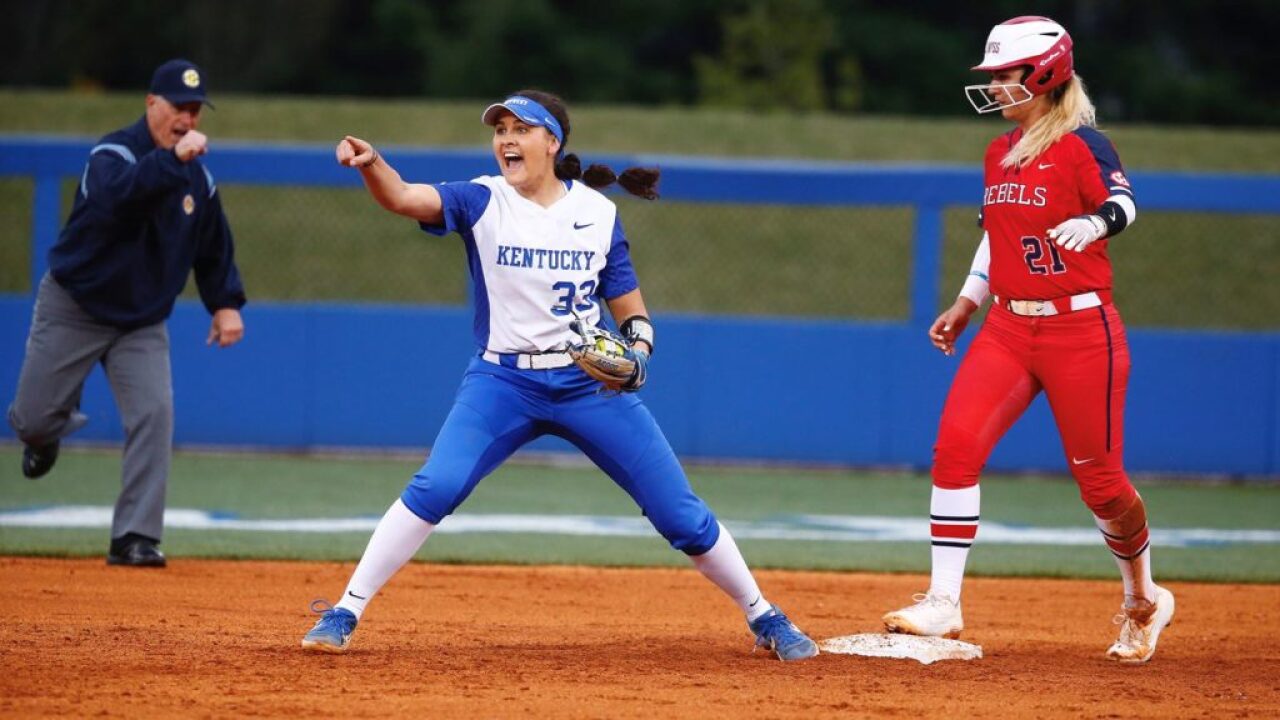 LEXINGTON, Ky. (LEX 18) — Kentucky Softball player Alex Martens announced on Friday that she will be forgoing her extra year of eligibility for 2021.

In a letter released to Big Blue Nation, Martens opened up her path forward, as she will be pursuing a second degree in a Masters of Art in Strategic Design from Furman University, in conjunction with the Miami Ad School at Portfolio Center.

Martens led the NCAA with 47 runs batted in during her senior season, where she hit a career-high .507 along with 28 runs scored and nine home runs.

During her career, she became heavily involved with FCA, and was National Fastpitch Coaches’ Association All-Region in 2019.

She ends her UK career with three NCAA Super Regional appearances and a second-place finish in the 2019 Southeastern Conference – tying the 2016 mark for the best in program history.

University of Kentucky, thank you for the best four years of my life 💙 pic.twitter.com/mkI7sHM0NJ

Martens released the following letter to the Big Blue Nation on Friday.