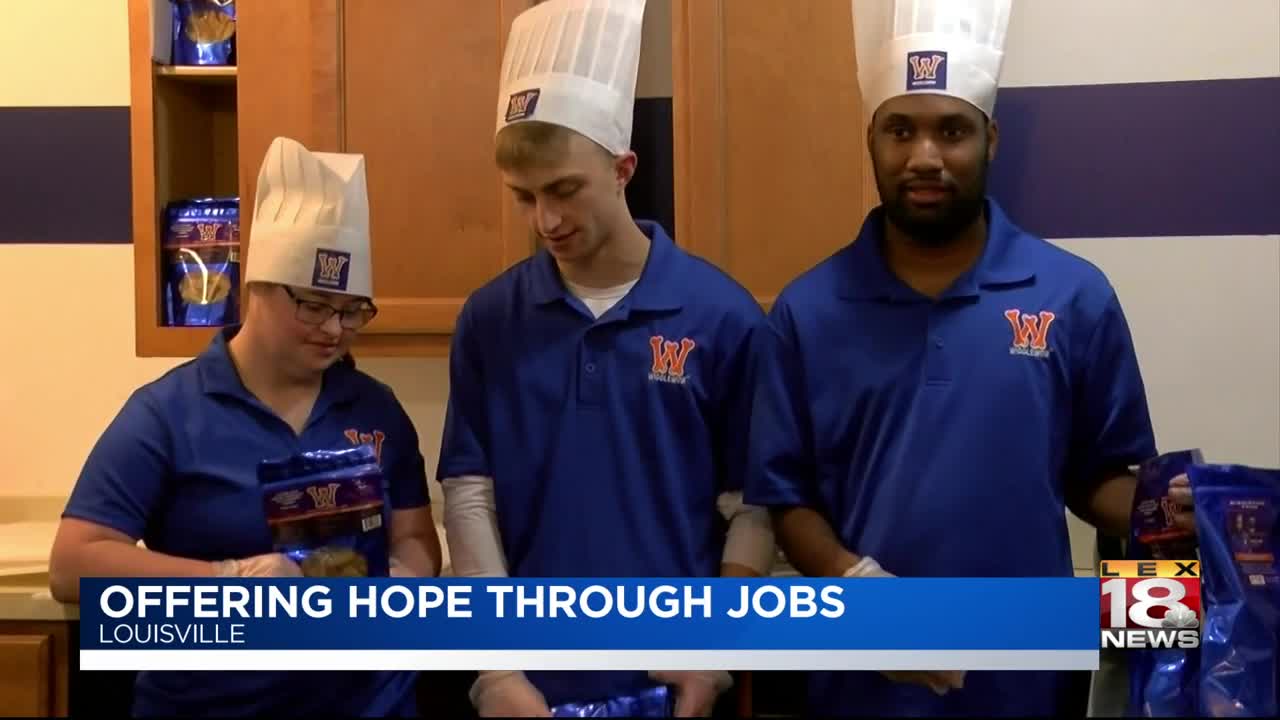 LOUISVILLE, Ky. (WAVE/LEX 18) — A company in Louisville is making a difference in the community and not just through their all-natural dog biscuits.

According to WAVE, Wigglewow is also providing jobs to adults with special needs and their parents.

Mark Pfeifer, the company's founder, thought of the idea five years ago when he was working in corporate America.

"I truly feel God has me on a mission and it's not about making rich people richer anymore," Pfeifer told WAVE. "It's about transforming lives."

Pfeifer told WAVE that when students with special needs graduate, they become the responsibility of their family members again.

According to WAVE, Pfeifer has hired four adults with special needs along with the parent to work with their child. Both make $8.50 an hour, according to WAVE.

"If you think about the model where before coming to Wigglwow, both of them were sitting at home," Pfeifer told WAVE. "Now if they're able to work full time, that's an additional $50,000 for that family because we're hiring both our 'Epic Chef' and the parent."

Dante, who was Wigglewow's first hire, said that he struggled to find a job for five years. Karen White, Dante's mother, said that she is incredibly grateful for the company and the opportunity they have been given.

"On his first day he was so excited," White told WAVE. "He was juts so excited, real excited. I'm excited too because I get to come along with him and you know, watch him work."

All of the adults that are hired are called "Epic Chefs,"

"To be in a job that embraces her even more about all of her abilities and to learn this new process about baking and you know looking at the end results of the little dog treat, I'm just really excited for her," said Mona Wilkerson, who is the mother of Epic Chef Danielle Wilkerson.

"It's all about focusing on someone's abilities rather than their disabilities, so that's the focus that Mark has," said Mona.

Derek Beary was hired after Wigglewow started in August.

"Mark will hire anyone with special needs," said Beary. "He doesn't have boundaries here. He'll basically hire anyone. Which means I'll wake up and have a job, which is great."

The workers help cut the dough, stamp the dough with a 'Wow' logo, and bake the dog treats before packaging them.

Beary told WAVE that the treats are all-natural and made of water, oats, bacon and eggs.