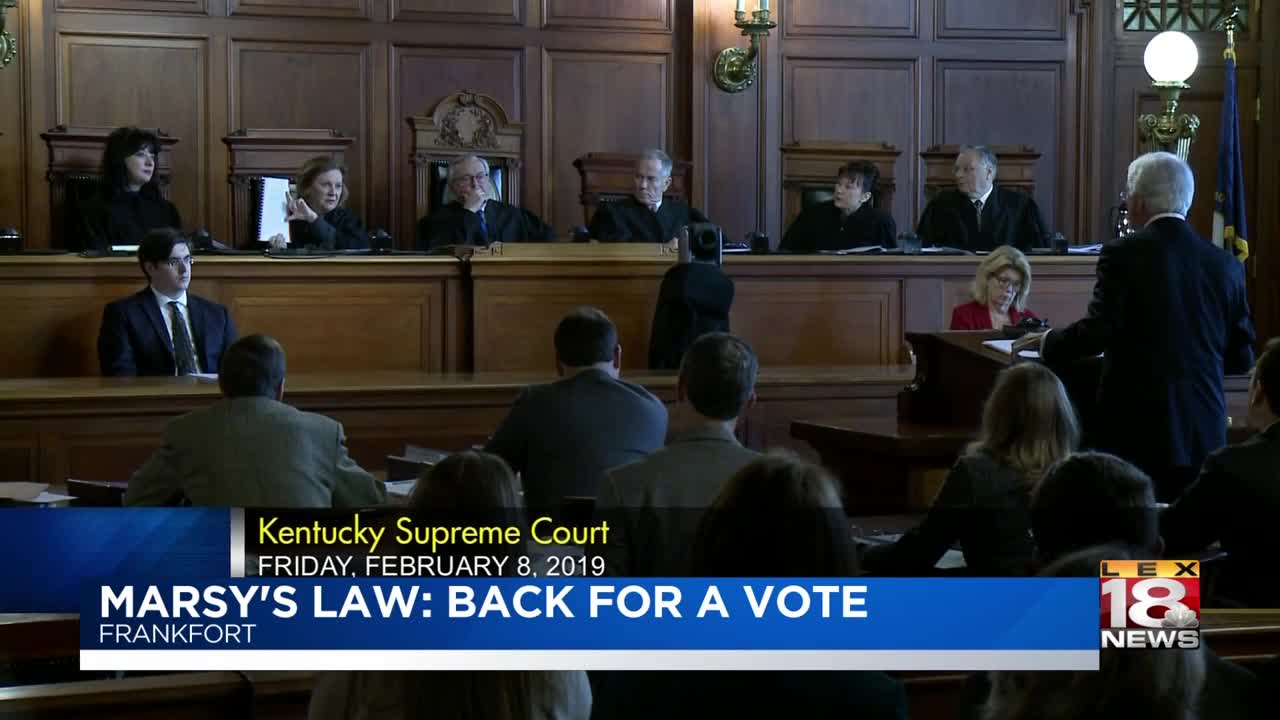 FRANKFORT, Ky. (LEX 18) — Marsy's Law, a bill that proposes a constitutional amendment to give crime victims more rights, passed in the Senate Committee on State and Local Government on Wednesday.

This is the same bill that was passed in 2018, but was ultimately struck down by the Kentucky Supreme Court.

Since the measure changes the constitution, voters need to agree to it. In November 2018, 63% of voters did. However, the question they saw on the ballot was 38 words long.

It asked: "“Are you in favor of providing constitutional rights to victims of crime, including the right to be treated fairly, with dignity and respect, and the right to be informed and to have a voice in the judicial process?”

The actual amendment was about 555 words long, which brought into question whether the question on the ballot was too vague.

The Kentucky Supreme Court decided that the full text must be published on the ballot. Since Marsy's Law only had a summary published, the Court ruled against it.

After the ruling, Marsy's Law supporters promised to try again and in 2020, they're doing just that. Marsy's Law is back as Senate Bill 15.

"Regrettably (the Court) ignored about 100 years of precedent in throwing out the ballot question and in the process overthrew the will of 63% of the voting public that came to exercise their right at the ballot that Fall," said Sen. Whitney Westerfield, the bill's sponsor. "Over 800,000 Kentuckians voted to create crime victims' constitutional rights here in Kentucky. So we're back."

Supporters told lawmakers crime victims need the same rights as the accused, including a voice in the judicial process. However, not everyone agrees with that.

The Kentucky Association of Criminal Defense Lawyers (KACDL) says Kentucky already has a crime victims' bill of rights. The group worries the constitutional measure could impact a defendant's rights.

"The machinery - the power - of the Commonwealth through its prosecutors, through its law enforcement is levied against that person who faces those charges. That person is presumed to be innocent," said Angela Rea, the president of KACDL. "That person has constitutional guaranteed rights to protect them from that power, from that machinery of the government."

Senate Bill 15 will now head to the Senate floor for a vote.