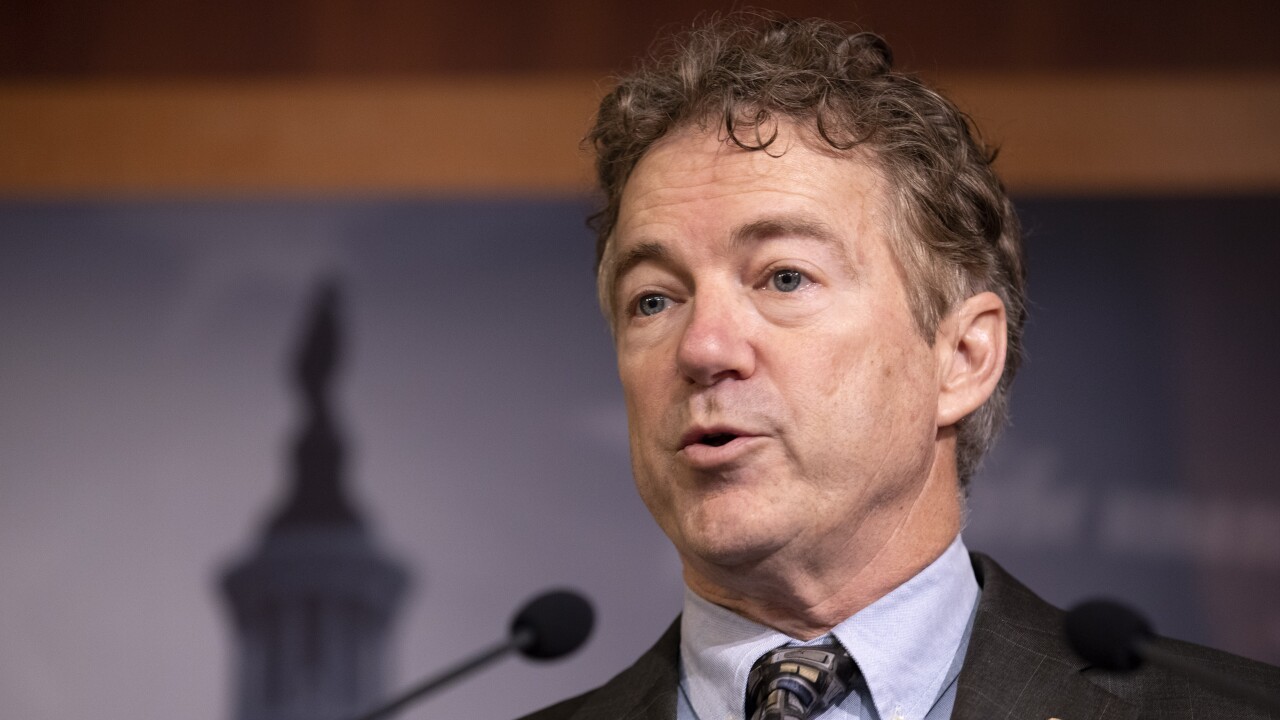 Jacquelyn Martin/AP
Sen. Rand Paul, R-Ky., speaks during a news conference on Capitol Hill in Washington, Thursday, Jan. 30, 2020, during the impeachment trial of President Donald Trump on charges of abuse of power and obstruction of Congress. (AP Photo/ Jacquelyn Martin)

WDRB reports that Paul was seeking an equal amount of cuts in unspent foreign aid money to pay for the medical aid. The Senate soundly rejected Paul's plan.

"If someone proposes new federal spending, no matter what it's for, you're supposed to pay for it by cutting spending somewhere else," Paul told WDRB News. "So what I proposed is if they're going to spend several billion dollars on the coronavirus, we should take that from the foreign aid account."

Paul insisted that his stance is aimed at not adding to the national debt, no matter the emergency declarations and fears being sparked by COVID-19.

"Yes, we can help," he said. "The government is already situated to help with coronavirus, and I think the government should act in a responsible way. I think we could allocate more money, but we should pay for it. If you don't follow through and you say, 'Oh, well, we should pay for it, but I'll vote for it anyway.' Then that just gives them license to do it again and again and again, and that's what happens up here. This isn't the first time we've had emergency money. This is probably the tenth time we've done emergency money in the past two or three years. So everything is an emergency."