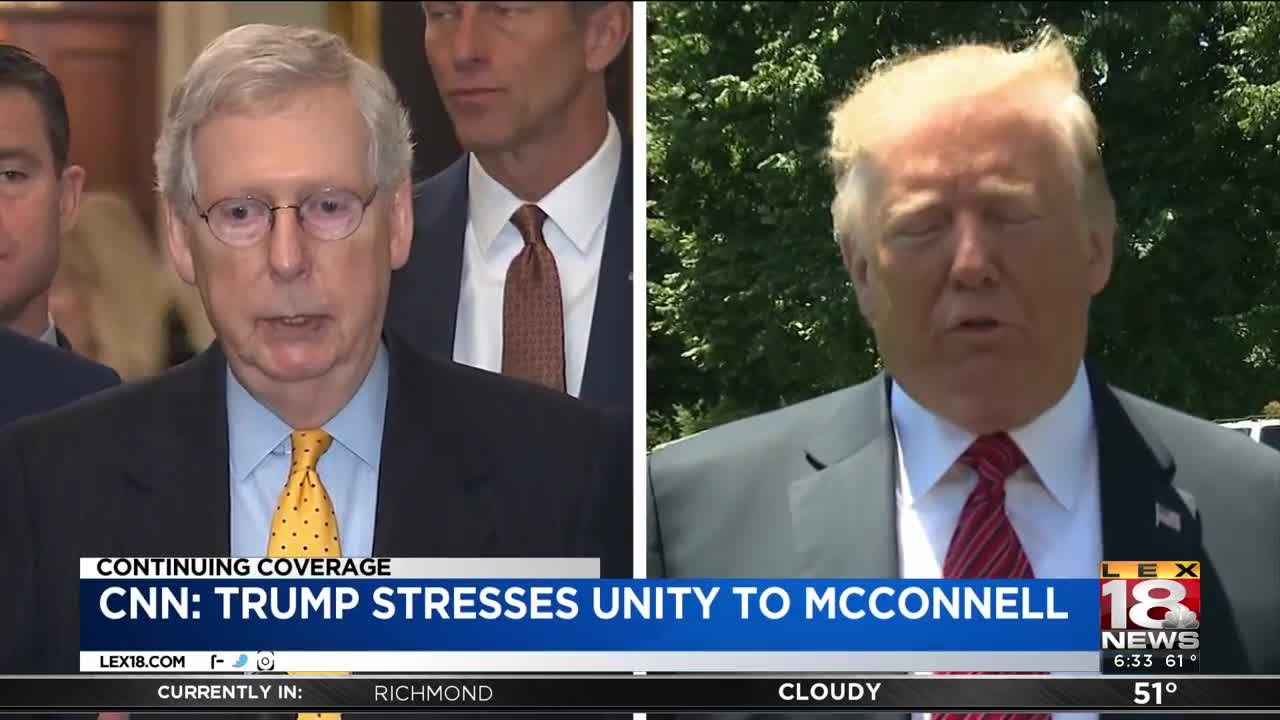 (LEX 18) — President Donald Trump has reportedly been reaching out to Senate Majority Leader Mitch McConnell, warning him about disloyalty in the Republican Party.

Trump has apparently been constantly calling his allies on Capitol Hill, including McConnell. A source told CNN that Trump calls McConnell as often as three times a day, stressing the importance of unity in the Republican Party.

McConnell has told a small number of Republicans about the president's calls.

"This story, based on a single anonymous source, is categorically false. Leader McConnell never said anything like this," Doug Andres, a McConnell spokesman, said.

The president has also apparently been lashing out at Republican senators he sees as disloyal and has told McConnell he will increase attacks on those who criticize him.

This concern about members of his own party comes as the president is trying to delay ongoing impeachment demands from Democrats, related to his conversations with Ukraine’s president.

McConnell has said the Senate Intelligence Committee should look into why Trump delayed military aid to Ukraine.

"I think that's the responsible, rather apolitical, at least bipartisan way to proceed with what we think we know at this particular point,” said McConnell.

On Tuesday, White House lawyers released a letter saying Trump plans to wage war on the impeachment inquiry and refuses to cooperate.