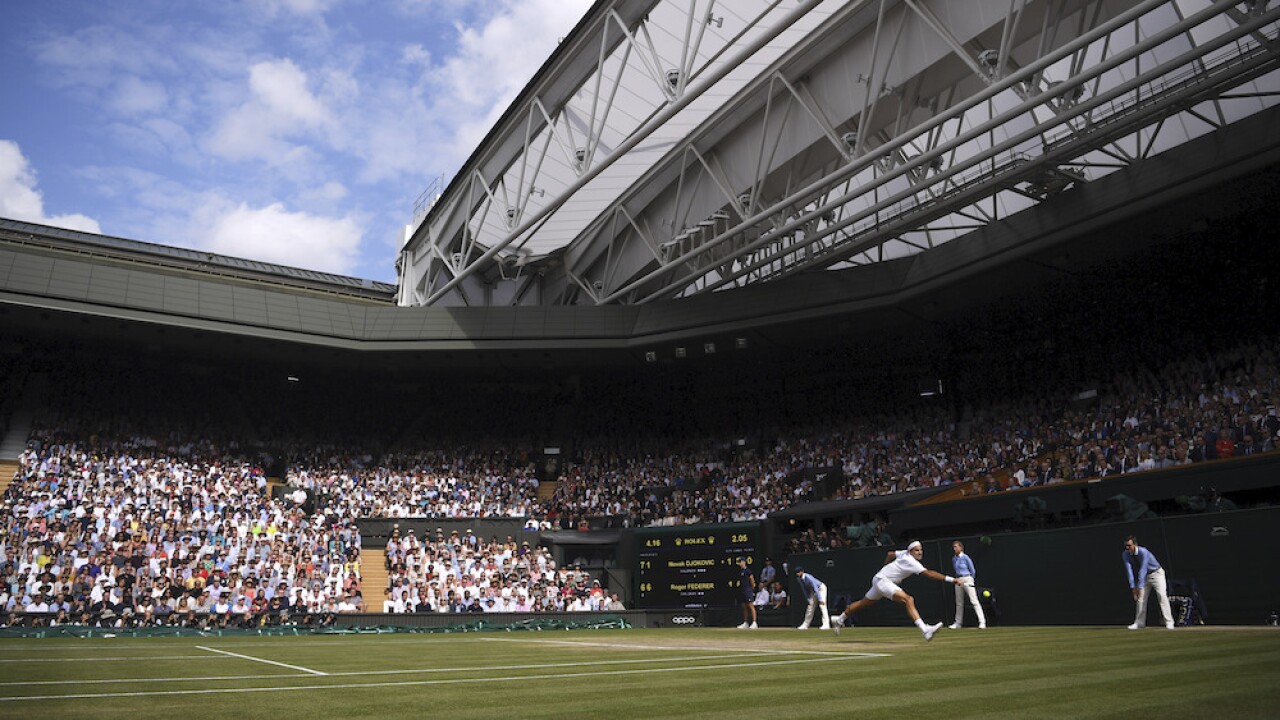 Wimbledon has been canceled for the first time since World War II because of the coronavirus pandemic.

The All England Club announced after an emergency meeting that the oldest Grand Slam tournament in tennis would not be held in 2020.

Wimbledon was scheduled to be played on the outskirts of London from June 29 to July 12.

"Following a series of detailed deliberations on all of the above, it is the Committee of Management’s view that cancellation of The Championships is the best decision in the interests of public health, and that being able to provide certainty by taking this decision now, rather than in several weeks, is important for everyone involved in tennis and The Championships," the club said in a statement Wednesday.

The club added tickets will be refunded, and fans will be given the opportunity to purchase tickets for the same day and court during the 2021 tournament.

The club also said it is in the process of developing a plan to support "those who rely on The Championship" for financial support, including staffers and players. The club did not go into specifics.

Wimbledon now joins the growing list of sports events scrapped in 2020 because of the COVID-19 outbreak. That includes the Tokyo Olympics, the NCAA men's and women's college basketball tournaments and the European soccer championship.

The last time Wimbledon was called off was 1945.