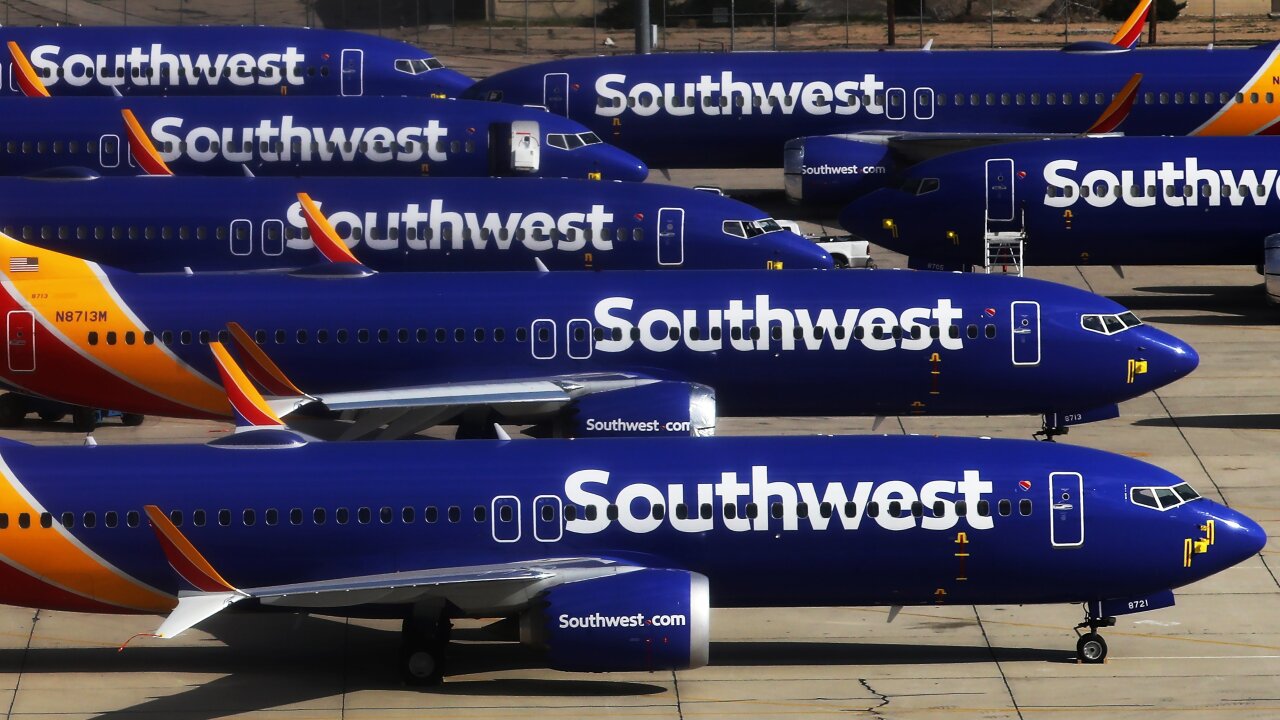 Two major US airlines announced plans Friday to pull the Boeing 737 MAX f rom their schedules into March, raising the prospect the plane could be out of service for nearly a full year.

The MAX was grounded by regulators worldwide earlier this year after two fatal crashes killed 346 people. The Federal Aviation Administration issued its order on March 13, 2019.

Southwest Airlines, which operates the largest US-based fleet of Boeing 737 MAX jets, announced Friday it anticipates the plane returning to service on March 6, 2020. It cited "continued uncertainty around the timing of MAX return to service" by the FAA.

American Airlines then announced it expected to the MAX begin flying again on March 5, 2020.

The return-to-service dates provided by the airlines are hardly set in stone, considering they're contingent upon Boeing completing its work to fix problems with the plane, and regulators' acceptance that those changes are sufficient.

There will likely be other lags in the return to service, even once regulators give it the stamp of approval. Airlines must move their pilots through training, rearrange their flight schedules to include the planes and sell those seats, for example.

Southwest had previously removed the MAX from its flight schedules through early February. American had expected the grounding order to be lifted in late 2019, and said the plane would carry its first passengers in early January.

The airlines are currently canceling dozens of flights daily due to the grounding.

The announcement comes after an FAA audit found information missing from documentation Boeing submitted to regulators explaining its fixes to the MAX, according to a source familiar with the matter who spoke on the condition of anonymity. The missing information has delayed completion of the audit, and as a result has delayed further testing of the software, too.

It also comes as members of Congress investigating the relationship between Boeing and the FAA raised questions about how the agency weighed its own employees' safety concerns. The House Transportation Committee sent the FAA a letter on Thursday requesting information about why the agency approved rudder controls that FAA employees had previously raised concerns about. The agency declined to comment on Friday, saying it will send a letter in response to the committee.