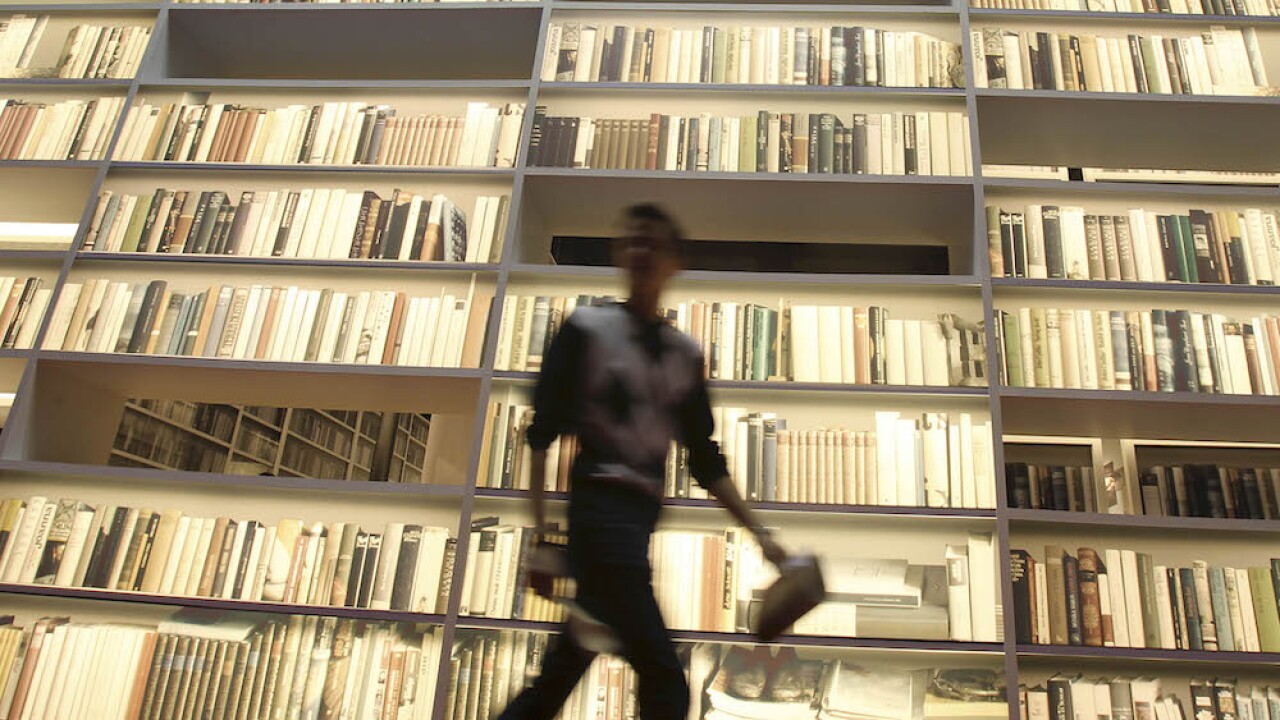 Antonio Calanni/AP
A man walks past bookshelves on display at the Milan's Furnishing Accessories Exhibition, in Milan, Italy, Tuesday, April 17, 2012. The Milan furniture fair, a six-day event which ends next Sunday, was full of experiment and whimsy. (AP Photo/Antonio Calanni)

A school board in Alaska has voted to remove five literary classics — including F. Scott Fitzgerald's "The Great Gatsby" — from the school's English curriculum due to "controversial" content.

The other books banned by the Matanuska-Susitna (Mat-Su) Borough school district near Alaska include "I Know Why the Caged Bird Sings" by Maya Angelou, "Catch-22" by Joseph Heller, "The Things They Carried" by Tim O'Brien and "Invisible Man" by Ralph Ellison.

"Gatsby," "Invisible Man" and "Carried" were all banned on the grounds of sexual references and explicit language. The board cited "Catch-22" for descriptions of violence in its banned.

For "Caged Bird," the board based its ban on descriptions of sexual abuse and "anti-white sentiments."

The board voted 5-2 on April 22 to remove the books from the curriculum.

In an interview with NBC News, school board vice president Jim Hart said the books were removed in order to protect students.

"If I were to read these in a corporate environment, in an office environment, I would be dragged into (an equal opportunity complaint proceeding)," Hart said. "The question is why this is acceptable in one environment and not another."

According to CNN, Jeff Taylor — one of the board members who voted for the measure — reiterated on his Facebook page that the titles would still be in the school's library and that students are free to read them. He said he wanted to give parents more control over the district's curriculum.

Since the board's decision, many community members have taken it into their own hands to share the books with current students. According to CNN, one community member started a Facebook group in the hopes of giving any student that reads all five banned books $100.