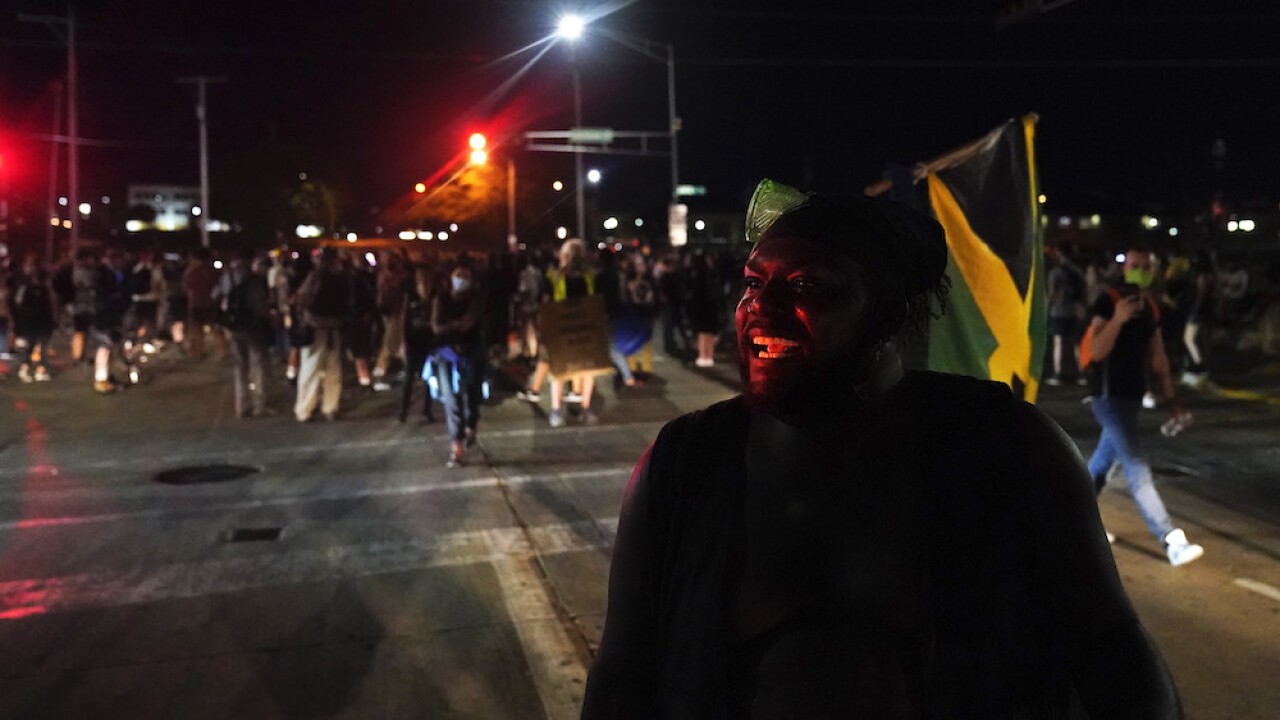 KENOSHA — Attorneys representing Kyle Rittenhouse, the teen charged with homicide in the shooting deaths of two protesters and the injuring of a third in Kenosha, says the 17-year-old has been wrongfully charged after "acting in self-defense."

According to a news release Friday evening, attorney John Pierce of Pierce Bainbridge announced the firm will be representing Rittenhouse.

Pierce argues that Rittenhouse "has suddenly found himself at the center of a national firestorm and charged with murder after defending himself from a relentless, vicious and potentially deadly mob attack in Kenosha, Wisconsin."

That’s a far different narrative than what local authorities have publicly stated. The Kenosha police chief called the shootings a senseless act of violence on protesters.

In the release, Pierce described what the attorneys will be arguing in court on Rittenhouse's behalf.

Pierce argues that when Rittenhouse finished his shift as a lifeguard in Kenosha last Tuesday, he decided he wanted to help clean up damage in Kenosha left amid unrest over the police shooting of Jacob Blake.

He and a friend went to a local high school to remove graffiti, according to Pierce. Later that day, they received information about a call for help from a local business owner, whose downtown Kenosha auto dealership was largely destroyed, Pierce says. The business owner said he needed help defending his business.

So Rittenhouse and his friend armed themselves with rifles and headed to the business. Pierce added that the weapons were in Wisconsin and never crossed state lines.

It was a gun Rittenhouse legally couldn’t carry in Wisconsin due to his age.

Rittenhouse and others stood guard at a mechanics shop near the car depot, even after the curfew was in effect.

Law enforcement soon began to clear Civic Center Park of protesters, pushing many of these people to where Rittenhouse was standing guard, according to his attorneys.

They argue that several times, protesters threatened and taunted Rittenhouse, but he never reacted. "His intent was not to incite violence, but simply to deter property damage and use his training to provide first aid to injured community members, according to the attorneys.

They argue that Rittenhouse soon became concerned about protesters injured in clashes with police, and went to provide first aid at a gas station. As he was returning to the mechanics shop after providing aid, he found that police formations had blocked his way, so he returned to the station.

Attorneys say protesters then began to chase Rittenhouse, still armed with a long rifle, and he attempted to run away. "Upon the sound of a gunshot behind him, Kyle turned and was immediately faced with an attacker lunging towards him and reaching for his rifle. He reacted instantaneously and justifiably with his weapon to protect himself, firing and striking the attacker," according to Pierce.

Court records claim one of the victims, Joseph Rosenbaum of Kenosha, threw a plastic bag at Rittenhouse before the teen shot and killed him. Rittenhouse’s attorneys share a different story.

Rittenhouse soon found he was facing against a "mob" as people kicked and swung at him, Pierce argues.

"In fear for his life and concerned the crowd would either continue to shoot at him or even use his own weapon against him, Kyle had no choice but to fire multiple rounds towards his immediate attackers, striking two, including one armed attacker. The rest of the mob began to disperse upon hearing the additional gunshots," according to Pierce.

After allegedly shooting three people, two of whom later died, Rittenhouse walked toward police columns with his hands in the air. "The police did not take Kyle into custody at that time, but instead they indicated he should keep moving," according to the attorneys.

But the criminal complaint shows that as he was walking away, Rittenhouse called his friend to tell him that he just killed someone.

TMJ4 News captured video of Rittenhouse holding his hands in the air as he approached police after the shootings, but officers are seen moving past him to tend to the victims. Chief Miskinis said at the time, there was nothing to suggest Rittenhouse was a threat.

Pierce meanwhile criticized prosecutors in Kenosha, saying they did not conduct a "serious investigation."

"After learning Kyle may have had conservative political viewpoints, they immediately saw him as a convenient target who they could use as a scapegoat to distract from the Jacob Blake shooting and the government’s abject failure to ensure basic law and order to citizens," Pierce concludes.

Rittenhouse turned himself into police in his hometown of Antioch, Illinois on Wednesday morning. He remains detained in Illinois awaiting a decision on when he will be brought back to Kenosha for his court case.

This article was written by Jackson Danbeck for WTMJ.