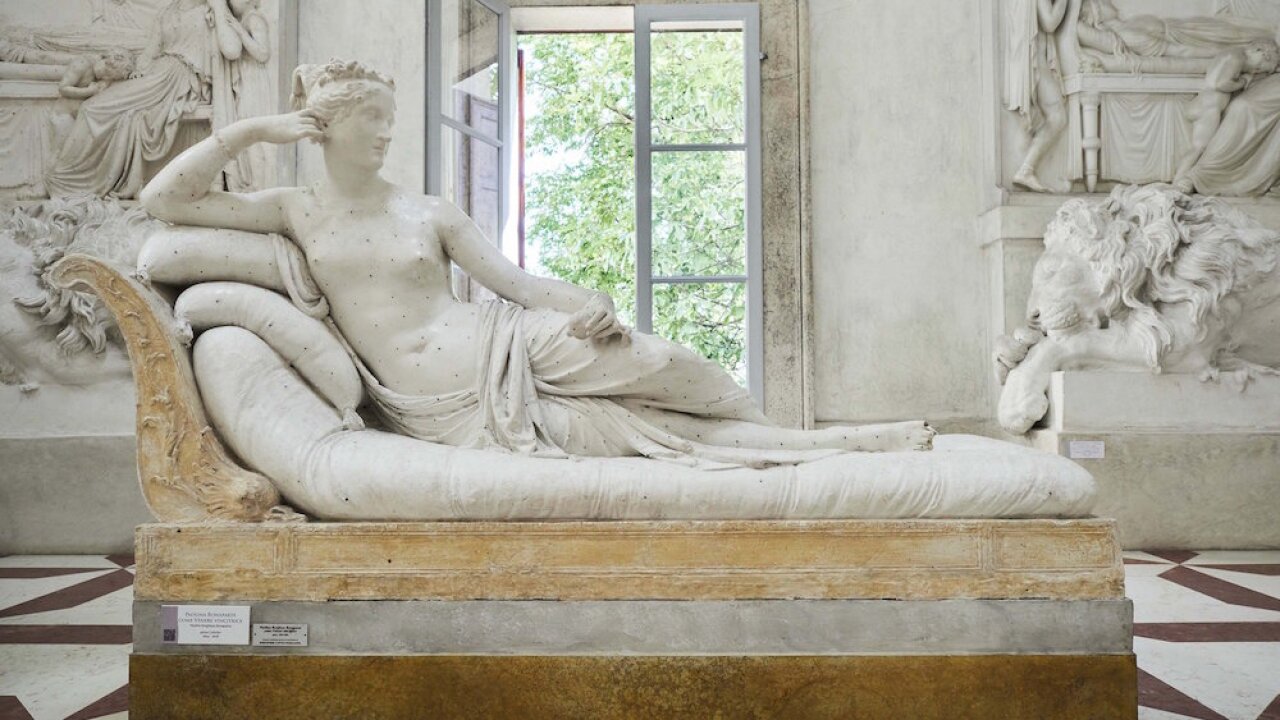 Police in Italy says an Austrian tourist has been accused of breaking off multiple toes of a statue in an Italian museum.

According to a Facebook post by the Carabinieri police, which is located in Treviso, Italy, the tourist allegedly damaged "three fingers of the right foot of a plaster model of the statue 'Paolina Bonaparte as Venus Victorious'" on July 31 at the Gipsoteca Antonio Canova museum.

The statue was made in the early 1800s, police said.

According to a Facebook post by the museum, the tourist sat on the statue and moved away after noticing the damage. Shortly thereafter, a guard noticed the damage and contacted the police. The museum said video surveillance footage captured the incident.

"We reiterate that our heritage must be protected: adopting responsible behavior within the Museum while respecting the works and goods preserved in it is not only a civic duty, but a sign of respect for what our history and culture testifies and that must be proudly handed down to future generations," the museum said in the Facebook post.

On Tuesday, the museum posted on its Facebook page that the tourist "turned himself in" and wrote a letter to the president of the museum after reading about the incident in an Austrian newspaper.

"′I would like to self-sue myself, after today I read about the incident in the Austrian newspapers and it was immediately clear to me that I had to get in touch," the tourist's letter reportedly said according to the museum. "I remain at complete disposal, it was irresponsible behavior on my part, the consequences were not known to me, so I normally continued the visit to the museum and the entire stay in Italy (I didn't escape). During the visit, I sat on the statue, without realizing the damage I evidently caused. I ask you for information on the steps that are necessary on my part in this very unpleasant situation for me and for which, firstly, I apologize in every way."

There is no word if police will fill charges and the museum says they are already working on planning the various phases that will lead to restoring the statue.