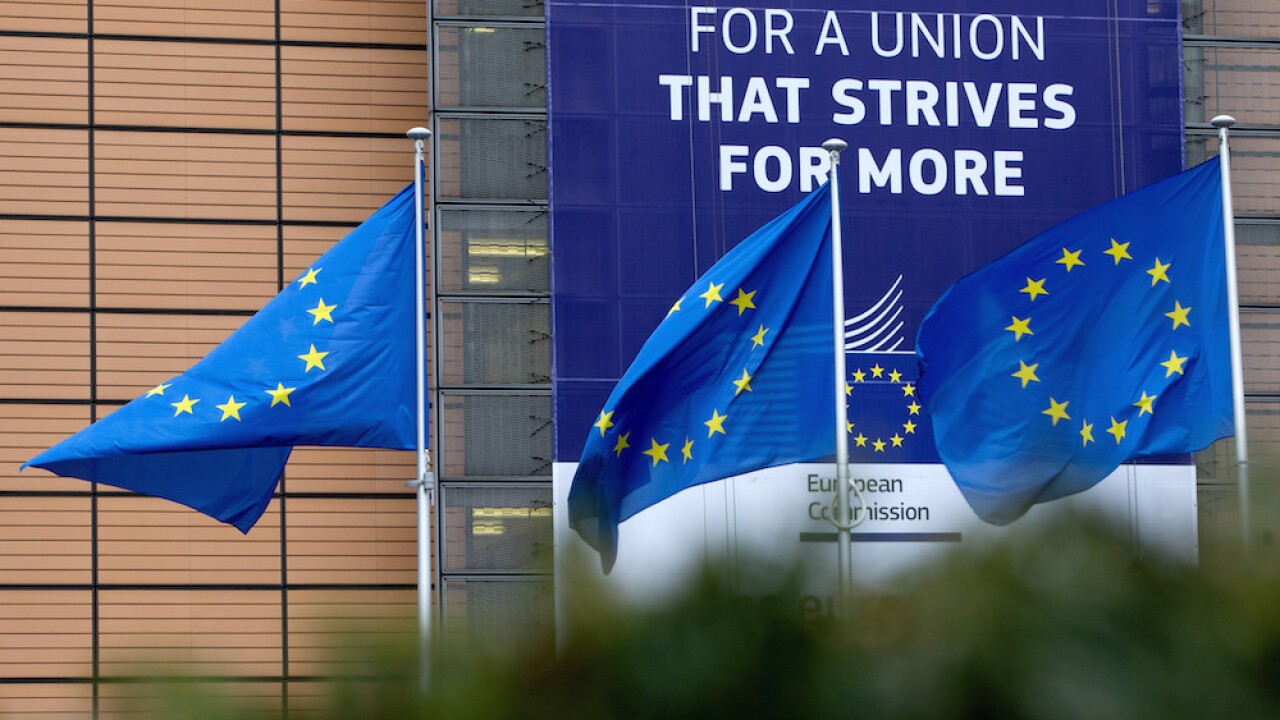 European Union flags flap in the wind outside EU headquarters in Brussels, Monday, Jan. 27, 2020. The U.K. is due to leave the EU on Friday, the first nation in the bloc to do so. It then enters an 11-month transition period in which Britain will continue to follow the bloc's rules while the two sides work out new deals on trade, security and other areas., 2020. (AP Photo/Virginia Mayo)

On Thursday, the European Union condemned President Donald Trump's ban on travel to the continent and says the Trump administration did not consult the coalition before his announcement.

"The European Union disapproves of the fact that the U.S. decision to impose a travel ban was taken unilaterally and without consultation," EU Council President Charles Michel and Commission President Ursula von der Leyen said in a joint statement, according to The Associated Press. "The coronavirus is a global crisis, not limited to any continent and it requires cooperation rather than unilateral action."

During his address on Wednesday, Trump accused the EU of failing to quickly restrict travel to China, the origin of the virus.

In a Wednesday evening address at the White House, Trump announced he would ban all travel from all European countries for 30 days. The United Kingdom is the lone exemption from the ban.

Trump also said in his address that the restrictions would also "apply to the tremendous amount of trade and cargo ... anything coming from Europe to the United States is what we are discussing." The administration later clarified that it was not restricting trade.