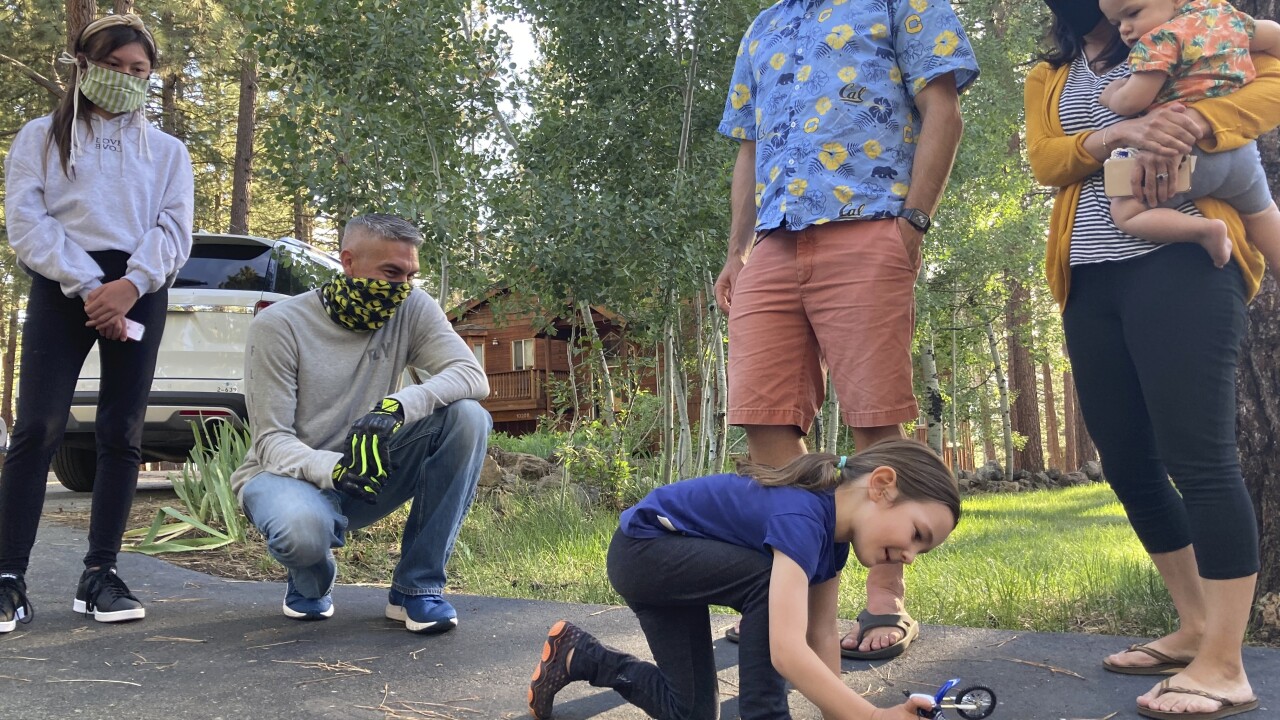 Copyright 2020 The Associated Press. All rights reserved.
Peter Orsi/AP
Vivian Filipic, 4, plays with a toy motorcycle in a driveway in Truckee, Calif., Friday, June 19, 2020, the day before her fifth birthday, in front of, from left, Scarlett Fierro, Craig Fierro, Vivian’s parents Filip Filipic and Kirsten Mickelson, and her brother Luca Filipic, 9 months. Craig Fierro, who owns a motorcycle shop in the city, has brought dozens of the toys to local kids during the coronavirus pandemic over the last two months to brighten their birthdays during shelter-at-home and social-distancing directives. (AP Photo/Peter Orsi)

Among the many casualties of social-distancing directives is the child’s birthday party.

So when coronavirus lockdowns came to Truckee in the California mountains, Craig Fierro wanted to do his part.

Fierro runs a shop specializing in motorized vehicles, parts and maintenance northwest of Lake Tahoe. He also carries brightly colored toy replicas of the motorbikes that are a favorite of kids who come to the shop.

So he started dropping them off as wrapped birthday presents for tots and teens in the community in mid-April. According to the Sierra Sun, Fierro posted on Facebook asking if there were kids celebrating during the pandemic.

After he handed out what he had in his story, Fierro got a surprise when he went to re-order. When the distribution center learned what he was doing, they reportedly sent him double his order.

As of last count, he'd delivered about 50 after extending the gift-giving through June.