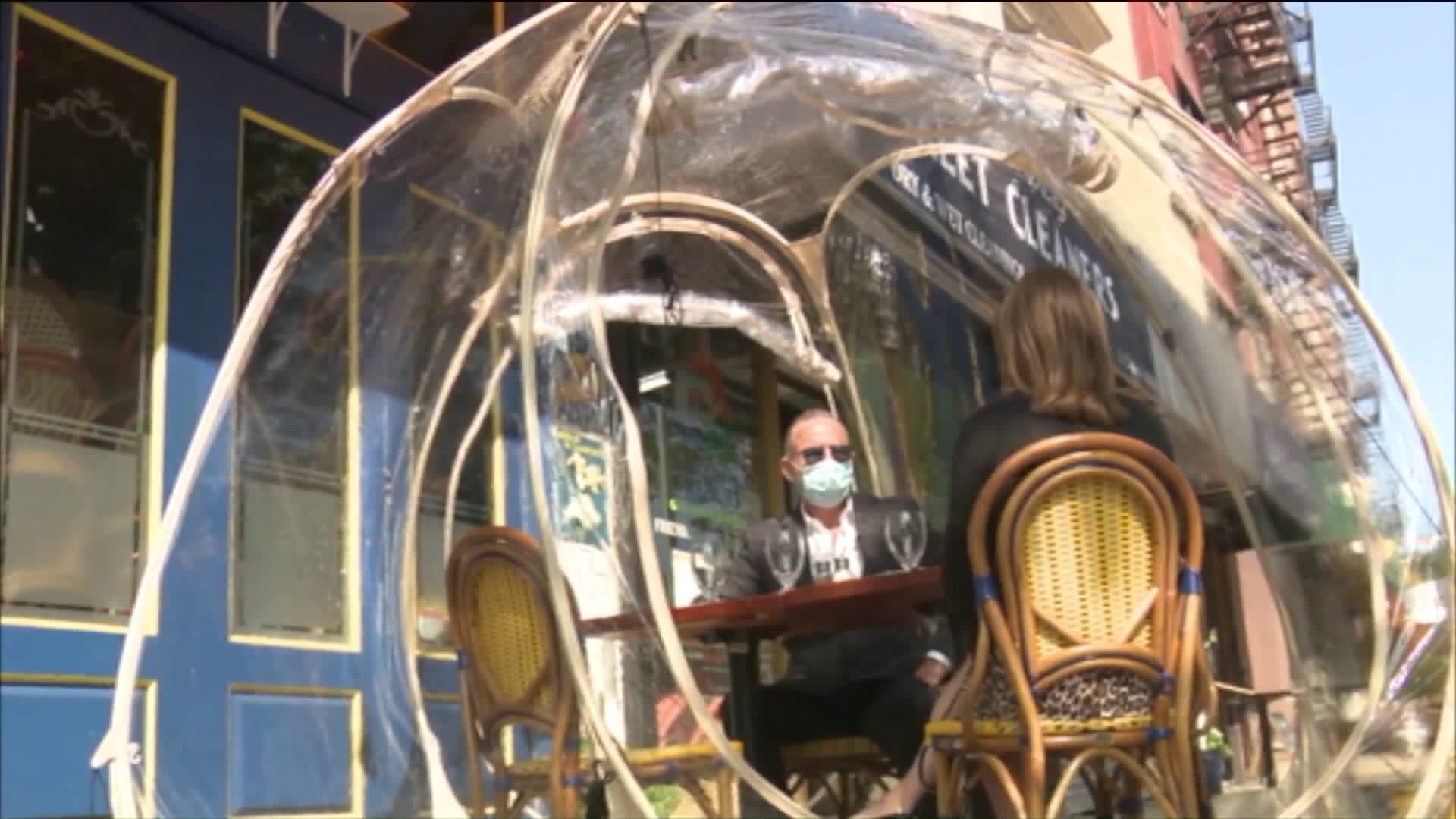 Cafe du Soleil on the Upper West Side has created bubble seating for its customers. The Alvantor bubbles are plastic and can zip open or closed on two sides. 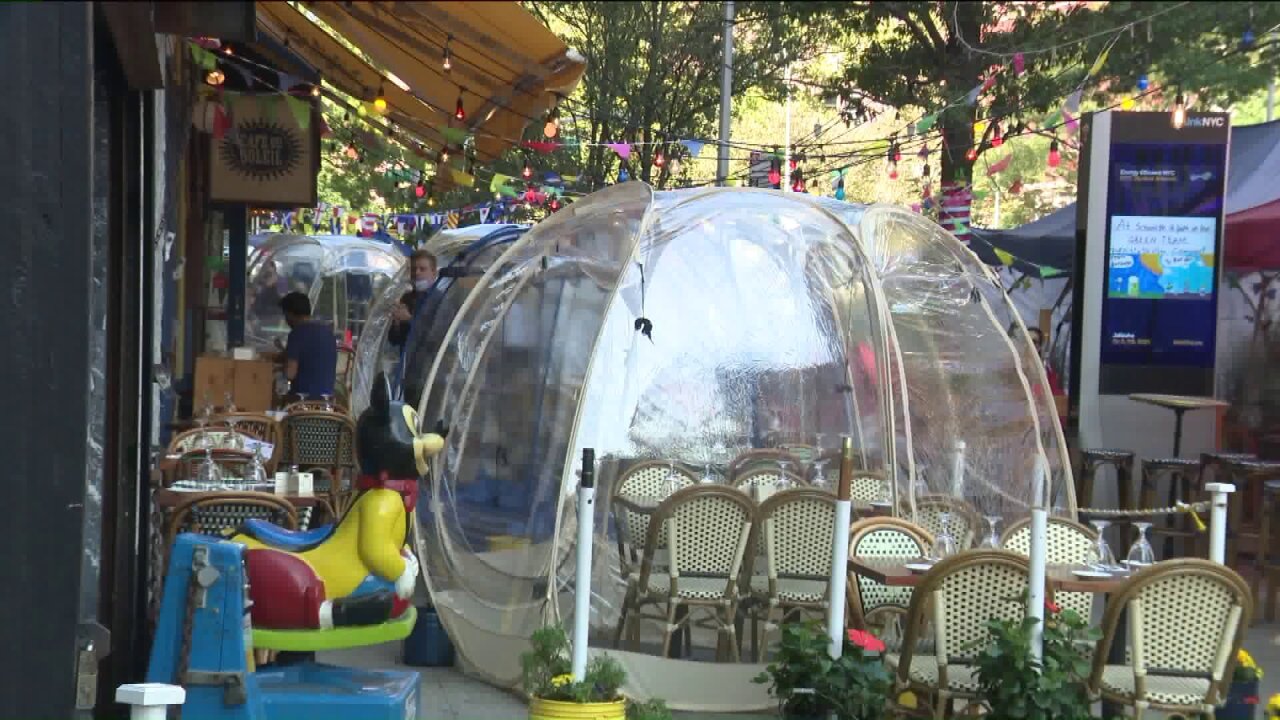 NEW YORK CITY -- Diners at a restaurant in New York City are requesting bubbles. But not the kind of bubbles to float away on, or to drink.

Cafe du Soleil has created bubble seating for its customers. The Alvantor bubbles are plastic and can zip open or closed on two sides. There is plenty of room for a table of four inside.

"I ordered the first bubble in July to try out because I was already thinking about the fall weather," Chevreax said.

The restaurant now has 16 bubble tables.

Cafe du Soleil is one of thousands of New York City restaurants struggling to stay afloat due to the COVID-19 pandemic.

"Now people are aware of the bubble and when they make a reservation they say, 'Can we have a bubble?' I say, 'Of course you can have a bubble,'" Chevreaux said.

In addition to comfort, customers Alfred and Barbara MacAdam said they like that they're protected from other people's germs.

"It also helps the restaurant bring more people in because you are enclosed and therefore protected," Alfred MacAdam said.

While Cafe du Soleil has a plan to supplement indoor dining, which begins in New York on Sept. 30 at 25% capacity, many city restaurants do not.

Despite the start of the fall season on Tuesday, Andrew Rigie, of the New York City Hospitality Alliance, said the city still has not given restaurants guidance on heat lamps.

"We have really been pushing the city, saying these small business owners need an opportunity to plan,” Rigie said. “Are you going to allow propane, which they can't currently use? Can they use electric?"

Rigie said he hopes the state will eventually allow New York City restaurants to increase indoor dining to 50% capacity. But until then, restaurants are doing the best they can.

This story originally reported by Allison Kaden on PIX11.com.